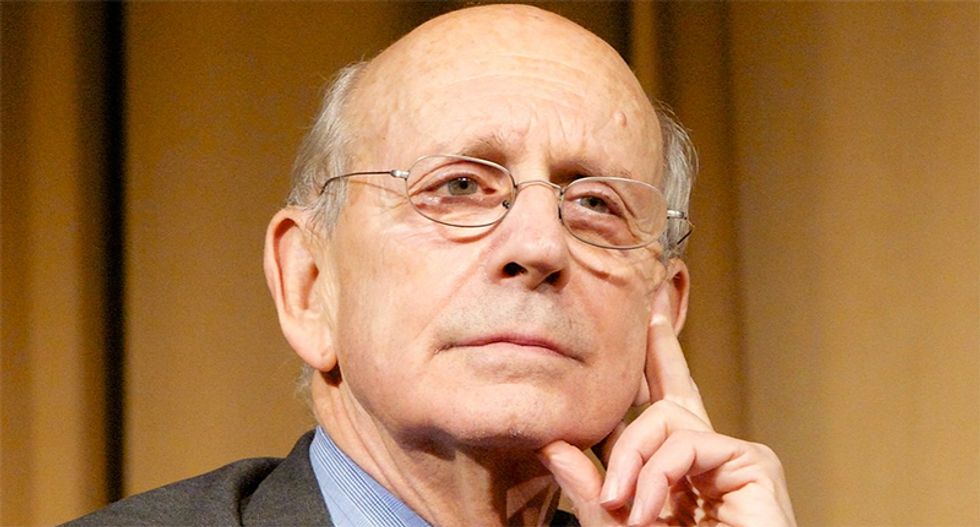 "Today's decision can only cause one to wonder which cases the Court will overrule next," Breyer wrote in a dissent of a case handed down Monday, overturning decades of Supreme Court precedent.

These bills are direct assaults on Roe v. Wade. Experts know if some will become law, will get challenged, and ultimately will wind up in the federal courts – which are growing increasingly conservative – and ultimately, at the Supreme Court.

It's important to put Justice Breyer's warning in context. As NBC News's Heidi Przybyla notes, "More than 300 proposals to restrict abortion have been introduced in states between January and March of this year."

👉🏻More than 300 proposals to restrict abortion have been introduced in states between January and March of this yea… https://t.co/l7Fb8MlDaF
— Heidi Przybyla (@Heidi Przybyla) 1557687132.0

Many legal experts weighed in on Twitter, making clear Justice Breyer's warning must be taken seriously.

Professor of Law, University of Michigan School of Law:

From Justice Breyer's dissent in Franchise Tax Board. Hard not to read this as a veiled warning about Roe v. Wade.… https://t.co/fBysn8Dw5z
— Nicholas Bagley (@Nicholas Bagley) 1557757033.0

A Supreme Court Justice is never going to send a bigger warning siren than Breyer does in his dissent today. https://t.co/uTc9gE5ZRZ
— Daniel Jacobson (@Daniel Jacobson) 1557757663.0

Attorney and writer at Slate: