Resurfaced 2012 video proves very awkward for Marco Rubio: 'An attorney general held in contempt of Congress is someone who should resign' 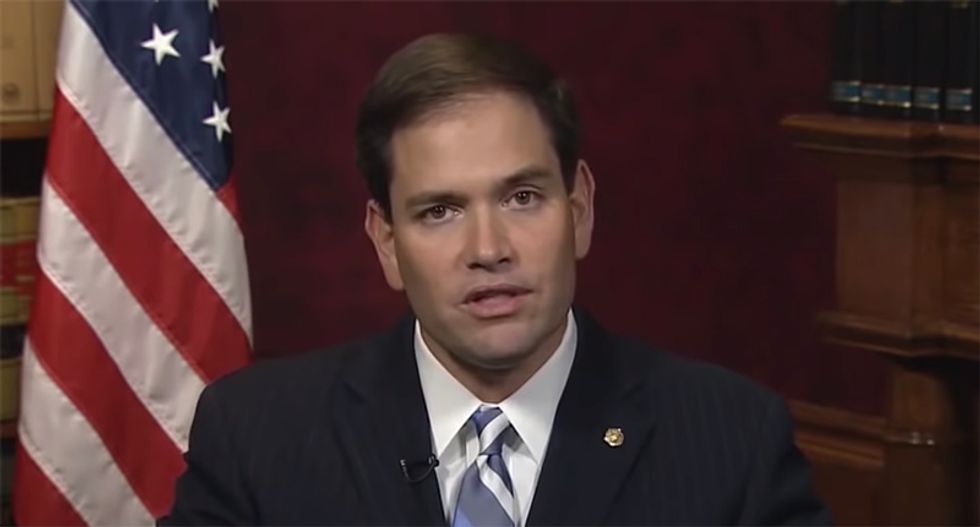 On Wednesday, the House Judiciary Committee, which is chaired by Rep. Jerrold Nadler of New York, voted to advance a vote on holding Attorney General William Barr in contempt of Congress for refusing to give Congress an unredacted copy of special counsel Robert Mueller’s final report for the Russia investigation. In response, President Donald Trump and the White House are making an assertion of executive privilege, saying that Barr is under no obligation to comply with the committee’s requests. Trump, however, is hardly the first U.S. president who has made an executive privilege assertion; they have also been made by Bill Clinton, George W. Bush, Richard Nixon and others. And a video has surfaced of Sen. Marco Rubio, in 2012, asserting that then-Attorney General Eric Holder should resign for being in contempt of Congress.

The political landscape in Washington, D.C. was much different in 2012. Democrat Barack Obama was president, while Republicans had a strong majority in the House of Representatives thanks to the red wave in the 2010 midterms. And Rubio — weighing in on the #FastandFurious controversy, the Obama Administration’s assertion of executive privilege and House Republicans finding Holder in contempt of Congress — was demanding Holder’s resignation.

“No one can be above the law, not even the attorney general,” Rubio declares in the 2012 clip.” And the Florida Republican adds, “I think an attorney general held in contempt of Congress is someone who should resign.”

The Rubio of 2012 also says, “I think it is outrageous that any attorney general, Republican or Democrat, refused to comply with Congress’ constitutional right to hold them accountable and the Justice Department accountable. I would say that if this was a Republican.”

Seven years later, Rubio is still in the U.S. Senate — and he discussed Barr in a May 8, 2019 tweet, posting, “If, like Eric Holder, William Barr ever authorizes a program like #FastandFurious that gives drug dealers guns subsequently used to kill a U.S. agent, lies about it and then refuses to provide Congress information, he should resign.” Never Trump conservative Bill Kristol, known for his many years at the now defunct Weekly Standard, responded on Twitter, “Great statement by Marco Rubio.”