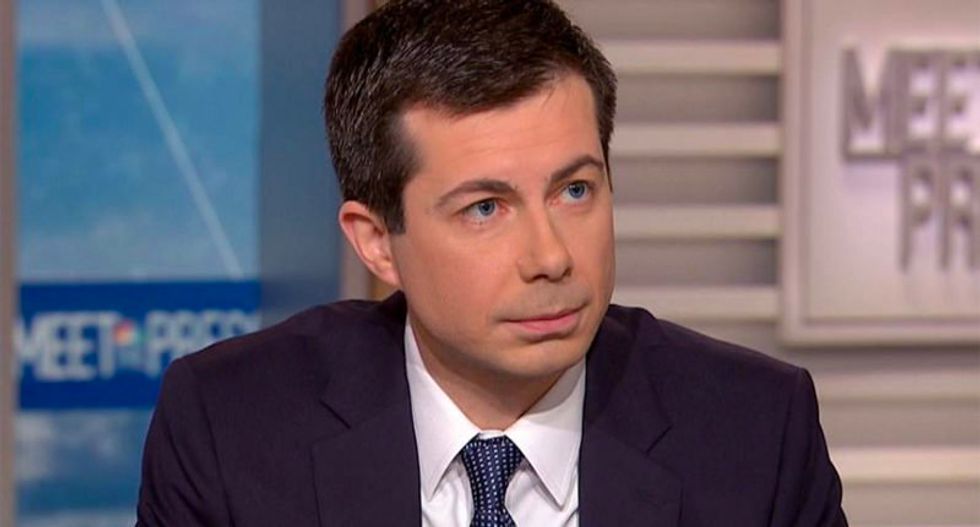 "We're told we need to choose between supporting an auto worker and supporting a trans women of color, without stopping to think about the fact that sometimes the auto worker is a trans woman of color and she definitely needs all the support that she can get,” Buttigieg said during a speech at the Human Rights Campaign gala in Las Vegas, according to azcentral.com.

“When an auto worker, 12 years into their career, is no longer sure how to provide for their family, they’re not part of the country we think of ourselves as all living in together,” he continued. “That’s why we can’t seem to get on the same page.”

Trump, Buttigieg said, has “mastered the practice of the most divisive form of such politics, which is white identity politics, designed to drive apart people with common interests.”

“What I worry about is not the president’s fantasy wall on the Mexican border that’s not going to get built anyway,” he said. “What I worry about are the very real walls that we are putting up between us as we get divided and carved up.”

Buttigieg, a gay man, emphasized unity throughout his speech, stressing the need for “hopeful and audacious voices” to bring people together.

“What every gay person has in common with every excluded person of any kind is knowing what it’s like to see a wall between you and the rest of the world and wonder what it’s like on the other side,” he said.

"I am here to build bridges and to tear down walls,” he added.