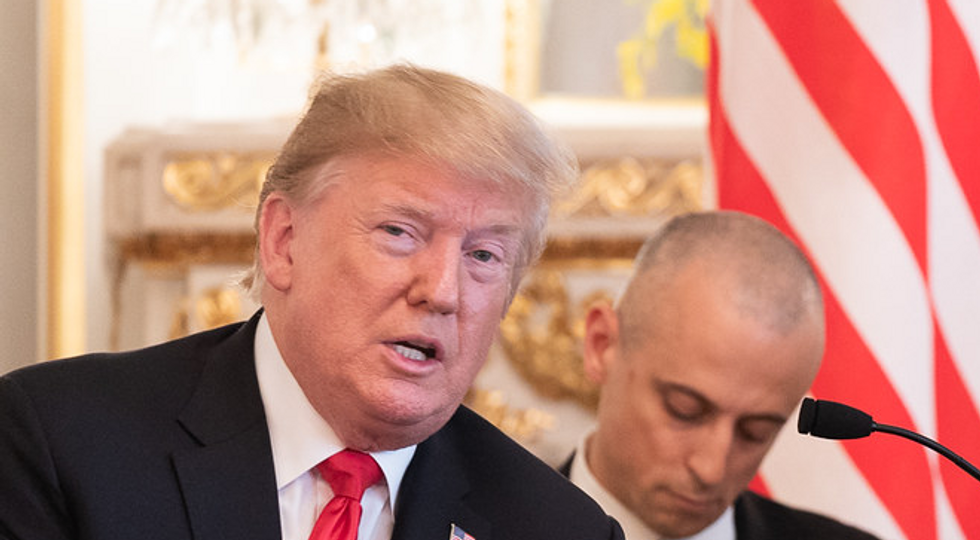 Under President Donald Trump, the U.S. government will be largely rolling back efforts to seriously grapple with the coming dangers posed by climate change, a report in the New York Times revealed Monday.

In the next few months, the White House will complete the rollback of the most significant federal effort to curb greenhouse-gas emissions, initiated during the Obama administration. It will expand its efforts to impose Mr. Trump’s hard-line views on other nations, building on his retreat from the Paris accord and his recent refusal to sign a communiqué to protect the rapidly melting Arctic region unless it was stripped of any references to climate change.

And, in what could be Mr. Trump’s most consequential action yet, his administration will seek to undermine the very science on which climate change policy rests.

Trump officials are directing the many of the administration's researchers and scientists to severely restrict their modeling of climate change and global warming going forward. Instead of projecting possible climate scenarios up through 2100, the administration will cut the models off at 2040, at which point many of the most extreme effects of climate change are unlikely to have been felt.

While the administration argues that this is a prudent move to improve the "accuracy" of the models, it's clear that it's driven by the GOP"s ideological commitment to denying the reality of climate change and the impact of carbon emissions. And experts in climate science, both in the United States and across the world, recognize that these expanded models are vital for understanding the future — and what must be done to limit the damage. Michael Oppenheimer, a Princeton professor of geosciences and international affairs, told the Times that ignoring the worst case scenarios is "like designing cars without seatbelts or airbags.” And without the U.S. government involved in these efforts, valuable scientific findings might be delayed or missed.

As for Trump personally, the report suggested that he is not so much a committed soldier in this ideological struggle over climate change than he is an all-purpose right-wing troll:

Mr. Trump is less an ideologue than an armchair naysayer about climate change, according to people who know him. He came into office viewing agencies like the Environmental Protection Agency as bastions of what he calls the “deep state,” and his contempt for their past work on the issue is an animating factor in trying to force them to abandon key aspects of the methodology they use to try to understand the causes and consequences of a dangerously warming planet.

For Mr. Trump, climate change is often the subject of mockery. “Wouldn’t be bad to have a little of that

good old fashioned Global Warming right now!” he posted on Twitter in January when a snowstorm was freezing much of the country.

His views are influenced mainly by friends and donors like Carl Icahn, the New York investor who owns oil refineries, and the oil-and-gas billionaire Harold Hamm — both of whom pushed Mr. Trump to deregulate the energy industry.