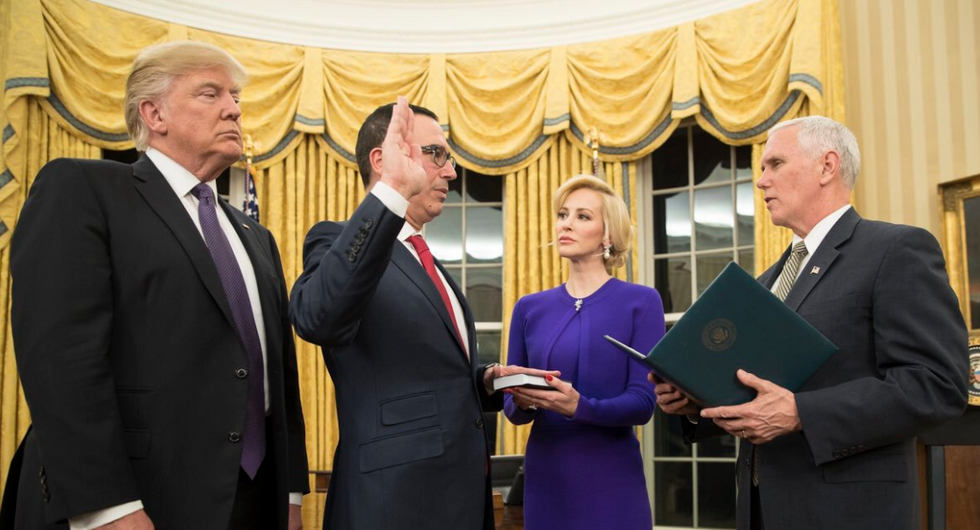 "The IRS is under a mandatory obligation to provide the information requested," states the subpoena. "The IRS has had more than four weeks to comply with the committee's straightforward request. Therefore, please see the enclosed subpoena."

"The American people deserve the truth about Trump's deeply concerning conflicts of interest and his profiting from the presidency—and Congress is one step closer to delivering those answers," Stand Up America founder and president Sean Eldridge said in a statement.

"Compliance is not optional," Eldridge added. "If Secretary Mnuchin fails to comply with these subpoenas, Chairman Neal has no option but to hold him in contempt of Congress and take them to court."

Trump has vowed to fight all subpoenas issued by congressional Democrats.

On Wednesday, as Common Dreams reported, the House Judiciary Committee voted to hold Attorney General William Barr in contempt of Congress for refusing to comply with a subpoena for the unredacted Mueller report and all underlying evidence.

In the face of the Trump White House's refusal to comply with congressional oversight efforts, progressives have urged Democrats to begin sending administration officials to jail.

"If Mnuchin doesn't comply," Benson wrote, "throw him in jail."