Here's how Trump's new aggressive tariffs on Mexico will work 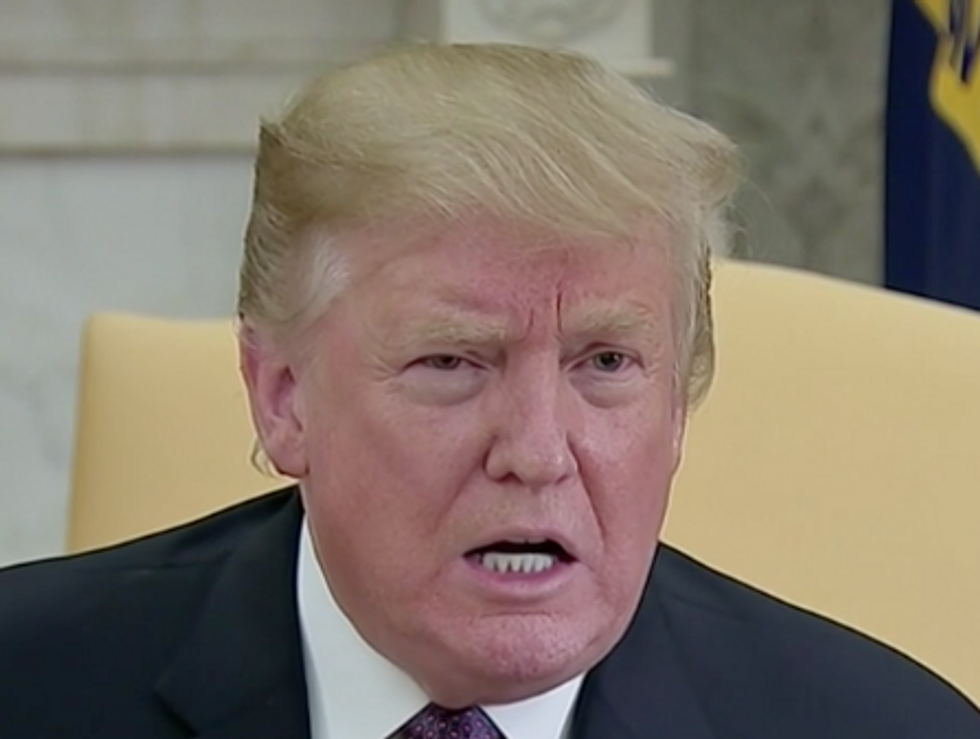 President Donald Trump announced on Thursday that the United States will begin levying steadily increasing tariffs on Mexican imports in response to what he sees as a crisis on the border.

Though Trump usually claims otherwise, tariffs are import taxes that get passed on to American consumers. This can hurt the targeted country, but it does so by raising taxes — and therefore prices — on Americans. In other words, this move is a far cry from Mexico paying for a wall, though it seems Trump has long since abandoned that absurd promise.

In an official statement, the White House explained how the escalating tariffs will work:

To address the emergency at the Southern Border, I am invoking the authorities granted to me by the International Emergency Economic Powers Act. Accordingly, starting on June 10, 2019, the United States will impose a 5 percent Tariff on all goods imported from Mexico. If the illegal migration crisis is alleviated through effective actions taken by Mexico, to be determined in our sole discretion and judgment, the Tariffs will be removed. If the crisis persists, however, the Tariffs will be raised to 10 percent on July 1, 2019. Similarly, if Mexico still has not taken action to dramatically reduce or eliminate the number of illegal aliens crossing its territory into the United States, Tariffs will be increased to 15 percent on August 1, 2019, to 20 percent on September 1, 2019, and to 25 percent on October 1, 2019. Tariffs will permanently remain at the 25 percent level unless and until Mexico substantially stops the illegal inflow of aliens coming through its territory. Workers who come to our country through the legal admissions process, including those working on farms, ranches, and in other businesses, will be allowed easy passage.

The emergency at the border, such as it is, has been the result of a large influx of migrants traveling through Mexico from Central American countries, many of whom are seeking asylum. Asylum seeking is a form of legal migration, though the president often mischaracterizes it as illegal. The surge of families seeking asylum has strained the system, but that is because the administration treats them like a threat and attempts to detain as many as possible while their claims are adjudicated.

"Beyond this being terrible policy, it's ridiculous to think that Mexico could stop migration," said Stephanie Leutert, director of the Mexico Security Initiative. "The US Border Patrol itself has a ~70% success rate in stopping migrants who attempt to enter the US undetected (i.e. 30% or so enter successfully. INM is less equipped / more corrupt."

Vox reporter Dara Lind noted that Mexican President Andrés Manuel López Obrador has tried to accommodate Trump's concerns, though he has refused to sign a treaty that would make migrants passing through Mexico to the United States ineligible for American asylum claims. This aggressive step could make him less likely to cooperate with Trump and more likely to retaliate.

"So while the administration has either a) decided that AMLO’s bright line is the thing they need him to do or b) adopted an underpants-gnomes theory of how migration gets stopped, there is more room on the 'less cooperation' side of the curve than on 'more,'" she said.