Here are 5 things people get wrong about safer spaces 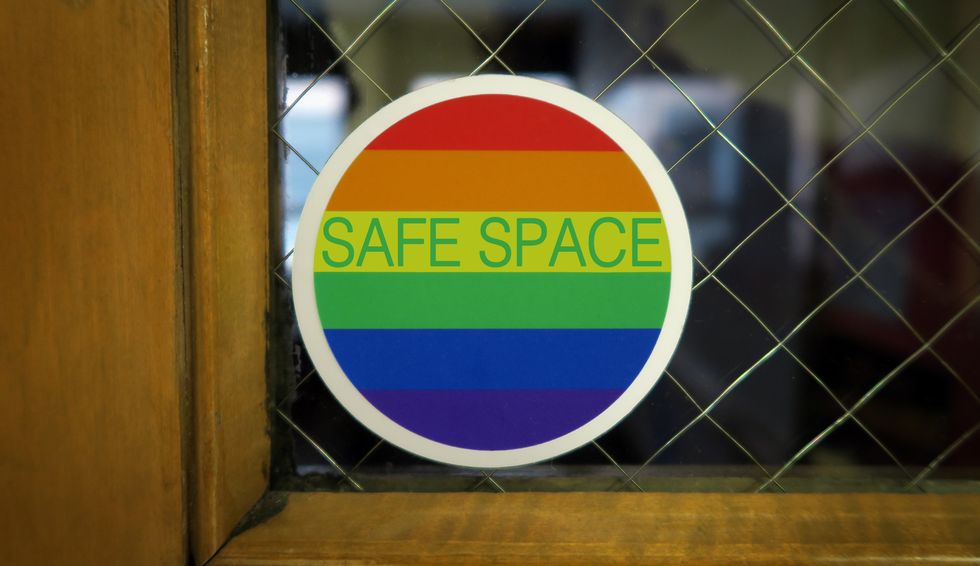 The term “safe space” can often elicit negative reactions. We are fed stories in media about college students who are “triggered” by hearing anything they don’t like. Naturally these exaggerated stories can lead reasonable people to believe that kids these days are just too sensitive.* Meanwhile, online trolls proclaim their Twitter feed is not a safe space, seemingly as an excuse to use discriminatory language and to bully others.

No wonder so many of us assume there’s an extreme and false dichotomy regarding public spaces: that it must either be a hostile, wild-west environment where anything goes or it must impose an Orwellian dictatorship that suppresses free thought and expression. I would argue, these are not our only choices, and this is not the definition of “safe space” that I teach.

Five years ago I began conducting trainings in the Baltimore community to make spaces safer. From bars to bagel shops to book clubs, I provide the tools to make any environment more welcoming for historically marginalized people. I recently wrote a book on the subject Making Spaces Safer: A Guide to Giving Harassment the Boot Wherever You Work, Play, or Gather (AK Press, May 2019). In my work I consciously use the term “safer space,” because no matter how much work we do there will always be jerks out there trying to ruin someone’s good time. But if we can minimize those incidents, by preventing them in advance and responding in a supportive and productive way when they do occur, then those jerks will be outnumbered.

I might sound like an optimist, but really I just have a great outlet for the frustration I feel towards an often unjust world: I front the punk band, War On Women. After screaming into a microphone each night on tour, I come home with an ability to give people the benefit of the doubt. Training venues to become safer spaces has taught me that even folks with the best intentions can get it wrong sometimes. Like harboring misconceptions about what a space needs in order to be considered “safer,” and who it’s meant to be safer for, here are five of the common things people get wrong about safer spaces.

“Safety is about sparing people’s feelings.”

Asking to be respected in a public or semi-private space is not tantamount to insisting no one hurts your feelings. It is about reducing actual ongoing harm.The effects of experiencing long-term identity-based harassment and violence are serious and very real. In her Psychology today article from 2015, “The Link Between Racism and PTSD,” Monnica T. Williams Ph.D. argues that “chronic fear [of racism-related experiences] may lead to constant vigilance or even paranoia, which over time may result in traumatization or contribute to PTSD when a more stressful event occurs later.” It makes sense that these effects would occur for people experiencing any type of hate-based harassment or violence. By the time a victim approaches a security guard or cashier about being harassed, they are looking for help, not merely complaining about an inconvenience. They are frustrated or scared and have already been “dealing with it” as long as they can. By supporting them in these moments, you can not only reduce their trauma immediately, but you can lessen the cumulative effects overall.

“If it wouldn’t bother me, then it’s not harassment.”

An old boyfriend of mine used to joke that he would love to have a stranger catcall him. While most people enjoy being complimented, there is a difference between a compliment and harassment. I’ve been followed, leered at, and groped in public too many times to believe “nice ass” yelled at me by a stranger is a mere compliment. Even worse, it’s often only the beginning of an increasingly aggressive interaction. But for those who society regards as sexual subjects, a stranger’s verbal appreciation of their body might be novel, or even fun. My partner will never know how it feels to always be prepared for violence from men, or expected to regard everyday harassment as no big deal.

As a white cisgender woman, I will never know what it’s like to live as a person of color or a transgender or gender non-conforming person. I consider the word “ally” to be a verb;  I’ve taken anti-racism courses, read books, have helped organize Baltimore’s Transgender Day of Remembrance, and try to listen when people who don’t look like me share their life experiences. Still, I’ll never know every single variety of harassment that other folks face. There’s good news though: I don’t have to and neither do you. All we have to do is believe people when they say they were harassed. Believing someone and treating them with respect is the beginning of real support. You don’t have to identify with what they’re going through, but you can empathize that they’re going through it.

Crying “Free speech!” anytime you’re confronted about something you said or did is a common tactic used to silence people. Someone responding to another person’s discriminatory remarks, or even just their shitty attitude, is not infringing on the right to free speech; it is literally exercising the right of free speech. To ask that the people gathering in a space not act like total jerks to each other is not an assault against this right. It can take a lot of strength for a marginalized person to speak for themselves and say, “Hey, do you mind not saying that to me? Thanks.” Too often when women, people of color, or LGBTQIA folks complain about mistreatment to staff, they are not taken seriously or, worse, harassed again. So they often stay quiet about what happened, or go so far as to leave, abandoning their good time in hopes of not being harassed again. But if people know that a venue will not tolerate harassment, then they can feel confident enough to speak up when it does happen. In effect, a safer space encourages everyone to exercise free speech, especially people that are usually silenced.

Making spaces safer is about creating an equilibrium, even if just for a short while. For example, generally speaking white people take for granted a freedom to move in public space that other folks don’t always have. Creating a safer space mimics that freedom of bodily autonomy and general respect, and extends it to everyone. The cool thing is this in no way limits anyone else’s enjoyment because “fun” is not a finite resource!

Sometimes the subtext of “no fun” is “no sex.” This is a fundamental misunderstanding of what safer spaces are, and the goals of those helping to organize them. However, if you’re worried that encouraging safer spaces will lead to less sex, it’s probably time to revisit your ideas of courtship. The goal of a safer space is to facilitate an environment where people can feel comfortable being themselves and interact with others without worrying about being harassed or discriminated against. It is possible to approach and show interest in someone without reducing them to a stereotype, using offensive language, or touching them inappropriately. If you need some pointers on this, there is an entire chapter dedicated to healthy flirting in my new book.

At the core of safer spaces is the idea that if someone feels harassed, they’ve been harassed and deserve support. Period. But in our victim-blaming culture we’ve learned to put qualifiers on our support, as if we are uniquely trained to decide who truly deserves it. We ask questions like “Do you know them? Why were you talking to them?” and “What did you expect?” without thinking how hurtful this can sound to a victim. That core idea also fails to address the conflicting and overlapping power relations that run through our society. Making a space safer needs to include white people questioning what may be racial biases in handling situations regarding people of color and harassment, especially considering women and queer women of color are affected by violence and sexual violence at disproportionately higher rates. The core idea that victims deserve support also begs the question, “What does support look like?” Think about a time you felt uncomfortable or unsafe. Did people stick up for you? Do you wish they did? Did you search, hoping to catch someone’s eye to assure you that what just happened really happened? If they did help, were you annoyed when it seemed like they spoke for you instead of to you? Solutions to tough problems like hate-based harassment and violence will never be simple or easy. But with hate crimes steadily on the rise, you can do your part by creating safer spaces wherever you go. Start today with something small. I promise it won’t feel small to the people you’re supporting.

*For the record, a “trigger” is not an unpleasant comment from a teacher. Psychologically speaking, it’s the sights, sounds, smells, or thoughts that remind someone of a previous traumatic event, as in a car accident, an assault, or even witnessing the abuse of someone else. It’s a serious and well-researched phenomenon.

Shawna Potter is the author of Making Spaces Safer: A Guide to Giving Harassment the Boot Wherever You Work, Play, or Gather (AK Press, May 2019). Special thanks to my critical readers: Rahne Alexander, Chris Bolesta, Leah Michaels, Emily Ferrara, and Michael Kennedy.