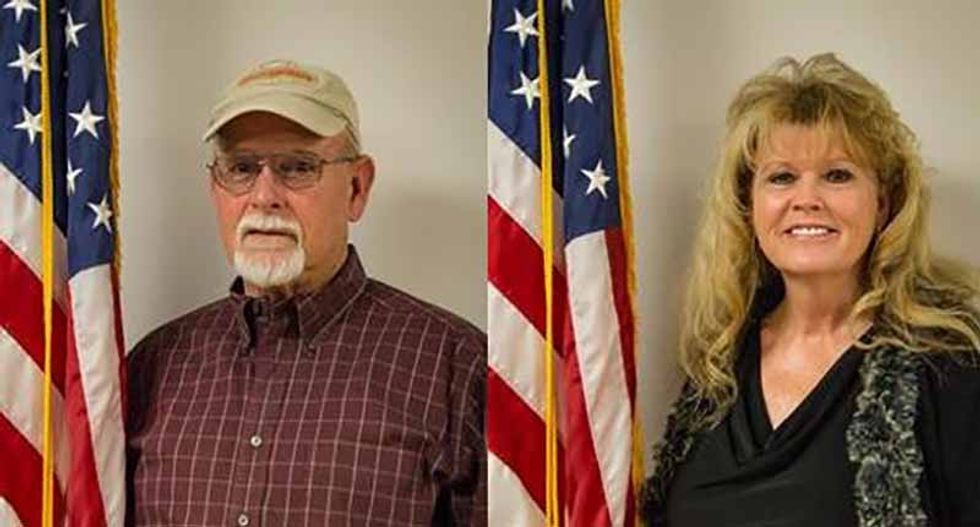 A Georgia councilman who came to the defense of the city’s mayor after she was accused of racism said that interracial marriage is “just not the way a Christian is supposed to live.”

Mayor Theresa Kenerly of Hoschton came under fire recently after she allegedly told a member of the council that she rejected a job applicant “because he is black, and the city isn’t ready for this,” according to The Atlanta Journal-Constitution.

Kenerly later denied that she made the remarks.

“I do not recall making the statement attributed to me regarding any applicant for the City Administrator position, and I deny that I made any statement that suggest (sic) prejudice,” she said in a statement.

Hoschton, which is nearly all white, has a city code against discrimination based on “race, national origin, color, religion, creed, age, sex.”

Councilwoman Hope Weeks confirmed in an email that Kenerly made similar remarks to her in the parking lot.

“She proceeded to tell me that the candidate was real good, but he was black and we don’t have a big black population and she just didn’t think Hoschton was ready for that,” Weeks stated in the email.

But Councilman Jim Cleveland came to the defense of the mayor.

“I understood where she was coming from,” Cleveland said. “I understand Theresa saying that, simply because we’re not Atlanta. Things are different here than they are 50 miles down the road.”

The councilman insisted that he is not racist even though he believes black and white people should not intermarry.

“I have black friends, I hired black people,” Cleveland added. “But when it comes to all this stuff you see on TV, when you see blacks and whites together, it makes my blood boil because that’s just not the way a Christian is supposed to live.”