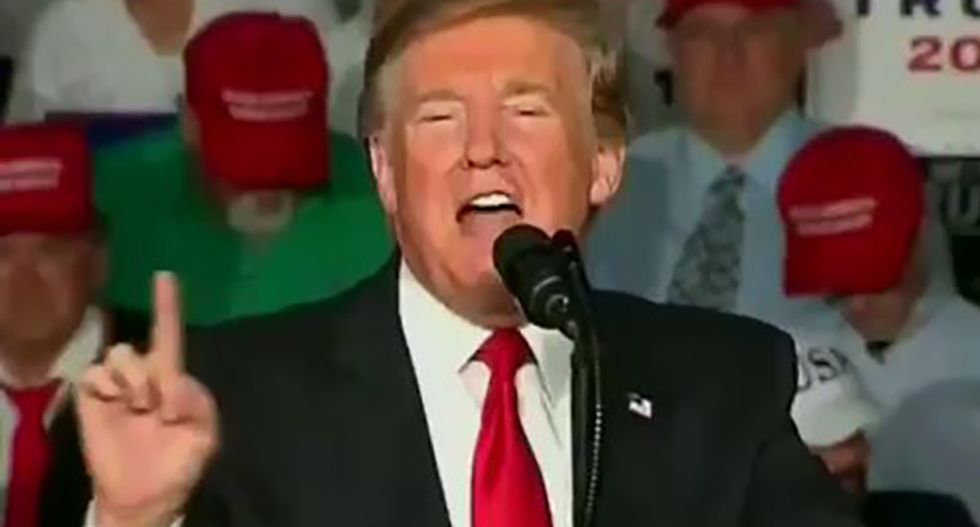 The thing about war crimes is, the military gives you training in how to commit them. That’s not to say that military commanders want you to commit war crimes. There is plenty of training in the rules of engagement with the enemy and the legalities of how to handle prisoners of war. In the army, you are taught how to conduct operations in urban environments so that civilians are not killed accidentally. In the air force, the days of carpet-bombing entire cities are over. Pilots are trained not to engage targets on the ground with so-called “smart bombs” unless cleared to do so by higher command.

But how to do the shooting and bombing necessary to kill the enemy is taught with gusto to military trainees in every branch of service. I covered the court-martial of First Lieutenant William “Rusty” Calley Jr. for his part in the massacre at My Lai in 1968. The trial was held in a small, World War II-era building across the street from a football stadium where every morning bayonet training was held. You could hear the trainees in the stadium when you walked into Calley’s court-martial.

“What is the spirit of the bayonet?” the drill instructors would yell.

“TO KILL SIR!” would come the reply from 150 or so hoarse throats. The drills went on and on. We’d be walking into the court building following Calley and his attorneys, and we could hear them screaming behind us: “TO KILL SIR!”

One morning, several other reporters and I walked across the street to the stadium and watched for a while before the court-martial began. There were long lines of trainees in combat fatigues and helmets holding rifles fixed with bayonets. When it was their turn, each trainee attacked canvas dummies suspended on ropes between overhead frames and the ground, stabbing at the dummies with their bayonets, growling and screaming “KILL! KILL! KILL!” at the top of their lungs.

“I CAN’T HEAR YOU!” the drill instructors would yell, and the trainees would scream louder.

When Calley’s court-martial took a coffee break every day at mid-morning, the bayonet training was still going on. We had been inside a small courtroom for two or three hours listening to testimony about the killing of more than 500 Vietnamese villagers in My Lai in 1968 by Lieutenant Calley and his platoon, and the whole time, hundreds of soldiers had been across the street screaming KILL, KILL, KILL and attacking the dummies with their rifles and bayonets.

Only two years before, I had taken bayonet training in that very football stadium every morning for a week when I attended the Infantry Officer Basic Course, a two-month block of training every infantry lieutenant had to undergo. Lieutenant Calley had done the same bayonet training two years before I did, in 1967. Now here they were, still giving soldiers who might be ordered to Vietnam the training necessary to commit war crimes. Instruction in why they should not do so would come later.

The first day Calley took the stand in his own defense at his court-martial, I thought some of his testimony sounded familiar. “I’ve heard those words before,” I told Bill Greider, who was covering the trial for the Washington Post. At noon, during the lunch break from the trial, I drove over to one of the training companies at the Infantry School where a classmate of mine was the company commander and asked him if he would loan me a copy of the Infantry School field manual on combat training. I looked up the section on “the standing assault,” and sure enough, there were Calley’s words. He had memorized whole sections of the field manual and was using the exact wording of the Army’s field manual as his defense. He was telling the jury that all he did in Vietnam was precisely what the army had trained him to do.

I wrote a story that week called “The Good Lieutenant,” about how Calley, in a perverse way, was the perfect product of the army’s system. Calley was told that the village of My Lai was filled with Viet Cong, and he was ordered to take his platoon and kill everyone in the hamlet. So that’s what he did. He was using the infamous “I was only following orders” defense discredited at the Nuremberg trials of senior Nazi commanders after World War II. The reason he was using it was that during his training to become an infantry lieutenant he learned that following every order given was his job and that if he didn’t, he would be in big trouble.

I was trained the same way. I was taught that I had to execute every legal order I was given by my commanders, and if I didn’t, I would be court-martialed for failing to follow orders, or insubordination. Almost as an afterthought, we received a couple of hours training on what constituted a “legal” order and what didn’t. But the central force of our training was in the necessity to follow orders. “You won’t know everything your commander knows about the battlefield,” our instructors said. So the best thing to do was trust your commander and follow his orders.

Nearly all of us undergoing training at the Infantry school as young officers understood that a fair amount of what we were taught was bullshit. Those who believed the stuff we were taught about “the standing assault” — who was going to order anyone to stand up when attacking the enemy? — were said to have “believed the bullshit.” Calley was clearly among them.

Only a couple of officers senior to Lieutenant Calley were every court-martialed for My Lai. Most of those charges against senior officers such as the division commander, Major General Samuel W. Koster, were for covering up the massacre and ended up being dropped. Calley’s company commander, Captain Ernest Medina, was tried for having given the order to attack My Lai. He denied the charges and was acquitted.

Calley ended up as the only soldier tried and convicted of the My Lai massacre. He was found guilty of personally killing not fewer than 20 civilians. He was sentenced to life in prison on March 29, 1971. I was in the courtroom when it happened. Two days later, President Richard Nixon ordered him removed from the Fort Benning stockade and placed under house arrest. He would eventually serve three and a half years of house arrest. He was paroled in 1974.

Donald Trump followed in Nixon’s footsteps when he tweeted that a Navy Seal should be released from the brig pending his court-martial. Special Operations Chief Edward Gallagher has been charged with murdering a prisoner, shooting at non-combatants, and obstruction of justice while serving in Afghanistan.

Trump followed his release of the Navy Seal by pardoning former Army First Lieutenant Michael Behenna, who was sentenced to 25 years in prison for killing an Iraqi prisoner of war in 2009. His sentence had already been reduced, and he had been paroled in 2014 after serving just five years of his sentence.

The New York Times has reported that Trump is also considering pardons for several others accused of war crimes, including a Blackwater contractor convicted of killing dozens of Iraqi civilians in 2007.

Trump is pandering to his base, of course, just as Nixon was when he released Calley from custody. Even the circumstances are similar. The nation is again embroiled in unpopular wars. Everyone wants the wars to end, but nobody knows how to make that happen. And everybody feels sorry for the troops ordered over there to fight, in Iraq as in Vietnam, for a lie.

War crimes are unique. Only during a war are you empowered to legally kill other people and given the weapons necessary to kill by the state. But the cases of the soldiers and sailors charged with war crimes have become just another norm for Trump to violate. This time, he has pardoned a murderer, something that no president has ever done. Enemies will remember these things. They will fight harder. They will kill more Americans.

We’ll be paying for Trump and his own war crimes for a very, very long time.