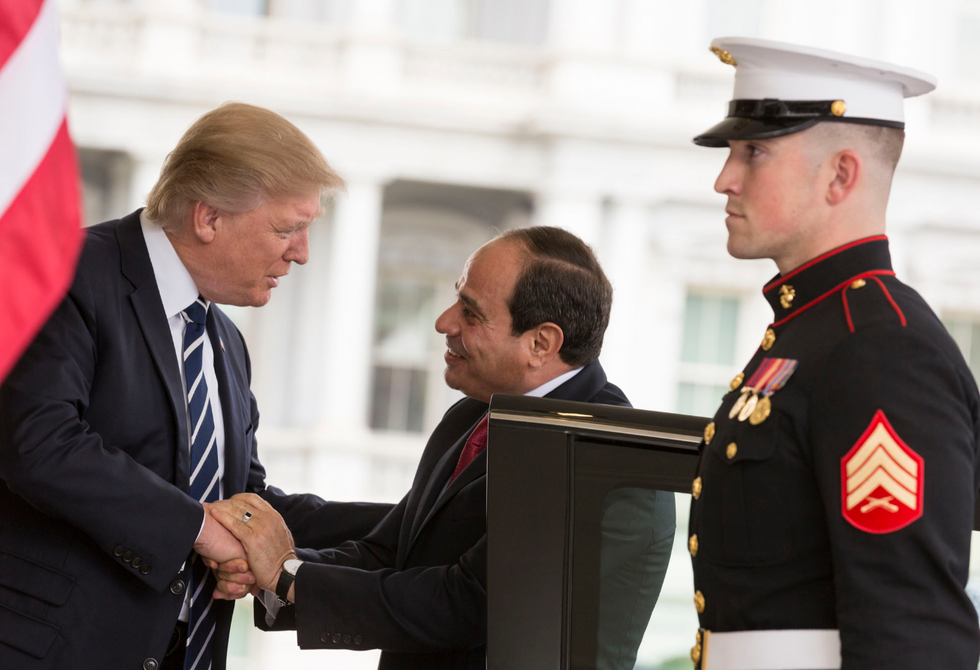 All over the world, alarm bells are ringing for democracy. Everywhere we find strongmen in charge, enraged citizens and a desperate search for explanations and remedies. Rodrigo Duterte’s Philippines. Viktor Orbán’s Hungary. Benjamin Netanyahu’s Israel. Maybe something’s even going wrong in the United States.

In 1992, political theorist Francis Fukuyama declared there was finally a solution to the riddle: “Who should rule, and why?” The answer: liberal democracy.

A generation later, Fukuyama’s declaration is not wearing well.

As it turns out, the structural flaw that would hobble liberal democracy had actually been identified 30 years earlier, in a study called Possessive Individualism by University of Toronto political scientist Crawford Brough Macpherson.

He pointed out that liberal democracy was a contradiction in terms. From the 16th century to the 20th, classical liberals of the British tradition had argued for the rights of the “individual.” In theory and practice, though, they only counted a person as an individual (almost always male) who had command over himself and his possessions, including human ones.

For all his inspiring words about government created by and responsive to “the people,” supposedly liberal philosopher John Locke, investor in the slave trade, had a narrow view of who got to be considered a rights-bearing individual.

The key was property. Society was little more than an agreement among the privileged to respect each other’s property rights.

These liberals were not democrats, but after the rise of industrial capitalism, they had to respond to growing populations of working people with their own, often democratic, ideas. Generations of liberals, with John Stuart Mill at the helm, struggled to reconcile their assumptions about free-standing individuals who owned property with the democratic demands of the exploited and excluded.

Until the 1960s, a softer, gentler liberalism seemed to gain ground. The privileges of propertied individuals were preserved, but at a price: welfare programs, unions, public education, housing and health and, worst of all, taxes.

Still, liberals ultimately had to choose between democracy and capitalism. They might find themselves defending both the rights of workers to unionize and of factory owners to fire them, for example. Which should prevail? Macpherson feared the fall-back answer for liberals, whatever their democratic posturing, would often be the owners.

Macpherson’s critics painted him as “yesterday’s thinker.” Didn’t he realize, they asked, that liberals had found a sweet spot — harmonizing the public and the private, the people and the propertied, the many and the few?

Today, more than three decades after his death, Macpherson’s diagnosis — that the acquisitive drive of unfettered capitalism poses a stark challenge to liberty and democracy — seems very prescient.

Liberal democracy has fallen into a world crisis.

Liberal democrats were working to make democracy safe for property, but to their right were hard-nosed businessmen, economists and politicians working on an extreme makeover of liberal democracy that came to be called “neo-liberalism.”

Outraged by infringements on capital, determined to roll back socialism and seeing the market as near-infallible, this determined cadre of conservative intellectuals created a movement of reactionary resistance.

Liberated from effective regulation, financial institutions developed global chains of indebtedness and speculation which, even after the crisis of 2007, have attained pervasive influence.

After three decades of pious liberal hand-wringing, the world is set to warm by three to five degrees Celsius by 2100, a catastrophe attributable to unregulated capitalism.

Liberal toolbox of no use

In the possessive individualism of classical liberalism, we find the seeds of today’s democracy crisis. A devotion to property over people is democracy in chains and a planet in peril.

Countless people experience the precariousness wrought by this extreme makeover of the world’s liberal order. A neoliberal world, by design, offers minimal security —in employment, social stability, even in reliable networks of knowledge helping us reach reasoned understandings about the world in the company of our fellow citizens.

People longing for security confront, instead, an unintelligible, turbulent world seemingly bent on destroying any prospect of it. Insecurity breeds acute and often angry anxiety. It prompts a search for sanctuary in anti-depressants, opioids and alcohol. A deliberately starved state sector leaves only a few short steps between you and social and economic ruin.

Even the reasoned consideration of factual evidence recedes in a neoliberal world where every institution — newspapers, universities, the state itself — is rethinking itself in neoliberal terms. This very precariousness is represented, not as culturally and psychologically damaging, but as freedom itself.

In this climate, a pervasive culture of militarism offers beleaguered individuals at least the solace of an imagined national community. Our daily work may be regimented, pointless and insecure, but at least we can imagine, beyond it, a world of collective noble endeavour and selfless courage in defence of the nation.

In this militarized culture, many people are plainly looking for strongmen who can stand up for the nation. And around the world, including our corner of it, they’re finding them.

The sovereign political paradox of our time is that a global army of people — precarious, harried, anxious, angry, disenfranchised and above all divested of all social rights to reasonably secure and prosperous livelihoods — is responding avidly to nationalist movements that, on closer inspection, are likely offer them more extreme versions of the hardships they are already enduring.

The Macpherson challenge — to liberate democracy from its neoliberal chains by rethinking property relations right down to their foundations — is daunting, but not unprecedented.

There will be conflict, pain and sacrifice in the long revolution to retrieve democracy and the liberties once sincerely defended by liberals. There will also be excitement and energy. The 21st century is already echoing with cries of dynamic, often youthful participants in such struggles, as they challenge the extreme makeover that has so convulsed contemporary life and placed liberal democracy in question.

They know the hour is late. The stakes could not be higher.