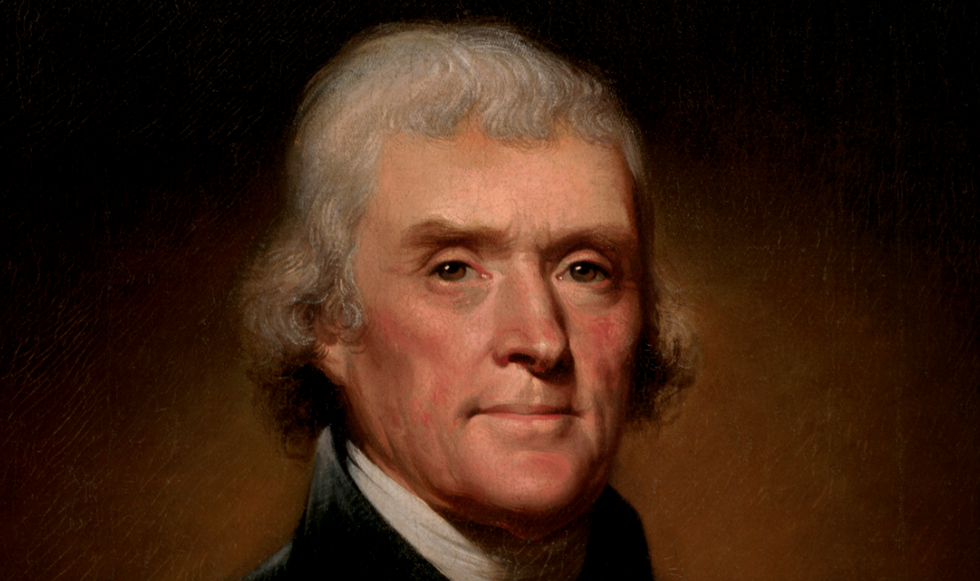 President Donald Trump's personal religious views mostly appear to an afterthought — his primary belief is in his own greatness. But as president and as the leader of the Republican Party, he has embraced and has been embraced by the evangelical Christian community, and he professes to deeply hold a belief in God.

Democrats running in the 2020 race likewise seem to be believers, just as Hillary Clinton, Trump's former opponent is. They vary in the extent to which they emphasize the fact — Mayor Pete Buttigieg has been more forthright about the importance of his religious faith than most — but none are avowed atheists.

And according to conservative columnist Max Boot, it's time for that to change. Atheists should feel free to openly run for the presidency.

"We’ve had closeted freethinkers as president but never one who was out and proud," he wrote. "Thomas Jefferson, a deist who rejected the divinity of Christ, bridled when he was called an atheist by his opponents."

He pointed out that while Sen. Bernie Sanders shows few signs of being religiously devout, he's avoided the "atheist" label. And when pressed on the topic, he professed to having "very strong religious and spiritual feelings."

"Not a single candidate publicly identifies as an atheist," wrote Boot. "That’s not to say they are all religious believers. But if they aren’t, they are keeping it to themselves."

There is still substantial prejudice against atheists, Boot noted. But the nonreligious population is larger than many think:

... people who profess no religious identity (“nones”) are one of the largest and fastest-growing demographic groups in the United States. According to the Pew Research Center, 22.8 percent of Americans are “nones,” slightly fewer than the number of evangelical Protestants (25.4 percent) and slightly more than Catholics (20.8 percent). No other religious identification comes close. Of course, not all “nones” are atheists; Pew found that 27 percent of them believe in God. But not everyone affiliated with a religious faith believes in God.

There's no good reason these voters shouldn't be represented. Many believe that atheists are inherently less moral than religious believers, but the evidence doesn't support that. Boot pointed out that, despite America's greater religiosity compared to most European countries, "by many measures, such as crime rates and social welfare, Europe is actually a more moral place."

It's possible the country isn't ready for an atheist in the White House. But many were dismissive of Trump's chances of becoming president, so there's certainly no reason to declare the prospect unthinkable. And consider what Trump said in a 2015 interview when he was asked at one of his golf courses about his views of God:

Well, I say God is the ultimate. You know, you look at this, you look at this incredible, you know, here we are on the Pacific Ocean — how did I ever own this? I bought it 15 years ago. I made one of the great deals, they say, ever with this piece of land. I have no mortgage on it, as you — I will certify and represent to you. And I was able to you know buy this and make a great deal. That's what I want to do for the country: make great deals. We have to. We have to bring it back. But God is the ultimate. I mean, God created this. And, you know, here's the Pacific Ocean right behind us, so uh... nobody, no thing — there's nothing like God.

If the country can handle electing someone who said that in response to a question about his views on God, there's no reason to think it can't vote for someone who simply would say, "Actually, I don't believe in a deity."