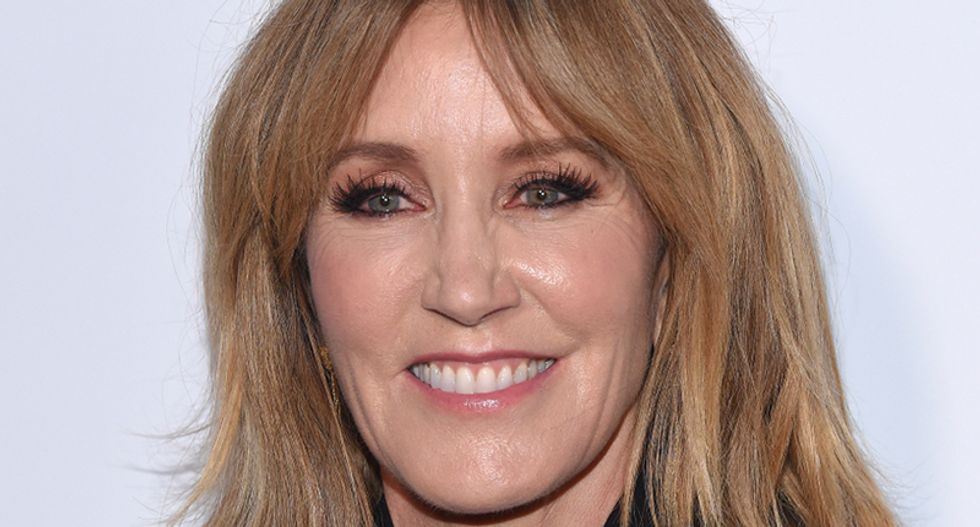 Actress Felicity Huffman is pleaded guilty Monday to having a role in what prosecutors called the "largest college admissions scam" ever uncovered by the U.S. Department of Justice.

Huffman, Lori Loughlin and four dozen other business executives, coaches and more were charged on March 13 with participating in a "large-scale elaborate fraud" to get their children into prestigious universities like Yale, USC, Stanford and UCLA.

The "Desperate Housewives" star appeared in a federal courtroom in Boston and admitted she paid $15,000 to a fraudulent charity to arrange for cheating on her daughter's SAT test.

The organization, known as Key Worldwide Foundation, was allegedly run by college consultant William Singer, who has confessed to helping wealthy parents cheat on standardized tests for their children. Singer also bribed college coaches to falsely certify that students had been recruited for the school's sports teams, further facilitating their path to admission, regardless of their athletic abilities, prosecutors said.

Huffman and Singer exchanged multiple emails on how to provide her daughter with "100 percent" extra time to take the SAT exam, an affidavit of the complaint claims, and arranged for her to take the test in a location controlled by an administrator whom Singer allegedly bribed to protect the test and secretly correct her answers afterwards.

Huffman's daughter received an SAT score of 1420 out of a possible 1600 — an improvement of approximately 400 points over her Preliminary SAT exam, taken without Singer's help, one year earlier.

Huffman pleaded guilty to one charge of conspiracy to commit mail fraud and honest services fraud.

It remains uncertain what penalty Huffman will face. The conspiracy charge carries a maximum sentence of 20 years in prison, but prosecutors have said they would recommend a sentence at the "low end" of the sentencing range — between four and 10 months — for the actress. They also have said that they would recommend a fine of $20,000 and 12 months of supervised release.

Federal sentencing guidelines are advisory, rather than mandatory, and judges may impose sentences that provide for heavier or lighter punishment than the advised range.

Huffman is among 14 parents who have said they would plead guilty in the scam. Seventeen other parents, including Loughlin, have decided to fight the charges and formally submitted not guilty pleas.

Huffman has apologized and claimed her daughter was unaware of her actions.

"I am in full acceptance of my guilt. And with deep regret and shame over what I have done, I accept full responsibility for my actions and will accept the consequences that stem from those actions," the actress said in a statement last month.

"I am ashamed of the pain I have caused my daughter, my family, my friends, my colleagues and the educational community," she continued. "I want to apologize to them, and especially, I want to apologize to the students who work hard every day to get into college and to their parents who make tremendous sacrifices to support their children and do so honestly."