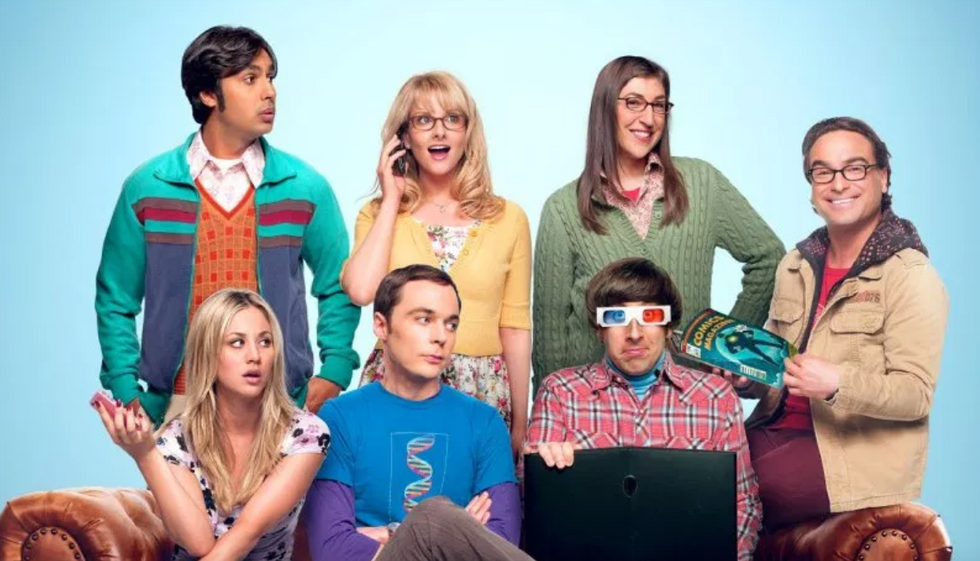 After 12 successful seasons, “The Big Bang Theory” has finally come to a fulfilling end, concluding its reign as the longest running multicamera sitcom on TV.

If you’re one of the few who haven’t seen the show, this CBS series centers around a group of young scientists defined by essentially every possible stereotype about nerds and geeks. The main character, Sheldon (Jim Parsons), is a theoretical physicist. He is exceptionally intelligent, but also socially unconventional, egocentric, envious and ultra-competitive. His best friend, Leonard (Johnny Galecki), is an experimental physicist who, although more balanced, also shows more fluency with quantum physics than with ordinary social situations.

Their steadfast friends are an aerospace engineer and an astrophysicist. The story revolves around the contrast between their intellect; obsession with comic books, video games, science fiction and fantasy; and struggles with the basics of human interactions, including those with their female counterparts.

Science, especially physics, is a recurring theme in the show and the scientific authenticity and contemporaneity are noteworthy. Part of the credit for that goes to David Saltzberg, a professor of physics and astronomy at UCLA who served as a technical adviser for the series.

Even though it is not intended to educate, “The Big Bang Theory” frequently refers to real science. Many science communicators and distinguished scientists have made guest appearances, from Bill Nye to Stephen Hawking. But perhaps nothing is more recurrent in the show than the use of the “scientist” trope as the punchline of joke after joke.

So how would a physicist like me get interested in this show? Not only is it the most popular sitcom on American television, but it’s also a pop culture bridge to science. While it is not the first time science has been represented in mainstream media, “The Big Bang Theory” is currently its most visible representation. In addition, it just happens that the fictional research in the show makes contact with my own real research.

A science-y setting on a popular show

I was first exposed to “The Big Bang Theory” through interactions with people from outside academia, who would often refer to it as soon as they pegged me as a physicist. Reports that their teenage kids loved the show were common.

But what really got my attention was a Guardian article in 2011 that suggested, albeit anecdotally, that the show was helping increase the enrollment of physics majors. Why? Possibly by bringing the attention of a broad audience to the subject or by making physics look cool. Now that I am familiar with the show, I believe “The Big Bang Theory” is to physics what “CSI” was to forensics. It has brought physics, and especially the people doing physics, to a young audience of prospective science students.

As a physics professor and educator, I have a vested interest in attracting and nurturing talents in physics – and even in 2019, television can influence choices people make. While only good physics teaching and mentoring can convert interested students into talented scientists, a TV show like “The Big Bang Theory” can be what gets them into the classroom in the first place.

The show’s somewhat stereotypical image of physicists also has weaknesses, of which the most significant are the use of misogyny as a point of humor and a lack of diversity in the main cast. The perpetuation of stereotypes can reinforce the perception that certain groups don’t belong in physics. An entertainment show is not obligated to mirror real life, but this is a sensitive issue because physics still suffers from a lack of diversity and the dropout rates are high among certain underrepresented groups.

Notwithstanding, as the show developed, leading female characters took the stage: an attractive, down-to-earth neighbor, a successful microbiologist, and finally, there was the intelligent, accomplished Amy (Mayim Bialik), a neurobiologist selected through an online dating site as Sheldon’s perfect match. They married in the finale of the 11th season.

The same episode also marks one of the most celebrated moments of the series: Sheldon and Amy’s serendipitous discovery that put them on track for a Nobel Prize in Physics.

A fictional theory worthy of a Nobel

It all starts with groom Sheldon’s difficulty straightening out his bow tie. Amy tells him “I don’t think it is supposed to be even. Sometimes a little asymmetry looks good. In the Renaissance, they called it ‘sprezzatura.‘”

When later he explains to his mom why he’s leaving it a bit off kilter, she says, “Sometimes it’s the imperfect stuff that makes things perfect.” It’s one of the best lines of the entire show, and the one that gave Sheldon the final clue to their scientific breakthrough.

Sheldon: My equations have been trying to describe an imperfect world, and the only way to do that is to introduce imperfection into the underlying theory.

Amy: So, instead of supersymmetry, it would be super asymmetry?!

The entire last season gravitates around the merits of “super asymmetry” and the threats of a competing group getting credit for it. In reality, no theory with this name exists, but the name was clearly inspired by supersymmetry, which does.

Supersymmetry concerns subatomic particles from which everything else is made. It proposes that every subatomic particle in the current standard model of particle physics has a so-called supersymmetric partner – essentially extra particles that exist in tandem with the already identified ones. This means that the underlying equations would remain unchanged under certain transformations, which has deep predictive implications. Supersymmetry has not yet been proved experimentally.

Now, how plausible is Amy and Sheldon’s super asymmetry as a physical theory? Depending on how you interpret what’s described in the show, it is either not sound or somewhat trivial in the subatomic world. However, it is highly nontrivial for collective behavior, which just happens to be my topic of research.

The real physics of asymmetry

I am an interdisciplinary physicist studying collective behavior in natural and engineered systems. Think of heart cells beating together, a power grid operating as a single system, shoals of fish schooling together, genes in a cell coordinating their activities and so on.

For a number of years, I’ve been working to understand why such systems can exhibit what we call behavioral symmetry – or homogeneity – even though the systems themselves are not symmetric – or homogeneous – at all. For example, your circadian clock can be well synchronized with the 24-hour cycle despite the fact that the individual neurons in the circadian system are quite different from each other. They exhibit the same period only when interacting with each other.

And here is how my research relates to Amy and Sheldon’s hypothetical theory. It’s generally assumed that individual entities are more likely to exhibit the same behavior if they are equal or similar to each other. Imagine lasers pulsing together, birds singing the same notes, and agents trying to reach consensus. My research shows that this assumption is in fact generally false when the entities interact with each other. Being equal doesn’t mean they’ll sync up. Since individual differences are ubiquitous and often unavoidable in real systems, such asymmetry (or imperfection) can be the unexpected source of behavioral symmetry.

There are instances in which the observed behavior of the system can be symmetric only when the system itself is not. My collaborator and I called this effect asymmetry-induced symmetry, but could have referred to it as a form of super asymmetry since it epitomizes the notion that imperfections make things perfect. Asymmetry-induced symmetry exposes scenarios in physical and biophysical systems in which we observe consensus because of – not despite – differences, thus adding a new dimension to the advantage of diversity.

“The Big Bang Theory” ends, but the message from the most gifted couple on television remains: We do live in a “perfectly imperfect universe.”