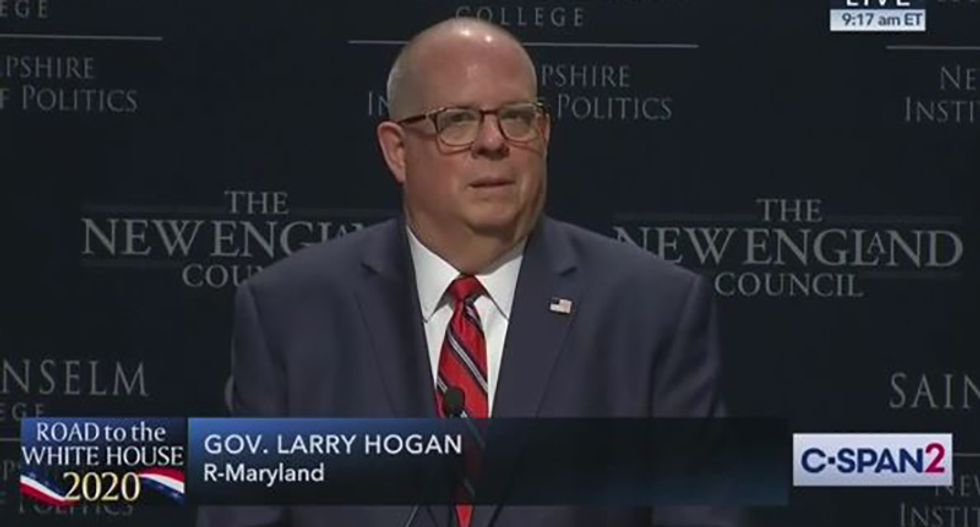 While speaking at an event in New Hampshire, Hogan hinted that he may throw his hat into the presidential race. The governor said that he has “no real timeline” for deciding.

A member of the audience, however, noted that the Republican National Committee (RNC) has already thrown its support behind Trump, giving other GOP candidates little chance to compete for the White House.

“I was pretty critical of that,” Hogan replied. “And not that the Republican National Committee doesn’t have the right to support a sitting president, but to change the rules and to insist 100% loyalty to the dear leader, it doesn’t sound very much like the Republican Party that I grew up in, working for Ronald Reagan and supporting George Bush.”

The governor said that he is “for a return to a more traditional Republican Party.”

“Changing the rules and stifling debate and demanding that we can’t even have an open discussion about the future of the party in the country is to me very short sighted and wrong move for the Republican National Committee,” he added. “It does not represent the average voter, however, it’s a small group of people in Washington that comes from — to make the decisions in there. Not really representative of the average person.”