Trump biographer David Cay Johnston explains why the president is so afraid of releasing his tax returns: 'A very strong badge of fraud' 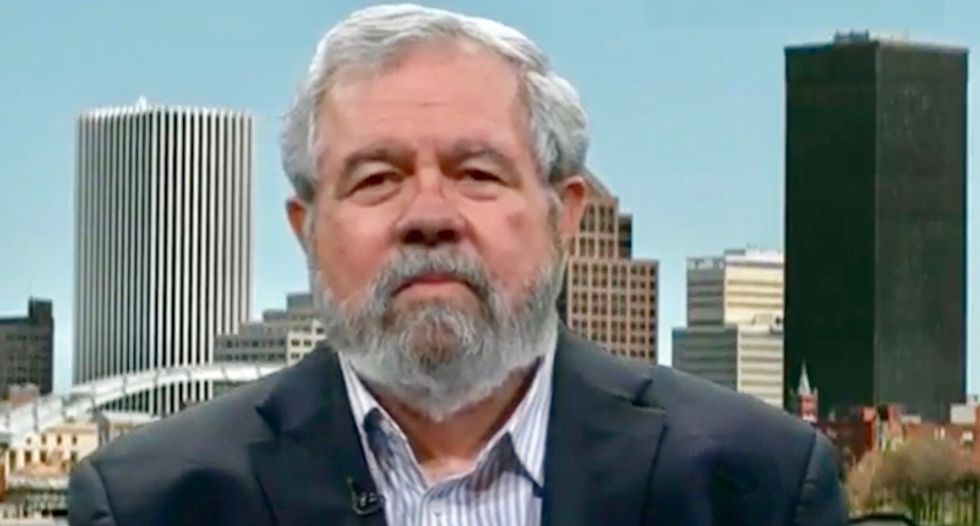 For years Donald Trump has been hiding his tax returns like Jeff Dahmer guarded the crisper drawer in his Frigidaire.

The question has always been “why?”

We all have an inkling, but David Cay Johnston, a Pulitzer Prize-winning journalist who has written two books about Trump, has a bit more insight than we do. And he recently shared some of his thoughts on the matter with MSNBC’s Chris Matthews:

“Well, Chris, there isn’t now and there never has been any evidence, verifiable evidence, Donald is a billionaire. He’s not a billionaire,” Johnston replied. “That’s one thing he’s worried about.”

Oh, that would be embarrassing. You mean the guy who hawked steaks for Sharper Image like a poor man’s Ron Popeil isn’t really a billionaire? Shocking.

“Secondly, he’s worried that an audit will show tax cheating,” he continued.

“Let’s not forget, Donald was tried twice for tax fraud, civil tax fraud, and was found in both cases to have engaged in fraud,” he reminded. “He was excoriated by the judges in both cases.”

“His own tax lawyer testified against him,” he continued. “His tax lawyer said, ‘That’s my signature on the tax return, but I did not prepare that tax return.’ That’s a very strong badge of fraud.”

Between those two reasons, I’d wager Trump is more worried about people finding out he’s not a real billionaire, because I can only assume he’s proud of being a swindler. After all, this is a guy who claimed to be worth TEN BILLION DOLLARS. If it turns out he’s not, well, that won’t look good, to say the least. His fawning shit-brigade already knows he’s a liar and a cheat, but hey, as long as he’s owning the libs, it’s all good.

Release your returns, Mr. Pr*sident. Come on! What are you worried about?