The US government is preventing investigations into war crimes in Afghanistan 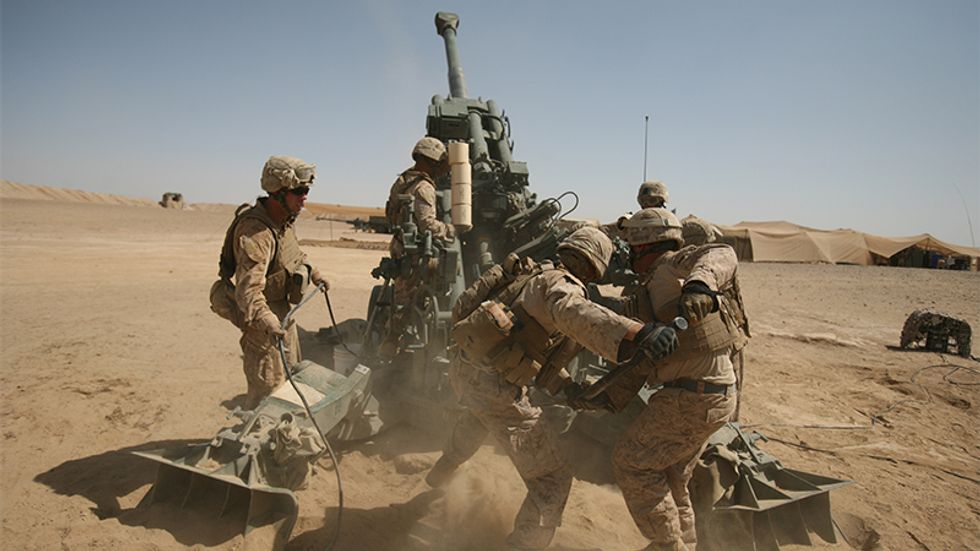 On April 12, 2019, the International Criminal Court said that it would not pursue a war crimes investigation against the U.S. military for its actions in Afghanistan. A very thick file was closed in The Hague.

Almost a decade ago, on February 12, 2010, U.S. Special Operations Forces arrived at the home of Haji Sharabuddin in Khataba (Paktia Province, Afghanistan). The family of Sharabuddin was celebrating the birth of a grandson. Inside the home were close family members (including a police investigator and a government prosecutor) as well as the vice-chancellor of Gardez University, Sayed Mohammed Mal. At 3 a.m., the U.S. forces attacked the home, killing five members of the family including Sharabuddin’s son—Mohammed Dawood—who was the police investigator. After the killing, the soldiers carried the bodies into the house and removed the bullets with a knife. They did not want to leave evidence of their actions. They then ransacked the home—including stealing money—and left. The U.S. military said that those whom they killed were insurgents. Both the Afghan Independent Human Rights Commission and the Criminal Investigations Department of the Afghan Ministry of the Interior found this allegation to be false. A war crime had been committed here.

But, thanks to the withdrawal of the International Criminal Court, this crime—and hundreds of others—will neither be properly documented nor will there be justice for the victims and survivors. Thousands of family members, who know very well what happened in little villages like Khataba and Nangalam, will have no recourse either to an admission of guilt or punishment for the killers. The killing in Nangalam was by a U.S. helicopter on March 1, 2011. The pilots fired on nine boys, killing them all. “My son Wahidullah’s head was missing,” said Haji Bismillah. “I only recognized him from his clothes.” The U.S. apologized for the killing but did nothing other than that.

One village and one town after another has families with stories of such violent and senseless deaths. This U.S. war on Afghanistan, which has been ongoing since 2001, has produced an unknown death count with unknown numbers of war crimes (by the U.S. troops, by the Afghan armed forces and by the Taliban). Afghanistan remains an open sore of crime and impunity.

It was for good reason that the Afghan government of Hamid Karzai became a member of the International Criminal Court in 2003. There was pressure on Karzai from the U.S. government not to join the ICC, but he prevailed. It was hardly a victory. The ICC came out of the Rome Statute, which was drafted in 1998 and which came into force in 2002. The United States signed the original treaty, but then refused to ratify it. Worse, the U.S. Congress passed the American Service-Members’ Protection Act of 2002 to discourage any cooperation with the ICC if the behavior of U.S. soldiers came under scrutiny. U.S. Senator Jesse Helms referred to the ICC as the International Kangaroo Court. Even if Afghanistan became a member of the ICC, no one in the U.S. establishment thought that this would have any consequences.

But prosecutors in the court had other ideas. In 2006, the ICC investigators opened a “preliminary investigation” into war crimes in Afghanistan. They were interested in war crimes committed by the U.S. forces, by Afghan forces and by the Taliban. An investigator, a few years later, told me that they had found “captivating evidence” of war crimes—mostly related to the torture centers run by the Central Intelligence Agency and by U.S. military intelligence. They sought more material evidence not only by interviewing former prisoners but also through access—which they did not get—to U.S. official documents.

In 2007, the Afghan parliament—a parliament of warlords—passed a law that gave immunity to all for war crimes committed in the country. This was a blanket—and shameful—immunity that was only in May 2017 amended to allow the country to be in compliance with the Rome Statute.

In 2010, WikiLeaks provided some of this evidence in the Afghan war logs, in whose 90,000 pages there was some—but not sufficient—documentation of various operations run by the U.S. forces. This did not shape the ICC investigation, which proceeded with deliberate intent with interviews and with scrutiny of whatever documentation was available.

On November 20, 2017, with almost a decade of careful investigation behind it, the ICC released a report with a bland title: “Situation in Afghanistan: Summary of the Prosecutor’s Request for authorization of an investigation pursuant to article 15.” The significant sentence of the brief report is the following: “Finally, the information available provides a reasonable basis to believe that members of the United States of America... armed forces and members of the Central Intelligence Agency... committed acts of torture, cruel treatment, outrages upon personal dignity, rape and sexual violence against conflict-related detainees in Afghanistan and other locations, principally in the 2003-2004 period.” This did not mean that the crimes of 2010 and 2011 would not be investigated—only that the focus was on this early period and would later expand to include the entire span of the ongoing war.

The ICC’s special prosecutor—Fatou Bensouda—asked the court to allow a full investigation of war crimes in Afghanistan. She received a green light.

A year later, on September 10, 2018, U.S. National Security Adviser John Bolton said that if the ICC continues with its work on the U.S. war crimes docket, the U.S. government would place sanctions on the ICC and even criminally prosecute ICC officials in U.S. courts. This was not just for the ICC investigation of U.S. war crimes in Afghanistan, but also if the ICC persisted in its work on Israeli war crimes against the Palestinians.

Investigators at the ICC said, at that time, that gloom descended on their department. The sense was that the investigation would not be allowed to proceed. But, for the time being, there was no immediate attempt within the ICC to shut down the investigation. The process continued, with Bensouda’s team building up the case against the United States—and others—for war crimes in Afghanistan.

It is important to bear in mind that the evidence was in the plain light of day. In 2005, the New York Times published a 2,000-page U.S. army investigation on the killing of Habibullah and Dilawar at Bagram in December 2002. None of the soldiers charged with the murder of these two men were convicted. All charges were dropped. But the evidence against them was clear in the army report (please see Alex Gibney’s Oscar-winning documentary, Taxi to the Dark Side, 2007).

The ICC’s special prosecutor, Fatou Bensouda, who was in charge of this file, visits the UN Security Council in New York City to deliver her report to the member states of the UN. For this, Bensouda—like other foreign nationals who work in the UN—must get a U.S. visa. On March 15 of this year, U.S. Secretary of State Mike Pompeo said that the United States would deny a visa to ICC personnel if they continue to investigate U.S. war crimes. A few weeks later, on April 5, the United States revoked Bensouda’s visa. This was an act of immense hostility, little remarked in the press.

The pressure on the ICC from Trump’s men rose. It would have taken international outcry to prevent them from getting their way. The revocation of Bensouda’s visa was met with silence. The UN said nothing, nor did the member states. It was this silence that had a chilling effect on the ICC. On April 12, a three-judge panel rejected Bensouda’s request for the investigation. This pre-trial chamber comprised of Antoine Kesia-Mbe Mindua of the Congo, Tomoko Akane of Japan and Rosario Salvatore Aitala of Italy. They decided that an investigation into U.S. war crimes in Afghanistan “would not serve the interests of justice.”