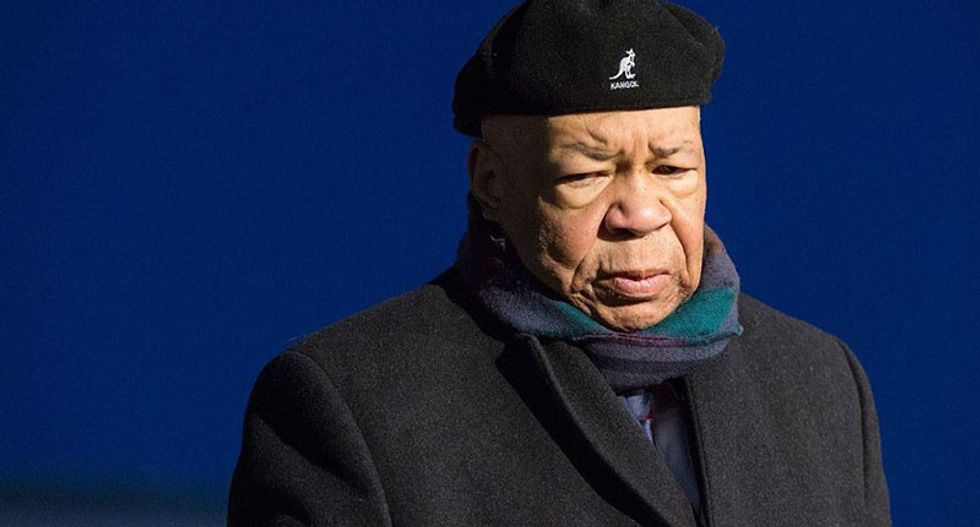 As Democrats on the House Oversight Committee attempt to investigate soaring drug prices in the U.S., Republicans are warning the CEOs of some of America's largest pharmaceutical companies against cooperating with the probe.

Reps. Jim Jordan (R-Ohio) and Mark Meadows (R-N.C.), leaders of the far-right House Freedom Caucus, sent letters (pdf) to a dozen drug company CEOs "warning that information they provide to the committee could be leaked to the public by Democratic chair Elijah Cummings in an effort to tank their stock prices," Buzzfeed reported Monday.

Cummings, a Democrat from Maryland, launched his investigation in January with a request for "information and communications on price increases, investments in research and development, and corporate strategies to preserve market share and pricing power" from pharmaceutical giants such as Pfizer, Novartis, Johnson & Johnson, and others.

In their letters to the same pharmaceutical companies, Jordan and Meadows suggested that Cummings is attempting to obtain information that "would likely harm the competitiveness of your company if disclosed publicly."

"While we cannot speculate about Chairman Cummings's motives, we believe the committee should not pursue an investigation to 'impact... stock prices with regard to drugs'—especially when there is bipartisan interest in real oversight of rising prescription drug prices," the Republicans wrote in their letters, dated April 5.

As Buzzfeed notes, Jordan and Meadows' claims rest on an out-of-context quote from Cummings:

The [Republicans'] letter quotes Cummings as saying of his drug team: "If you follow the headlines, we have already seen the impact they have had… on stock prices with regard to drugs. I mean, it has been astronomical." The letter omits the rest of the sentence: "saving the taxpayers money."

In the edited quote, Cummings seems to be bragging about an "astronomical" impact on drug company stocks. In the context of his statements before and after, he seems to be saying the "astronomical" impact is on taxpayer savings, which justify giving his committee more resources. A minute later he says: "Whatever you all give us, we will give it back in savings by rooting out fraud, waste, and abuse."

In a statement to Buzzfeed, Cummings said Jordan—the ranking member of the House Oversight Committee—"is on the absolute wrong side here."

"He would rather protect drug company 'stock prices' than the interests of the American people," Cummings added.

Economist and University of California, Berkeley professor Robert Reich expressed agreement with Cummings, tweeting of the two Republicans, "Once again, they're siding with Big Pharma at the expense of the American people."