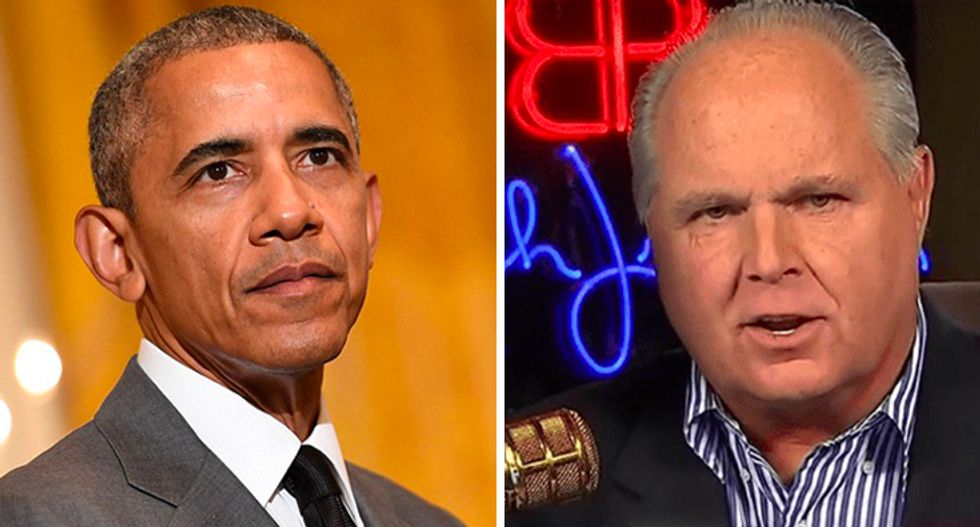 Right-wing media has grown by leaps and bounds in recent decades in the United States, from AM talk radio to Fox News to websites like Breitbart and RedState. It isn’t hard to find Americans who consume right-wing media exclusively, and New York City-based filmmaker Jen Senko explains how her father became one of them in a five-minute video for the NowThis website.

“Right-wing media tore my family apart, and my father’s story explains how,” Senko asserts in the video.

Senko explains that when she was growing up in New Jersey, her dad was “very open-minded” and was “a great example for us in treating people equally.” For example, she recalls, her father (who passed away in 2016) respectfully addressed a homeless man in Manhattan as “sir” when he asked them for spare change.

But when he got a new job that involved a long commute, she explains, he started listening to right-wing talk radio while driving—including Bob Grant.

“Very slowly,” Senko recalls, “my dad began to change. He became more irritable and more judgmental of others.”

After retiring, Senko adds, her father discovered another famous talk radio host: Rush Limbaugh, whose show made him “very opinionated and angry. Just say one thing that tripped him, and he’d blow steam out his nose.”

Limbaugh, Senko explains, encouraged her father to hate President Bill Clinton in the 1990s—and he would forward e-mails claiming that liberals hated Christmas, which Senko found ridiculous because “I lived in the land of liberals, and everyone I knew loved Christmas.”

When he went from being friendly to gays to being hostile to them, Senko recalls, “it was like some alien took over his body.” And his paranoia “got worse” when a fellow Limbaugh follower “introduced him to Fox News.”

But later, when Senko’s parents moved to a senior community, his exposure to Limbaugh was cut off because his radio broke—and when he was in the hospital because of a kidney stone, her mother “unsubscribed him from the right-wing e-mails and subscribed him to sites like Truthout and AlterNet. And he read them all.”

Senko knew things were changing when, one day, her dad said, “I like Obama. I think he’s a good guy…. And as time passed, his anger lifted, and he became happier…. Finally, in his very senior years, he was at peace. My parents shared a bedroom again, and I had my dad back.”