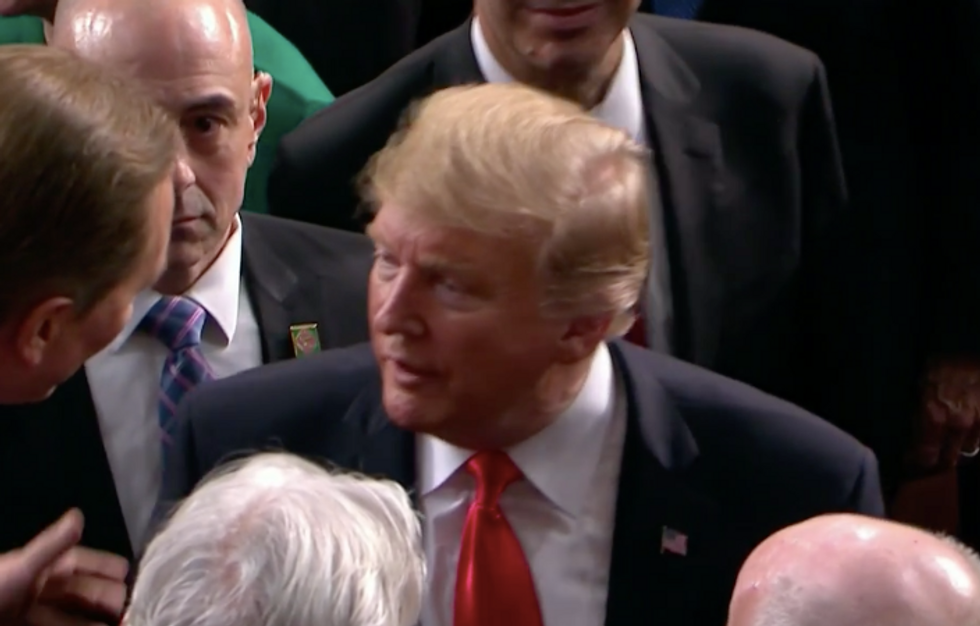 Conventional wisdom in Washington, D.C., holds that impeachment would be a massive gift to President Donald Trump's 2020 re-election effort. President Bill Clinton famously stayed popular throughout his impeachment proceedings, and since any effort to remove Trump would likely fail in the Senate, many people believe impeachment would be doomed from the start.

But we really shouldn't be so sure.

Special Counsel Robert Mueller's report lays out a powerful case for obstruction of justice for at least four different categories of acts, with potentially strong cases in several others. Moreover, Trump has already been implicated in court in criminal campaign finance violations, which may itself give rise to additional charges. Mueller's investigation also led to to numerous still-redacted related investigations, and we know Trump's conduct in other arenas is being probed by various investigatory bodies.

So if the House begins impeachment hearings, there will be a lot to cover and uncover. And while a plurality of voters oppose impeachment, according to a new poll from HuffPost and YouGov, there is a lot of malleability in the numbers.

Only 41 percent of people said Trump should not be impeached, according to the poll (37 percent favor impeachment). This presumably corresponds tightly with the 41 percent or so of people who approve of Trump in most polls. A surprisingly large portion of the population — 22 percent — says it's unsure about whether Trump should be impeached.

While Trump's base support appears to be quite solid, there's a lot of risk for him in the "unsure" population. It wouldn't be surprising, after all, if there were many people who didn't approve of Trump for any number of reasons but thought that impeachment would be too extreme, that Democrats' criticisms were unfair, or that the path would just be too difficult for the country. Instead, the poll suggests, there are few people outside of Trump's core supporters who are ruling out impeachment. (The poll was conducted on April 18 and 19; Mueller's report was released on April 18.)

That means, in other words, that the case can be made to the country that impeachment is worthwhile. Of course, it can be made both ways — if Trump and his defenders are convincing, he may be able to paint an impeachment push as extreme overreach and turn a majority of the country against impeachment.

But even in crass political terms, this should be an acceptable risk for Democrats. Doing something big and bold in politics is always a gamble, and you may end up giving ground to your opponents. But if you're not willing to stand your ground and fight for important principles, what's the point of being in Congress?

The polling also presents some evidence about how the House could use impeachment hearings to make the case against Trump. It found that only 35 percent of people believe Trump "committed crimes." Another 21 percent said Trump did not commit crimes but people on his campaign did, 20 percent said no one on his campaign committed any crimes, and 25 percent said they weren't sure.

These results represent a lot of misunderstanding that could be corrected. Mueller's report and SDNY's prosecution of the campaign finance violations do strongly indicate that Trump committed crimes, and people should be informed of that. Many people who said they weren't sure or acknowledged only that people on Trump's campaign committed crimes could potentially be convinced that the president committed crimes, as the evidence suggests.

If impeachment proceedings could correct these misapprehensions, they might drive up support for impeachment broadly. As historian Kevin Kruse pointed out, this would follow the pattern that preceded President Richard Nixon's eventual resignation (admittedly, though, that was at a time before Fox News existed to actively misinform the public):

Even if, as seems most likely, impeachment didn't lead to Trump's ouster, it might better inform the public about the kind of president he is and what he's done. And that might be worth it in its own right.