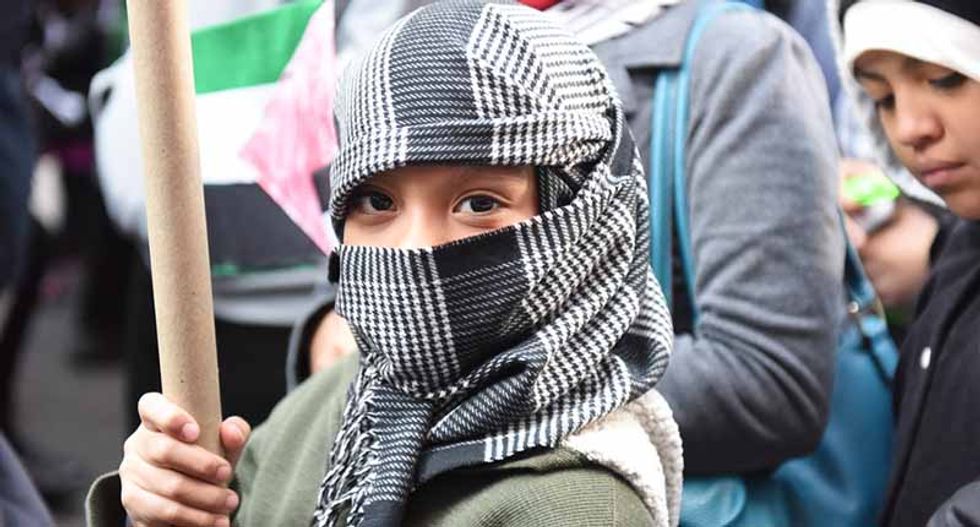 In a decision hailed as a "landmark" victory for the First Amendment, a federal judge on Thursday struck down a Texas law requiring government contractors to sign a pledge vowing not to participate in the pro-Palestinian boycott, divestment, and sanctions (BDS) movement.

"This is a complete victory of the First Amendment against Texas's attempts to suppress speech in support of Palestine," said Gadeir Abbas, senior litigation attorney with Council on American-Islamic Relations (CAIR), one of the organizations that sued Texas over the anti-BDS law.

CAIR filed its suit on behalf of Bahia Amawi, a Texas speech pathologist who lost her job at an elementary school after refusing to sign a pro-Israel pledge required by the state's law.

"It's a huge win not just for me, but for everybody here in Texas," Amawi said in an interview with the Washington Post. "I was in tears."

In his 56-page opinion (pdf), Judge Robert Pitman of the Western District of Texas ruled the state's law violated the First Amendment by threatening to "suppress unpopular ideas" and "manipulate the public debate through coercion."

As The Intercept's Glenn Greenwald wrote last December after Amawi lost her job, the language of the pledge she was "told she must sign reads like Orwellian—or McCarthyite—self-parody, the classic political loyalty oath that every American should instinctively shudder upon reading."

The ACLU—which also sued over the anti-BDS law on behalf of four Texans—celebrated the judge's ruling in a statement late Thursday, noting that it marks "the third time a federal court has blocked an anti-BDS law on First Amendment grounds."

"Whatever their views on the BDS movement, members of Congress and state legislators should heed this strong message from the courts," Vera Eidelman, staff attorney with the ACLU's Speech, Privacy, and Technology Project, said in a statement. "The right to boycott is alive and well in the United States and any attempt to suppress it puts you squarely on the wrong side of the Constitution."