Joe Biden jokes about inappropriate touching during a speech 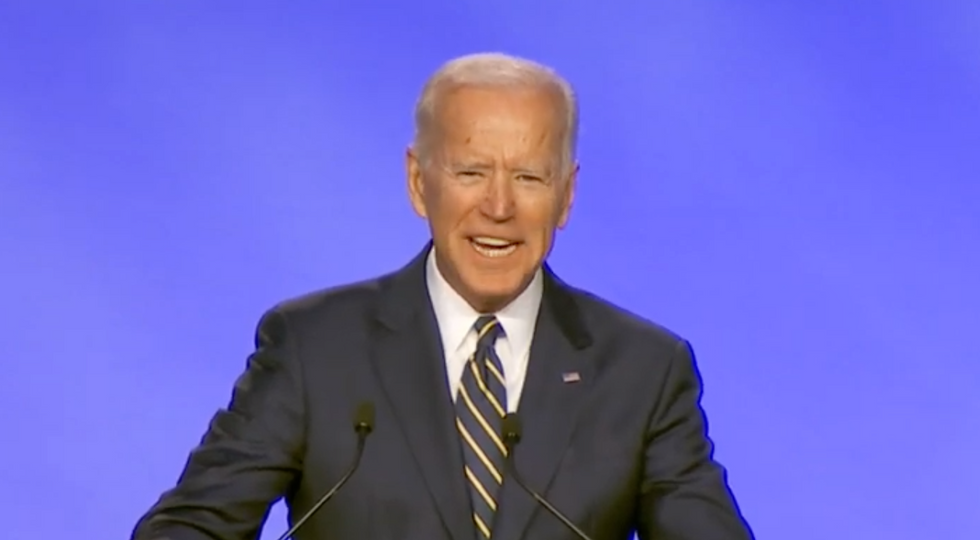 While speaking at a union conference for the International Brotherhood of Electrical Workers on Friday, former Vice President Joe Biden joked at least twice about the allegations made against him that he has inappropriately touched women and made them uncomfortable.

Biden is widely believed to be preparing to launch a 2020 bid for the presidency, and he remains at the top of most polls of Democratic voters.

His first joke about the issue came at the top of his speech after he hugged the man who introduced him.

"I just want you to know, I had permission to hug Lonnie," he said.

Later, when he was joined by a group of children on the stage, the vice president pulled one of the boys close to him.

"By the way, he gave me permission to touch him," Biden said again.

Earlier in the week, Biden had released a video on Twitter that attempted to address the allegations that have been made against him while he promised to improve his behavior. His jokes on Friday that sentiment seem less than sincere, instead suggesting that he doesn't take the allegations seriously. This may be a clever public relations strategy — downplaying the allegations against him might be a useful deflection for many voters — but it's disrespectful of the women who are already facing blowback for speaking out about his behavior.