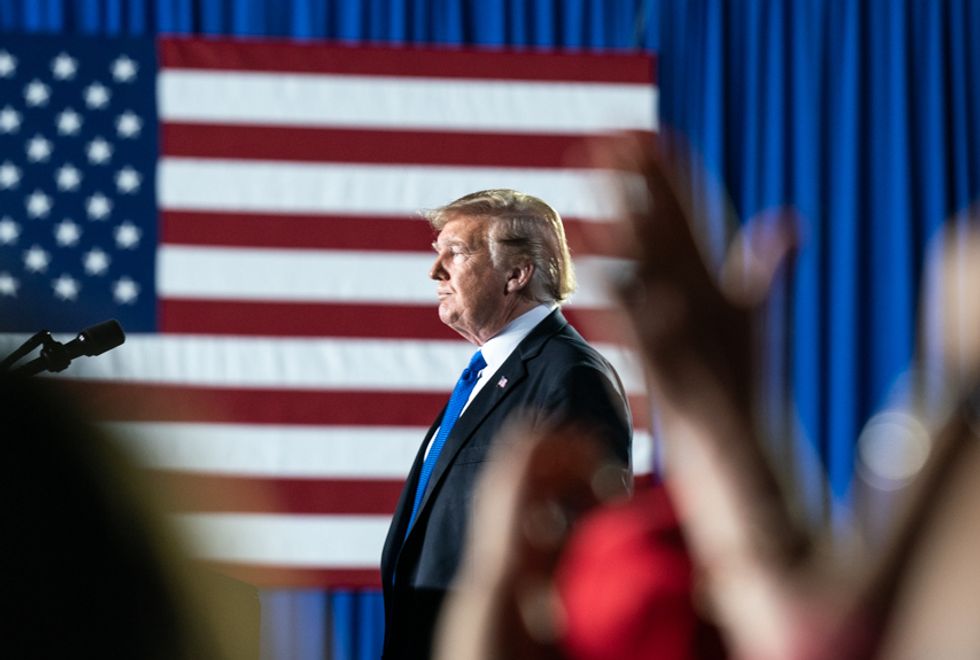 Momentum seems to be gathering around the idea of beginning impeachment hearings of President Donald Trump. Some top Democrats are reluctant to outright call for impeachment, and they may not even want to call the coming hearings "impeachment proceedings," but Special Counsel Robert Mueller's report lays out a clear case that Trump obstructed justice on many occasions. Democrats will investigate these incidents, and that should put them on the road to impeachment.

But it shouldn't stop there. While meeting all the statutory requirements for obstruction of justice in his efforts to shut down the Mueller probe may be the most decisive case of a "high crime misdemeanor," there are many other charges that could be brought against Trump that could also reach that threshold. If the House Judiciary Committee gets to the point where it is explicitly considering articles of impeachment, other charges should make the list.

Some may argue that expanding the set of charges is overreaching and that it would be better to stick to the narrower set of facts and analysis that Mueller lays out to make the case against Trump. But lawmakers should endeavor to hold Trump accountable for as many of his outrageous acts as possible and draw clear lines in the sand. And strategically, this may work to the benefit of an impeachment effort; perhaps some Republicans could even be encouraged to vote for certain articles of impeachment if they could also distance themselves somewhat from Democrats by voting against certain other charges.

So if Democrats end up pursuing impeachment in earnest, they should consider including the following charges:

As the New York Times pointed out Wednesday, the Mueller report showed that on three separate occasions, Trump pushed then-Attorney General Jeff Sessions to prosecute Hillary Clinton, despite the fact that he had recused from any issues that came up during the 2016 campaign. Trump had promised to "lock her up" during the campaign — which was pointed out as an authoritarian pledge at the time — and his attempt to follow through on it should be regarded as an outrageous abuse of power.

The report said that Trump was "trying to wield the power of law enforcement to target a political rival, a step that no president since Richard M. Nixon is known to have taken."

"Not a crime, but just about the biggest abuse of power possible, and surely a textbook impeachable offense," said former DOJ spokesman Matthew Miller of the Times report.

According to CNN, the president offered to pardon Customs and Border Commissioner Kevin McAleenan if he were arrested for following Trump's orders to illegally deny asylum seekers entry to the country. This report has been confirmed by the New York Times, and Congress plans to investigate it further. If it turns it out it happened as described, it's another case of Trump's propensity to wildly abuse his power, and it could be grounds for impeachment. Similarly, Trump reportedly ordered CBP officers to deny entry to asylum seekers in violation of the law and to refuse to comply with any court orders to the contrary.

President Donald Trump's former lawyer Michael Cohen is going to prison in part because of his participation in a criminal hush money scheme in the months before the 2016 election to silence women who said they had affairs. When Cohen pleaded guilty in the case, brought by prosecutors in the Southern District of New York, he said in his allocution that Trump ("Individual-1") directed him to carry out these campaign finance crimes. It would be a gross miscarriage of justice if only Trump's flunky is forced to pay for these crimes.

Since day one of his term as president, many have argued that Trump is in violation of the Constitution's Emoluments Clause. This prevents anyone holding a United States office — including the president — from accepting

"any present, Emolument, Office, or Title, of any kind whatever, from any King, Prince, or foreign State." (An emolument is a salary or payment.)

At least some of Trump's many businesses, which he still owns, take money from foreign governments. For example, sometimes emissaries of foreign governments stay at his Washington, D.C. hotel — effectively putting money in his pocket. He is currently facing civil lawsuits for his violation of this clause, but there's no reason the House couldn't decide that his willful breach of the Constitution is a "high crime or misdemeanor."

While Trump corruption, shady financial dealings, and abuses of power draw most attention when talking about impeachment, many of the reasons people most want Trump out of office relate to his horrifying policies. Obviously, impeachment isn't usually the solution for policy disagreements, but if a policy is extreme and abusive enough, there's a plausible case that it should be. Trump's separation of migrant families falls into the category.

Not only was it cruel and abusive on its face, but aggravating the initial wrong, the administration had no plan to reunite the families they separated. The policy has had devastating effects thus far, and its impacts will last a lifetime. No one has yet been held responsible for these abuses, but it shouldn't be hard to argue that they constitute "high crimes."