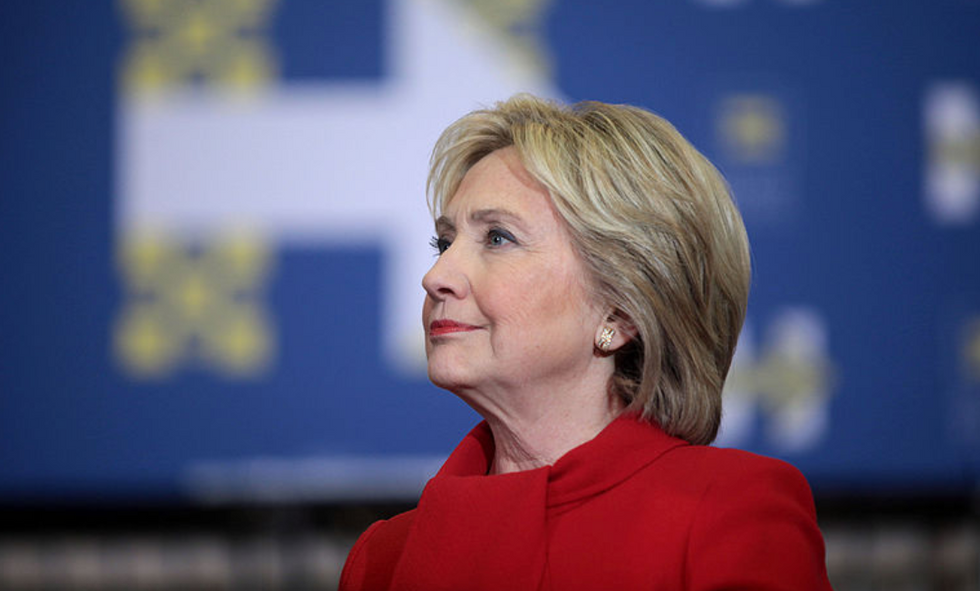 In a new op-ed for the Washington Post, Hillary Clinton offered her advice for how Democrats should proceed in the light of Special Counsel Robert Mueller's report.

Her take? Don't rush to impeachment — follow the Watergate model.

"Then, as now, there was an investigation that found evidence of corruption and a coverup," she wrote. "It was complemented by public hearings conducted by a Senate select committee, which insisted that executive privilege could not be used to shield criminal conduct and compelled White House aides to testify."

She pointed out that the public, televised hearings would be better at convincing the public that Trump needs to be impeached than the 448-page report could be.

During Watergate, the House Judiciary Committee also began a formal impeachment inquiry that was led by John Doar, a widely respected former Justice Department official and hero of the civil rights struggle. He was determined to run a process that the public and history would judge as fair and thorough, no matter the outcome. If today’s House proceeds to an impeachment inquiry, I hope it will find someone as distinguished and principled as Doar to lead it.

But the former presidential candidate also noted that the potential obstruction of justice charges are not the only part of the Mueller report that demands attention. She called for a 9/11 Commission-style group to be appointed to address election interference, which would focus on the "ongoing threats to our nation"

And even as she recommends Democrats proceed methodically in their hearings and investigations, she said they also have to "stay focused on the sensible agenda that voters demanded in the midterms, from protecting health care to investing in infrastructure."

Somewhat cheekily, she acknowledges at the start of the piece that some won't care to hear her opinion. But aside from being the direct subject of Putin's attack in 2016, she noted that she dealt with him as secretary of state and experienced impeachment proceedings twice: first, while serving as a lawyer on the House Judiciary Committee during Watergate, and second, as the first lady when Bill Clinton was impeached. So she's more than qualified to make her voice heard.