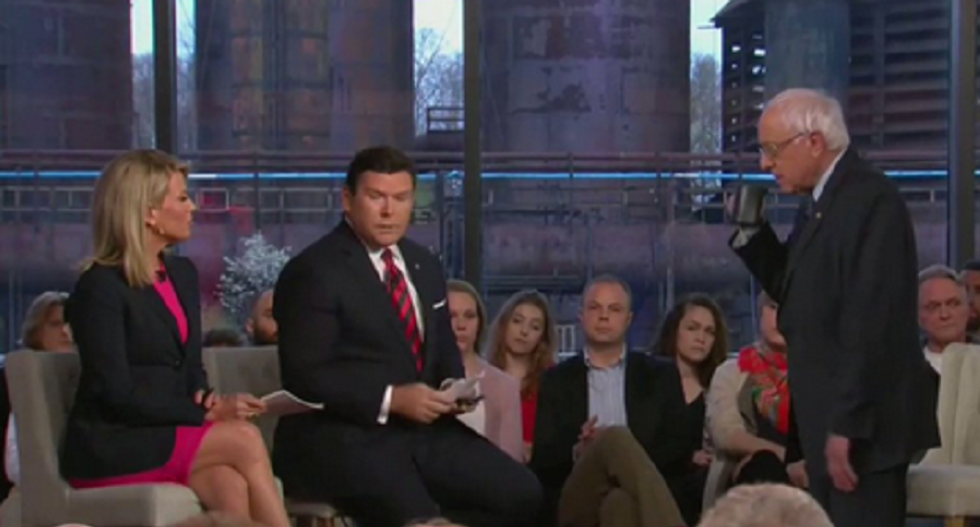 On Monday, Fox News hosted a town hall event in Bethlehem, Pennsylvania with Sen. Bernie Sanders (I-VT), who showcased his policy ideas ahead of his run for president.

In one memorable moment, conservative host Bret Baier tried to feel out the attendees’ thoughts on “Medicare for All” — the colloquial term for folding all health insurance into a universal, comprehensive single-payer system that makes health care free at the point of use. And he was greeted by enthusiastic support for the measure.

“I want to ask the audience a question,” said Baier. “If you could raise your hand here, show of hands of how many people get their insurance from their work, private insurance, right now, how many get it from private insurance.”

Several people raised their hands, including Sanders himself (as a senator, he is legally obligated to purchase insurance under the Affordable Care Act, although the federal government subsidizes his plan.)

“Okay,” said Baier. “Now of those, how many are willing to transition to what the senator says, a government-run system?”

Most of the hands stayed in the air, and cheers went up.

Bret Baier just polled the Bernie Town Hall audience who would be willing to switch to #MedicareForAll. It backfire… https://t.co/A8bNPM12hR
— jordan (@jordan) 1555369027.0