As Trump threatens to ship undocumented immigrants to sanctuary cities, those cities pledge: We will welcome them 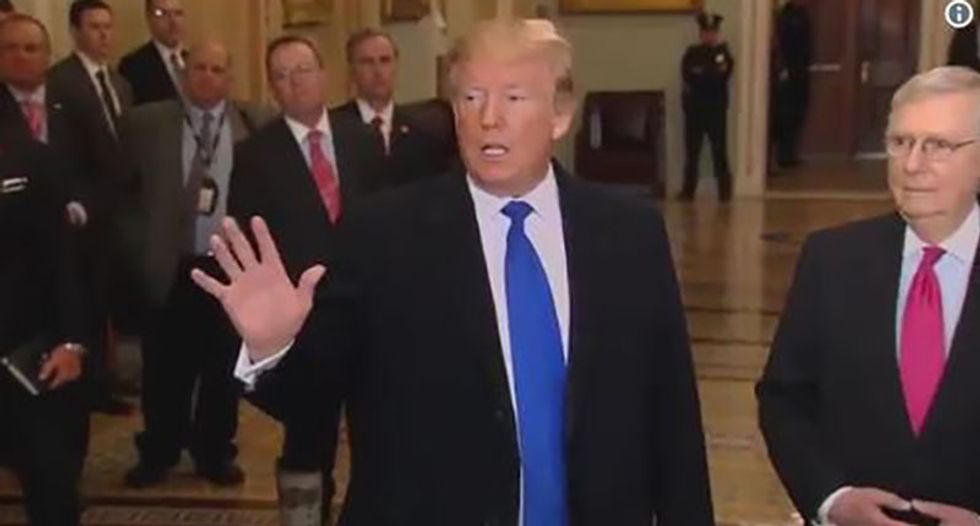 Confirming Friday that his administration is considering sending undocumented immigrants en masse to sanctuary cities, President Donald Trump framed the proposal as a threat—but several politicians and rights advocates replied that immigrants would be welcome in those communities.

The president announced that the White House is weighing the proposal hours after the Washington Post reported that it had been considered and then rejected last year.

"Due to the fact that Democrats are unwilling to change our very dangerous immigration laws, we are indeed, as reported, giving strong considerations to placing Illegal Immigrants in Sanctuary Cities only," Trump tweeted.

Due to the fact that Democrats are unwilling to change our very dangerous immigration laws, we are indeed, as repor… https://t.co/sNDauZ3JDv
— Donald J. Trump (@Donald J. Trump)1555087082.0

At least one sanctuary city mayor, Jim Kenney of Philadelphia, responded that he would happily welcome any number of immigrants sent to his city.

"The city would be prepared to welcome these immigrants just as we have embraced our immigrant communities for decades," Kenney said in a statement. "This White House plan demonstrates the utter contempt that the Trump administration has for basic human dignity."

Mayor Libby Schaaf of Oakland expressed pride in her city's status as one that bars all city employees from cooperating with Immigration and Customs Enforcement (ICE) and condemned the president for focusing his immigration agenda on keeping immigrants out of the United States.

"I am proud to be the mayor of a sanctuary city," Schaaf told CNN. "We believe sanctuary cities are safer cities. We embrace the diversity in Oakland and we do not think it's appropriate for us to use local resources to do the government's failed immigration work."

Much of the response to the Post's earlier reporting centered around what an aide to House Speaker Nancy Pelosi called the White House's "despicable" attempt to use human beings as pawns to demonize immigrants.

As Libby Watson noted at Splinter, much of the corporate media's reporting on the plan followed the narrative laid out by the Trump administration—that sending undocumented immigrants to sanctuary cities would be an "attack" on those cities and their Democratic leaders.

"A premise like 'busing migrants to San Francisco will punish Nancy Pelosi' is not self-explanatory," Watson wrote. "I do not immediately understand the mechanism by which releasing a tired, huddled mass of immigrants in cities with massive populations—and cities where asylum approval rates are much higher—would punish their representatives."

"The framing is left as 'the presence of migrants in cities will be bad for those cities.' And in the end, that just does Stephen Miller's work for him," she added, referring to Trump's policy adviser who has pushed for hard-line, xenophobic immigration policies.

"Let's not concede that having refugees in our cities is something to be threatened by," Wong tweeted.

Let’s not concede that having refugees in our cities is something to be threatened by. It’s a privilege to live in… https://t.co/GkiwuwVwIM
— Julia Carrie Wong (@Julia Carrie Wong)1555041434.0

After Trump announced the plan was again under consideration Friday, critics noted that sending immigrants to sanctuary cities would simply be using the cities and their laws as they were intended.