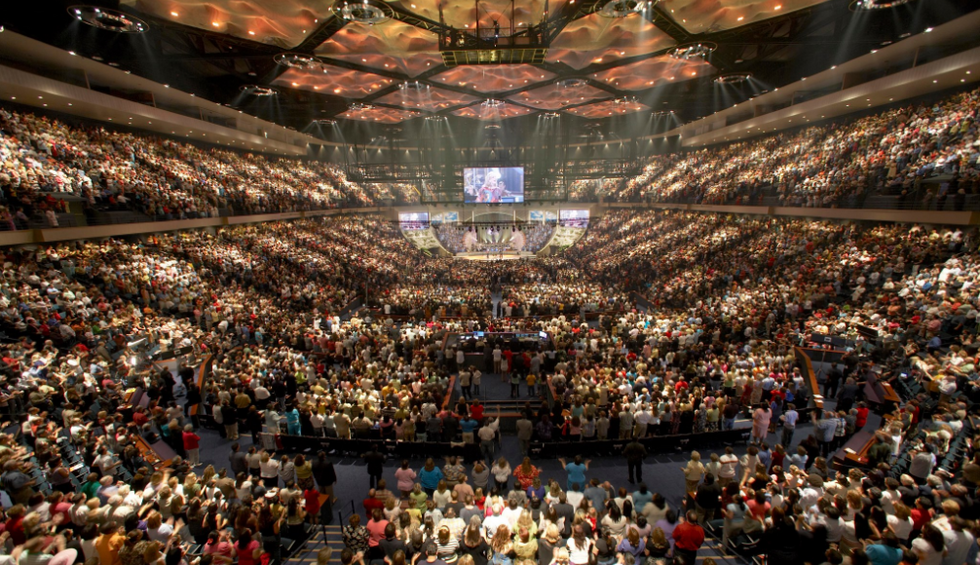 Political scientist Ryan Burge found that the percent of Americans claiming no religious affiliation is now so large that it rivals the other two largest groups, Catholics and evangelical Christians, according to a new analysis of the General Social Survey.

In recent years, Burge noted, "[t]here was ... a small resurgence of mainline Protestants, while Catholics are down 3% in the last four years."

However, over the time period covered by the survey, the two most notable trends are the nosediving size of the mainline Protestant population and the soaring population of the nones:

The survey interviewed more than 2,000 Americans in 2018. It began collecting data in 1972 and is widely relied upon by the media and policymakers.

"It is the first time we have seen this. The same questions have been asked for 44 years," Burge told CNN.
The meteoric rise of religious nones began in the early 1990s and has grown 266% since 1991, he said.
Burge estimates that 'No Religion' will be the largest group outright in four to six years.

There are many explanations for the shifts away from organized religion: Perceived struggles between religion and science, the many scandals in organized religion, the politicization of faith, and the failure of religion to address many of the worlds most pressing problems. But there's also just the simple fact that richer countries tend to be less religious overall. The United States has long been an outlier in this pattern, perhaps for its own idiosyncratic reasons, but it appears to be catching up to its peers.

While many will find reasons to celebrate an increasingly secularized society, defenders of religion often point out that it can help promote important community ties and relationships that are important to human life, especially as people grow older and start families. There may be good reason for nonbelievers to actively cultivate these aspects of religion that might otherwise be missing from their lives, even while they choose to move away from the parts of faith that they dislike.

But these findings also raise interesting political questions. For example, the impact of evangelical voters is widely discussed in politics; countless articles have been written examining President Donald Trump's curious relationship to the evangelical community. Why don't the nonreligious merit this sort of analysis, and, indeed, courting by political figures?

One likely explanation is that while the evangelicals have unifying interests and beliefs, the nones are, by nature, a more heterogeneous group. But one thing nones likely do have in common is opposition to the political influence of one extreme branch of Christianity and the control it exerts over much of American policy. Politicians should begin taking this more seriously.