Winter was frigid because the polar vortex got ‘drunk’ (Update) 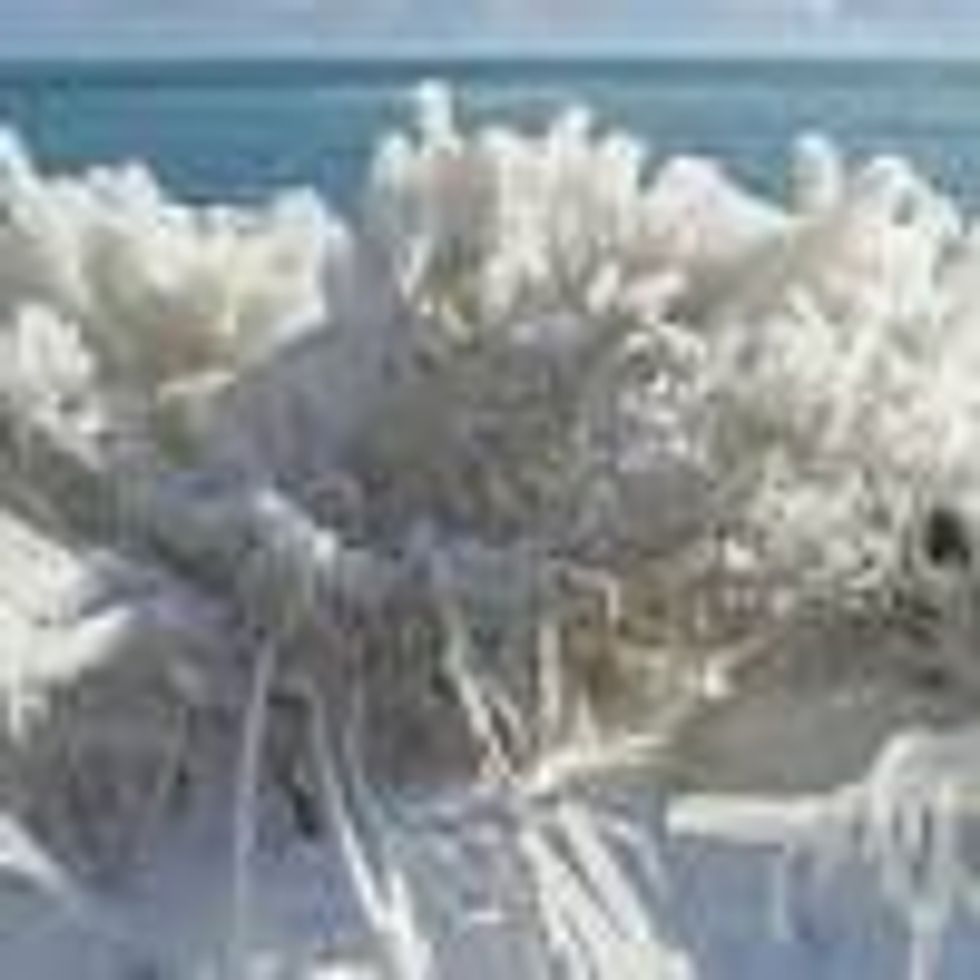 As we emerge from a polar vortex, understanding how it happens can help us understand climate change. Shutterstock
The Conversation
March 15, 2019

[Editor's note: This story has been retracted by its original publisher, as explained in the following note.]

The Conversation Canada published a story on March 14, 2019, that was incorrect.

The story was titled “Winter was frigid because the polar vortex got ‘drunk.’” The article tried to use a metaphor to explain the science behind the expansion of the polar vortex that sends cold air southward from the Arctic. It mistakenly linked a depletion of ozone to the destabilization of the stratospheric polar vortex.

After publishing the story, we were alerted about some inaccuracies by Zachary Lawrence, a PhD candidate at the New Mexico Institute of Mining and Technology whose research focuses primarily on the Arctic stratospheric polar vortex.

On a comment posted to the original article, Mr. Lawrence noted that polar vortex events “are not overtly related to ozone amounts, and thus humans are not responsible for such events via pollution and ozone depletion.” The author of the article, Jason Tetro, says “additional information provided by Mr. Lawrence revealed my misinterpretation” of the science.

We recognize this article did not meet our editorial standards and greatly appreciate that Mr. Lawrence brought the matter to our attention.

[The original story, now retracted, is included below.]

The mere mention of the term “polar vortex” elicits thoughts of bitterly cold temperatures and dangerous wind chills. Most people are aware that the frigid air in the Northern Hemisphere is coming directly from the Arctic region, yet they don’t know why polar vortexes happen.

Not surprisingly, this has led to some rather heated debate. One side of the argument claims that the polar vortex is a result of climate change and human activity. The other side suggests this is a natural phenomenon that proves global warming is false and that humans are not involved in altering our climate.

The truth is the former is correct. But trying to convince someone to accept this reality might be a difficult challenge. Thankfully, when it comes to the cause of the polar vortex, there is a relatively easy — and for some, relatable — explanation. Quite simply, the polar vortex gets drunk.

My research expertise is in microbiology, immunology and chemical mechanisms of molecular interaction (think antibiotics).

As a science communicator, one of my greatest hurdles is defining the intricacies of research into language with which people can understand. This means going deep into the literature and finding the mechanism behind the result. It also means having a deep level of knowledge in a variety of different science branches.

In some cases, the information can be difficult to convey to a wider audience. But when it comes to the polar vortex, it’s not difficult at all.

A close examination of the chemistry associated with the onset of these cold snaps reveals a near-perfect resemblance to a chemical shift our bodies encounter during alcohol consumption. The results reveal that both humans and the planet are similarly susceptible to unexpected and unwanted movements.

Most of us can recognize when someone has had too much to drink. Their speech is slurred and they have troubles with their balance. This latter symptom is why the walk-and-turn sobriety test is effective — an inebriated person has trouble moving in a straight line.

Maintaining posture and balance is a complicated neurological process. Research has revealed that one molecule, gamma aminobutyric acid (GABA), is necessary for us to achieve this goal. Our brains use this neurotransmitter to help control the signals to our muscles, particularly when we feel the effects of gravity or being pushed by another person.

When we drink alcohol, GABA helps us preserve our balance and posture. But once we end up losing the necessary levels of GABA needed to keep us upright, we sway, stagger and stumble. Only when we’ve sobered up and increased our GABA levels are we able to regain our balance.

A similar process occurs in the Arctic.

The polar vortex, officially known as the stratospheric polar vortex (SPV), is a stable air mass that tends to stay put when it’s cold sober. In the same way we feel an internal heat during alcohol consumption, the region can warm up with an infiltration of air from the south, better known as a sudden stratospheric warming. When this happens, the steadiness of the vortex is challenged.

When levels remain high, the vortex stays in place. But should the levels drop, then the vortex starts to sway, stagger and then stumble southward, a process known as outward eddy transport. Depending on how low the ozone levels drop, the vortex can stretch well into the southern United States and Europe. Eventually, the SPV sobers up, the ozone levels recover, and the air mass stays up north. But this recovery can be slow and leave those affected freezing for weeks instead of days.

As to what causes the ozone loss, it’s a reaction with a variety of chemicals in the air. Researchers can observe the process in real time and have found that the offenders are not alcoholic in nature but happen to be compounds that contain nitrogen and chlorine. The Earth produces these chemicals in the form of volcanic output and forest fire emissions, and this can lead to a drunk polar region.

But the frequency of these events has increased from one every few years to one very few months. There must be another perpetrator.

Thanks to real-time examinations of polar vortex movements over the last 20 years, we can easily finger the culprit: industrial air pollution. These commercial activities produce more than enough of the nitrogen and chlorine chemicals to reduce ozone levels and cause those drunken staggers. The data clearly shows that the blame for the rise in those cold blasts falls squarely on us.

As this winter’s supply of polar vortex events comes to an end, so should the debate over whether the polar vortex is real — it is — and whether these movements are due to human activity — they are. Until we find ways to reduce our dependence on ozone-removing chemicals, all we can do is hope for the best and brace for the worst.