Ukrainian oligarch with ties to Paul Manafort blasts Trump: 'He can't even talk' 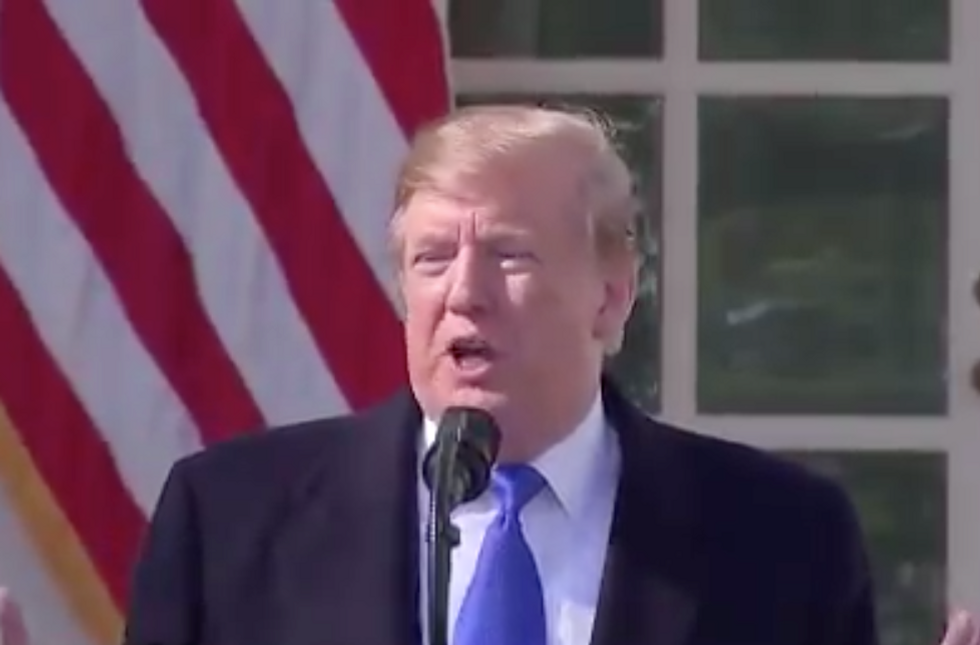 Dmytro Vasylovych Firtash, a Ukrainian oligarch with ties to President Trump’s former campaign manager Paul Manafort, has been fighting extradition to the United States on bribery charges going back to the Barack Obama era. And the 53-year-old Firtash has a lot to say about Trump—most of it unfavorable—in a new interview with the Daily Beast’s Betsy Woodruff.

In Woodruff’s article, published on Tuesday, Firtash acknowledges that Trump is “pretty crafty, capable enough of making decisions and getting things done.” He quickly adds, however, “I can’t say that he’s too smart.”

In the interview, Firtash asserts that Ukrainians don’t “love Trump or think he’s a great politician.” In 2016, Firtash recalls, many Ukrainians believed that Democratic presidential candidate Hillary Clinton “would win. So, they all started kissing up in that direction. But then, Trump suddenly won.”

Firtash resorted to biting sarcasm during the interview, telling Woodruff, “I, of course, understand that (Trump is) a world philosopher, and he’ll give such an epic speech that you need to record it and remember it forever. Unfortunately, he only made it to the third grade. He can’t even talk; he has no education.”

Firtash, however, disagreed with the frequently made assertion that Trump has had friendlier relations with Russian President Vladimir Putin than President Barack Obama did. According to Firtash, U.S./Russia relations have grown worse in the Trump era—and when Woodruff asked Firtash if he believed Putin was manipulating Trump, he responded, “Bullshit.”

During the interview, Firtash spoke much more favorably of Manafort (who has been sentenced to seven and one-half years in federal prison). The oligarch told Woodruff that he never did business with Manafort but spoke highly of Trump’s former campaign manager.

Manafort, Firtash recalled, “had his own consulting business handling political PR and communications. He worked in that field for years and was very successful and very smart.”

According to Firtash, Manafort “knew Ukraine well. He had a whole office in Kiev with translators. He had a big office with a lot of people.”

Firtash was first arrested by Austrian authorities in 2014 in connection with his indictment in the U.S., which has an extradition agreement with the European Union (EU) since 2003. And in 2017, the Vienna Court of Appeals ordered Firtash to be extradited to the U.S. to face charges.