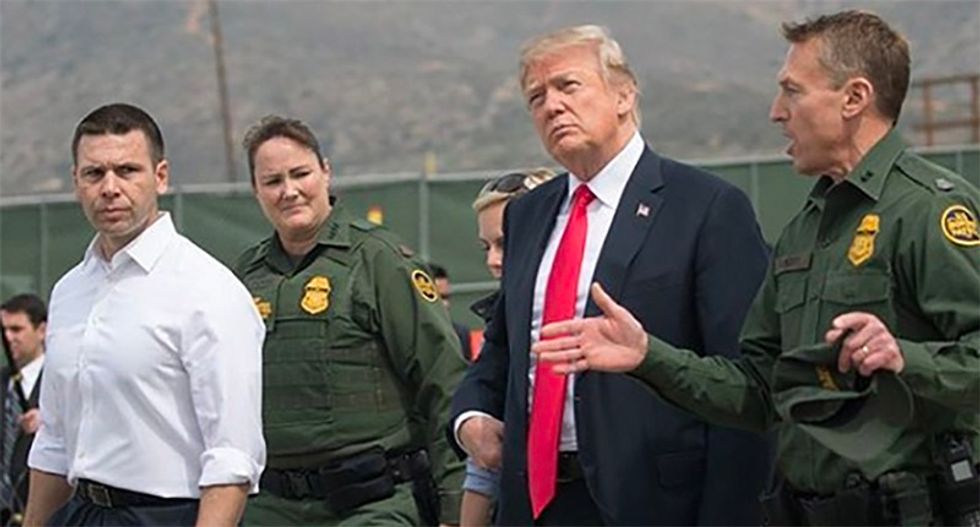 Alzheimer's patients, lower-income preschool children, and HIV and cancer patients are among the Americans whose needs may go unmet so that the Trump administration can afford to detain thousands of migrant children.

Health and Human Services (HHS) Secretary Alex Azar told Congress this week that he plans to divert $385 million from numerous healthcare programs to pay for detention centers across the country where more than 15,000 young undocumented immigrants are currently being held.

About $286 million will be taken from the Centers for Disease Control and Prevention, the National Institutes of Health, and HHS's programs for children and families, according to The Hill. Programs including HIV prevention and Head Start are expected to be affected.

"The Trump administration is once again robbing vital health and human services initiatives in order to pay for their failed policies," said Rep. Rosa DeLauro (D-Conn.) Friday. DeLauro chairs an appropriations subcommittee in the House which deals with healthcare funding.

"This $385 million reallocation takes money away from groundbreaking medical research into HIV/AIDS, cancer, mental health, as well as from Head Start, the Low Income Home Energy Assistance Program, and much more," the congresswoman added. "We cannot continue to spend taxpayer dollars on the President's manufactured crisis at the border, which is government-sanctioned child abuse."

"The public health community is in the midst of responding to a series of crises throughout the country, including a measles outbreak and addiction epidemic, and every dollar counts," said Emily Holubowich, executive director of the Coalition for Health Funding, in a statement.

"Additional funding, not less," she added, "is what is required to improve and protect the health of the population. In total, HHS has diverted nearly a billion dollars from the discovery of cures, outbreak response, and access to critical preventive and primary care services."

The Obama administration also transferred about $167 million from other programs in order to detain migrants.

Under President Donald Trump's aggressive anti-immigration agenda, the U.S. has opened detention centers for unaccompanied minors and the still unknown total of children who have been separated from their parents.

Azar's announcement that his department is dipping into appropriated funds in order to detain even more young migrants came just over a week after Rep. Ted Deutch (D-Fla.) reported that more than 4,500 children have suffered sexual abuse in U.S. immigration detention centers since 2014, including 178 who were abused by HHS staffers or contractors paid by the government to run the facilities.

"Public health and research programs cannot continue to bear the burden of paying for an immigration policy that harms children and families," said Holubowich.