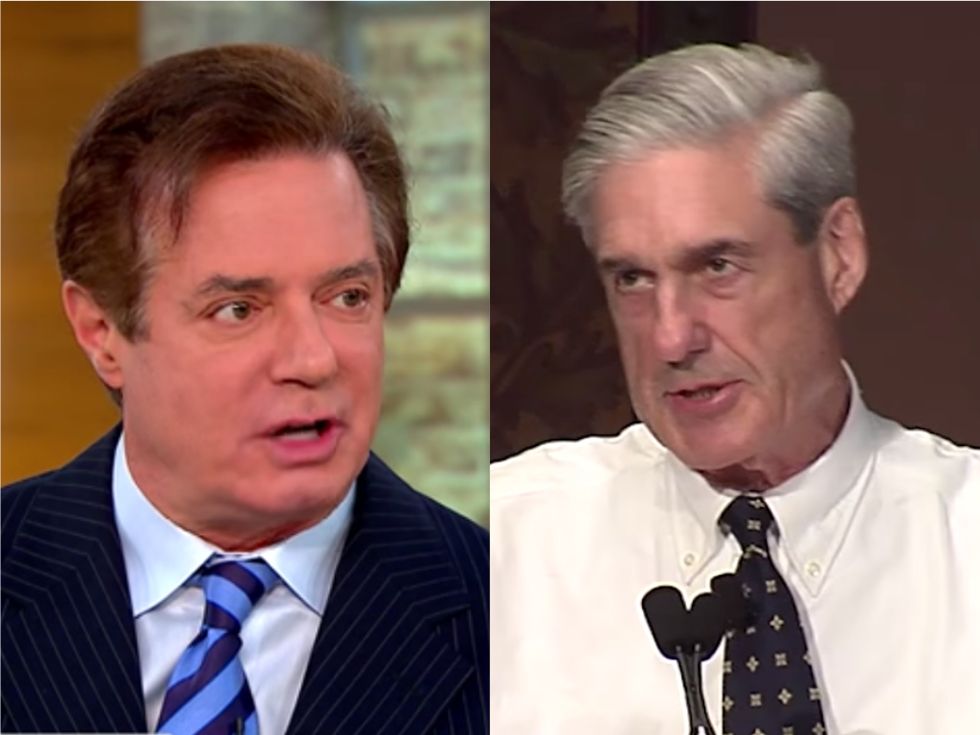 Special Counsel Robert Mueller has concluded that he does not have enough evidence to bring a charge of criminal conspiracy between President Donald Trump or anyone associated with his campaign and members of the Russian government, according to Attorney General Bill Barr's summary of the investigations final report.

With this announcement, Trump, his supporters, and critics of the investigation have collectively declared victory, many asserting that the idea of a "conspiracy" or "collusion" was obviously a hoax from the beginning.

As I've argued, "collusion" — as it is used colloquially, not as a legal matter — has never been disproven. In fact, we've seen decisive evidence of it in the public record.

But a look at Mueller's investigation shows that his team clearly took the question of conspiracy quite seriously, and in at least one case, they may have come close to proving it.

To review, what we know of incidents examined by Mueller's team and investigators points to at least seven vectors of possible influence from Russia on the campaign that could have implicated a criminal conspiracy:

Of these ties, we can be fairly confident that at least three didn't result in a criminal conspiracy. Papadopoulos was charged with lying to the FBI about his discussion with a professor, believed to be a Russian emissary, offering emails. Since Mueller brought no other charges and did not seem to place a particularly high amount of importance on this case, we can assume there's nothing else there. Cohen's negotiations on the Moscow deal, similarly, resulted in him telling criminal lies, but he became a cooperator with special counsel, and Mueller believed that Cohen was a useful and truthful witness after that. Flynn, too, was charged with lying about his discussions of sanctions with the Russian ambassador, became a cooperator, and was later deemed to a reliable and helpful witness.

It's, of course, possible that Mueller's team was somehow duped and evaded by either Flynn, Cohen, or Papadopoulos, but given their demonstrated skill, the most likely scenario is that they knew what was going on and chose to bring no conspiracy cases.

Three other ties listed above remain relatively mysterious. Is there more to the story about Stone's talks with WikiLeaks? What really happened at the Trump Tower meeting? What went on in the Seychelles? Mueller may know much more, but it's not obvious he was able to get to the bottom of any of these events, and the public information — and the reliability of the relevant witnesses — is extremely limited.

But the most important and intriguing tie, it seems, is Manafort's links to Kilimnik and Deripaska. Deripaska, a Russian oligarch with ties to Putin, and Kilimnik, a Russian political consultant believed to have a past with Russian intelligence, have longstanding relationships to the former Trump campaign manager. Manafort reportedly offered Deripaska, to whom he was in debt, "briefings" during the campaign, and he reportedly delivered extensive polling data to Kilimnik in August before the election. These raise the real possibility of a conspiracy.

But then, crucially, in between trials, Manafort flipped. He agreed to cooperate with prosecutors, it seemed, and Mueller's team was happy to take him on and give him a deal. They wouldn't have done that unless they thought there was more they could get out of him — information about other crimes above and beyond the counts he already faced.

Was it about a conspiracy charge? We don't know for sure yet. But it looks that way. We do know that Manafort's associate and deputy campaign manager Rick Gates, had already long been a reliable cooperator with Mueller. That means that the special counsel likely had good information about what Mueller might know and what cases and allegations he could shed light on.

Famously, though, Manafort's flip turned into a double flip. He lied to Mueller's team, a judge would later confirm, violating his plea agreement.

And one of the things we know Manafort lied about was his connections to Kilimnik, and, in particular, the meeting in which he handed over campaign polling data.

"This goes, I think, very much to the heart of what the special counsel's office is investigating," said prosecutor Andrew Weissmann of the special counsel's team at a hearing on the matter. "There is an in-person meeting at an unusual time for somebody who is the campaign chairman to be spending time, and to be doing it in person."

He also said that he believed part of Manafort's reason for lying is that he was hoping for a presidential pardon.

So what can we conclude? In the fall of 2018, about a year and a half into the probe, Mueller's team was interested in questioning Manafort about his meetings with Kilimnik. This, they believed, was at the "heart" of the investigation. Of the two prongs of the investigation — obstruction and conspiracy — this was obviously about conspiracy. They thought getting Manafort to cooperate on this matter was important enough to take him on as a cooperator, which could result in lowering his sentence. And we have reason to believe they knew what information they were looking for, because they had Gates on their side. (To be clear, though this all suggests Mueller believed Manafort may have conspired, none of it directly implicates the president in the potential conspiracy.)

But Manafort refused to be a true cooperator, so the special counsel got no more new reliable information.

It's conceivable Gates knew there was evidence of a conspiracy in the meetings, but Mueller thought his testimony alone couldn't prove it. Or perhaps Gates's testimony merely suggested there was a conspiracy, and Manafort was either unwilling or unable to give up the goods. Perhaps there was nothing more of interest to say about the meetings. Though if that's true, it only raises the question: Why did Manafort repeatedly lie?

Without Manafort unwilling to tell the truth, Mueller hit a dead end. After it became known that Manafort lied to the special counsel, reports started to trickle out that the probe would be wrapping up soon. And this month, it finally ended, unable to "establish" the existence of a criminal conspiracy. But not for lack of trying.