The View's Meghan McCain erupts after co-hosts challenge the record of her dad's friend Joe Biden: 'Don’t do this to him!' 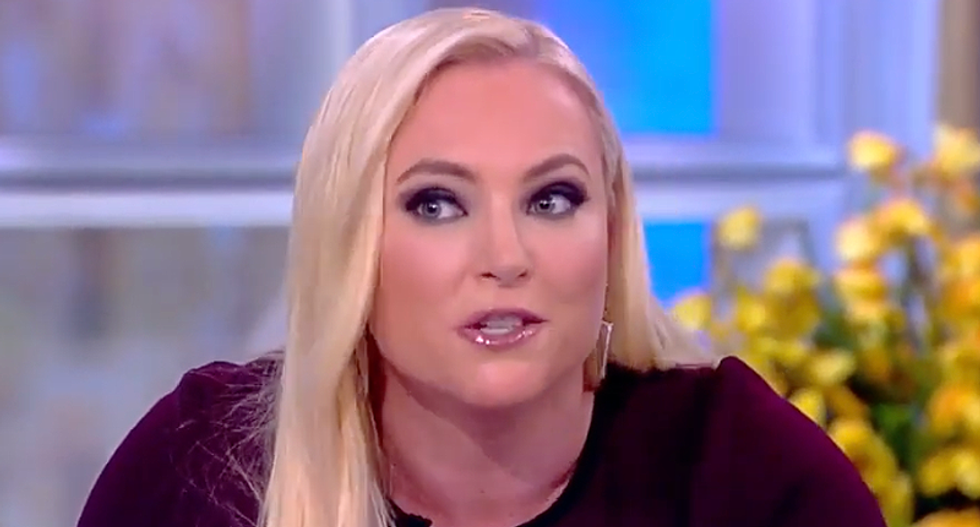 “The View” erupted into a shouting match after co-host Meghan McCain refused to stop praising Joe Biden as “classy.”

The panelists were discussing Biden’s expression of regret for how Anita Hill was treated during the Clarence Thomas confirmation hearings, and McCain objected after Sunny Hostin said he still hadn’t personally apologized or explained his own role in downgrading sexual harassment allegations against the Supreme Court justice.

“Joe Biden is one of the truly great, decent human beings on the planet,” McCain said. “If Democrats cannibalize each other, it’s exactly what Trump wants.”

McCain, whose father was friends with Biden during their decades together in the Senate, said Democrats were too critical of their own presidential candidates.

“If Democrats want to eat each other it is only going to get Trump elected,” she said.

Hostin disagreed, saying that Democrats are setting themselves apart from Trump by apologizing for past misdeeds.

“I think we have come to a point in our society because of Trump that people are unwilling to own up to their failings, unwilling to apologize,” Hostin said. “Why not be classy?”

McCain cut her off.

“With all due respect, I know Joe Biden very well, he’s very classy,” McCain said, and Hostin agreed. “I’m sorry, I cannot sit here and let his record or his character in any way being taken down. If that’s not enough, then whenever he hopefully comes on this show or another show he can answer for it, but I beg of you, don’t do this to him.”

Hostin again tried to argue that politicians should be willing to own up to mistakes, but McCain barged back into the conversation.

“I’m sorry, I’m sorry,” she said, trying to elbow past Hostin and Abby Huntsman, who also was trying to make a point.

“To the point of the Democrats eating each other up on this, there is so much immorality on the other side that this is the reaction,” Behar said. “They’ve got to be the most moral and the most ethical. America, remember this in 2020 and vote for them.”

McCain responded by shouting about Sen. Bernie Sanders, and the attacks he lobbed against Hillary Clinton during their 2016 primary.

“I’m sorry, I’m sorry, what Bernie Sanders did to Hillary, you will do to him,” McCain said. “I’m giving you guys a fair warning right now of — this is my warning flare to Democrats. What Bernie did to Hillary, it ended up helping Trump, and that’s what you’re doing to Biden right now.”