The Republican National Committee has a game plan to attack and intimidate journalists who criticize Trump: report 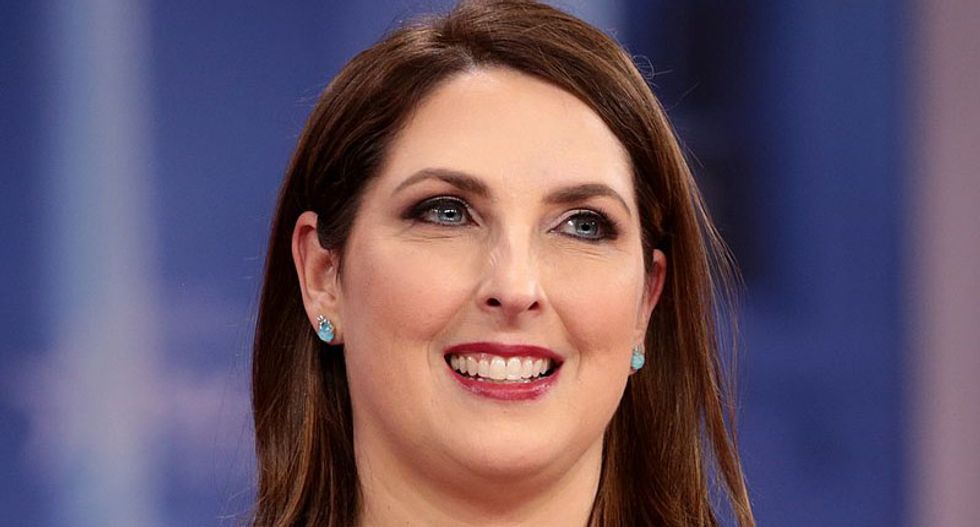 The Republican Party has had a hostile relationship with the press for years. They have sought to stave off criticism of their scandals and policy flaws by tarring journalists with a broad brush as the "liberal media" (which, at least as far as mainstream outlets go, is a complete myth). President Donald Trump took this to a further extreme by calling any story critical of him "fake news," an insult that he repeats, on average, once a day. Trump's former strategist, alt-right former Breitbart News owner Steve Bannon, even went so far as to call the mainstream media the "opposition party."

But now, the GOP is preparing to take their assault on the press to a new level.

According to The Atlantic, Trump's allies at the Republican National Committee, as well as the super PAC America First, are planning an offensive not just against Democrats who criticize Trump, but against journalists: "Any reporter who tries that will be hit with 30-second spots of all their ridiculous claims about collusion," said an anonymous source within GOP strategists' orbit. "Their tweets have all been screencapped. It's all ready to go."

Quite apart from being draconian, this would seem to be a waste of resources, given that in general these reporters will not actually be running for office against them.

The GOP broadly plans to use Attorney General William Barr's four-page summary of special counsel Robert Mueller's investigation, which stated that Mueller did not find sufficient evidence to charge anyone on the Trump campaign with conspiracy with the Russian government, to discredit anyone who has speculated about collusion in the last two years. They're even demanding that House Intelligence Chairman Adam Schiff (D-CA) resign for saying there was evidence of collusion. In reality, Barr's letter doesn't actually say there was no evidence of collusion, just not a prosecutable case — and until the actual Mueller report is released, there's no way to know the extent of what he did find.

Indeed, unfortunately for the RNC, the public seems to recognize this. A recent poll showed 56 percent of people do not believe that Barr's summary exonerates the president. So if Republicans want to attack reporters, they might be jumping the gun until they actually persuade the public that those reporters are wrong.