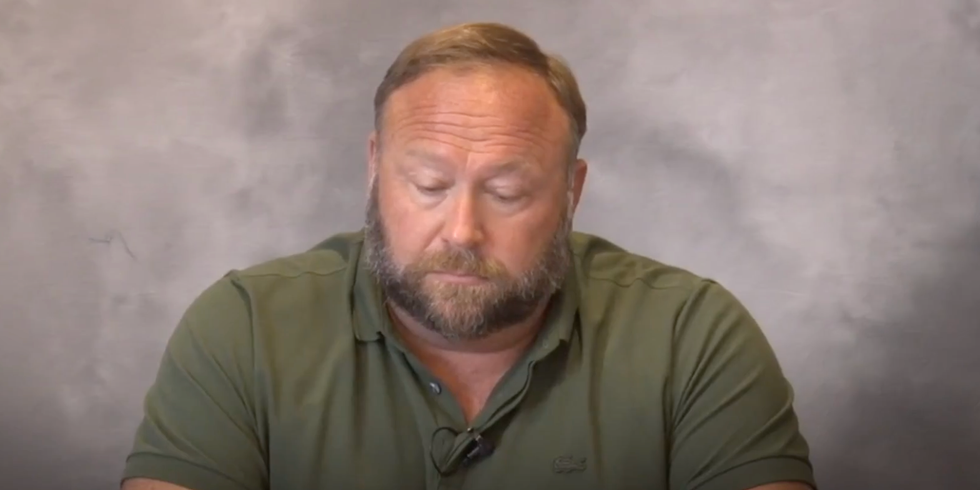 Alex Jones, founder of the radio program “The Alex Jones Show” and the high-traffic Infowars website, has been a leading promoter of the conspiracy theory that the Sandy Hook Elementary School shooting in Newtown, Connecticut on December 14, 2012 was a “false flag” and a hoax. The right-wing conspiracy theorist has been battling an abundance of civil lawsuits from family members of people who died in the tragedy, which claimed 26 lives altogether (20 children and six adults). HuffPost has obtained a video of Jones being questioned by attorney Mark Bankston, who is representing plaintiff Scarlett Lewis, one of the people suing Jones.

Bankston asked Jones, “You’ve done mocking imitations of Sandy Hook parents crying, correct?” Jones denied that he had, but Bankston went on to show clips of Jones doing exactly that in 2014 and 2016.

After showing Jones the clips, Bankston said, “You realize now, you were mocking  the difficult emotional reactions of people who provably lost their children.” Jones, however, maintained that his statements were not meant “to mock the parents…. It is you that is projecting mocking onto it.”

Bankston also told Jones, “You don’t believe the official story of Sandy Hook. You think there was a cover-up.” And Jones responded that he had a problem with “all gun owners being collectively blamed” for the Sandy Hook shooting and that he still believes there has been “a cover-up of events.”