‘Part of the fabric of life’: Missouri House passes minister’s bill allowing Bible to be taught in schools 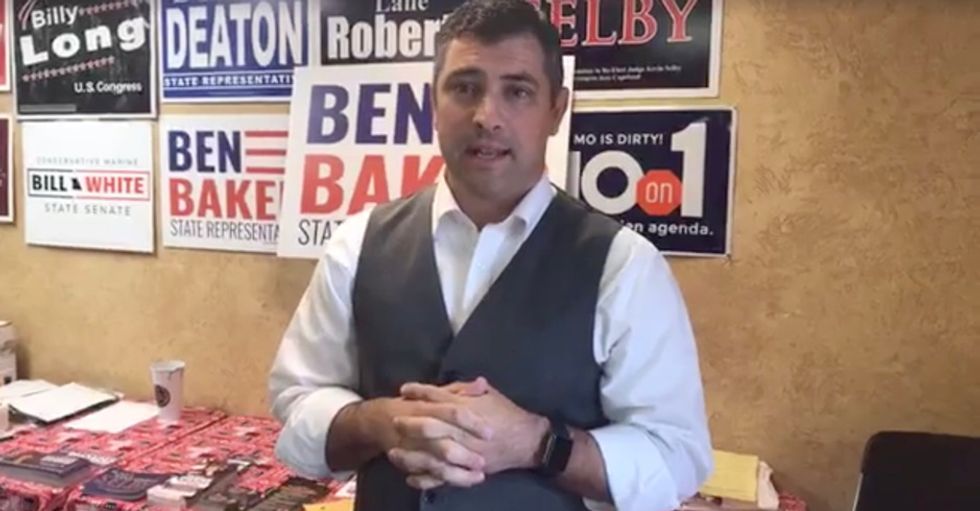 Lawmakers in the Missouri House of Representatives this week passed a bill that would allow the Christian bible to be taught in public schools. The legislation, sponsored by a freshman Republican Rep. Ben Baker who is also an ordained minister and the dean of a bible college, passed 95-52, the AP and Newsweek report.

“The Bible is simply a part of the fabric of life,” Rep. Baker told a Missouri House committee last month.

St. Louis Public Radio reports that "Baker says the aim of the class would be to teach students how those books influenced society — and America’s founding fathers."

“That connection in of itself I think would help understand a lot of things: government, law, justice — you can go down the line,” Baker told the NPR station. “There’s a lot of value there in understanding those, aside from being able to understand the culture around us.”

Friendly Atheist warns, "that suggests he wants to promote David Barton-style pseudo-history instead of actually discussing how the Founders supported church/state separation."

On his campaign website Rep. Baker describes himself as "a minister, missionary, professor and the dean of students at Ozark Bible Institute in Neosho. I currently serve as the board president of our local pregnancy resource center, and I am a long-time advocate for the right to life."

"As a husband and father, family values are not only very important to me – they define who I am," he adds. Whether it is religious freedom or excellence in education, I am ready to fight for our values in Jefferson City."

The legislation would not make bible classes mandatory, which would be unconstitutional, but elective.

That's not good enough for some who oppose the legislation, especially as an amendment to allow classes for the Book of Mormon was defeated. An amendment expanding the classes to include Muslim, Hindu, and Buddhist texts was defeated.

Rep. Baker falsely claims to include more religions would actually be "exclusionary."

“There’s more religious texts than that,” Baker said. “So it would be more exclusionary than the current law is. They can already teach any of those books that they want to as an elective or part of elective courses. And there’s value in those things. I do think there’s a difference, though, between all of those religious books and the influence of the Bible on our nation. So, I think our students need to know that.”

There is clearly some opposition to the bill.

“That’s why we don’t have a popular democracy for every issue," Rep. Dogan said. "That’s why we have a representative democracy."

"I oppose this legislation not because I oppose the Bible," Brian Kaylor, a Baptist pastor, told the St. Louis Post-Dispatch. "The Bible cannot be reduced to merely an elective high school class. The Bible is inherently religious, and we cannot pretend otherwise."