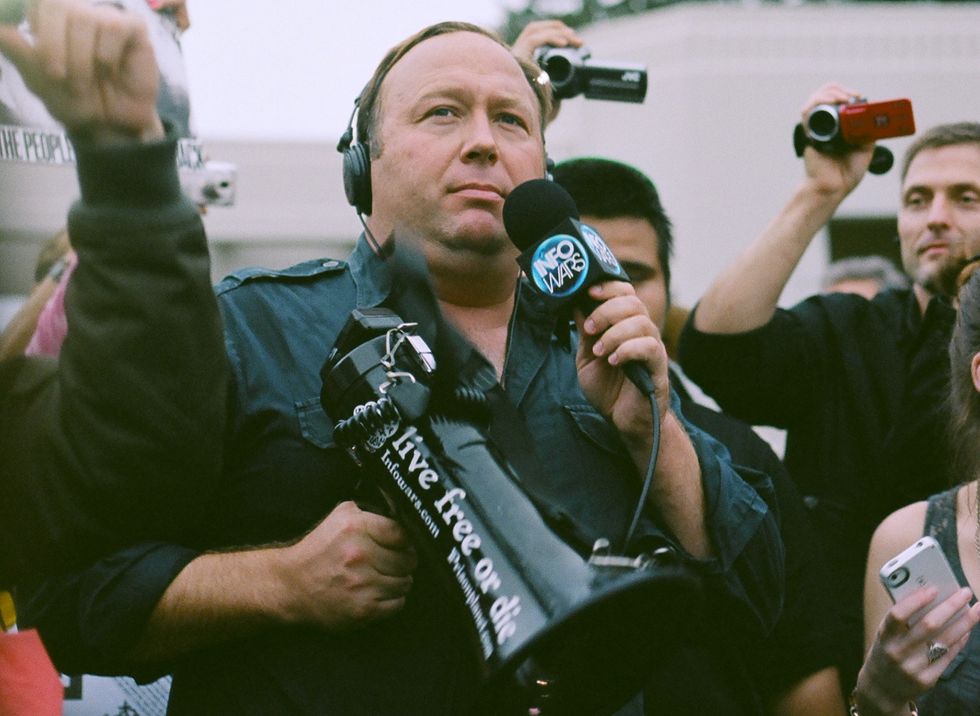 When mass shootings have occurred in the United States, Alex Jones’ radio program and his Infowars website have often been quick to promote conspiracy theories on the tragic events—including the Valentine’s Day 2018 shooting at Marjory Stoneman Douglas High School in Parkland, Florida, where 17 people were killed. And according to e-mails obtained by HuffPost, NRA official Mark Richardson contacted Infowars’ Wolfgang Halbig the day after that shooting to pitch a potential conspiracy theory.

In an e-mail dated February 15, 2018, HuffPost’s Sebastian Murdock reported, Richardson told Halbig that “there is so much more to this story” and that the shooter, Nikolas Cruz, “was not alone.”

Richardson wrote, “Concerning what happened in Florida yesterday, I have been asking the question, and no one else seems to be asking it. How is it that Cruz was able gain access to a secured facility while in possession of a rifle, multiple magazines, smoke grenades and a gas mask?”

It was also on February 15, 2018 that Infowars posted an article with the headline, “Video: Second Shooter Reported in Florida Massacre,” although it’s unclear if Halbig wrote that item.

In an e-mail to HuffPost, Richardson confirmed that he had contacted Halbig on February 15, 2018 and wrote, “Since an individual who was prohibited from the school was aloud [sic] to pass through the front doors with a backpack containing a long gun, it is a legitimate question to ask if he had assistance concerning access to the school.”

Halbig has been accused of harassing parents of children killed in a different shooting: the 2012 Sandy Hook Elementary School tragedy in Newtown, Connecticut, where 26 people (including 20 children) were fatally shot. And Jones, on his radio show, has repeatedly claimed that the Sandy Hook shooting never happened and that it was a false flag operation designed to suppress the rights of gun owners.