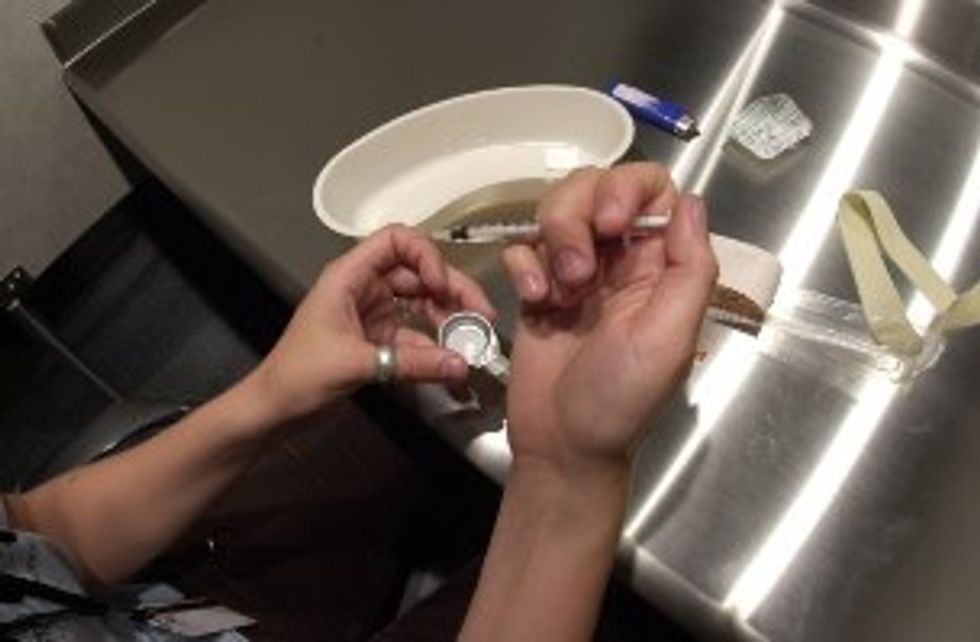 By its very nature, the global drug prohibition regime relies on the repressive apparatus of state actors to enforce compliance, and that has severe implications for human rights. Now, a coalition of United Nations member states, UN bodies, and leading human rights experts has launched a landmark set of international legal standards aimed at putting human rights concerns at the center of drug policy.

The human rights implications of the global war on drugs cover a dizzying array of governmental abuses of their citizens. Whether it’s the mass imprisonment of drug users in the U.S., the death squad-style atrocities of Philippines President Rodrigo Duterte’s bloody anti-drug campaigns, the spraying of herbicides on coca-growing peasants in Colombia, forced drug treatment camps in Southeast Asia, or the resort to the death penalty for drug offenses in any number of countries, the quixotic global effort to eradicate drugs has left a trail of human rights abuses.

For years, human rights organizations such as Amnesty International and Human Rights Watch have championed the need to put human rights front and center when it comes to drug policy. But with the release this week of the International Guidelines on Human Rights and Drug Policy, recognition of the necessary centrality of human rights moves from the sidelines to the very center of the global drug prohibition regime. Released under the aegis of the UN Development Program and the Joint UN Program on HIV/AIDS (UNAIDS) with the endorsement of key member states, the guidelines create a comprehensive set of human rights standards to guide governments in developing drug policies that comply with basic standards of universal human rights.

They also come at a key juncture in the global drug policy-formation process. The guidelines are being released as high-level governmental representatives are gathered at the Commission on Narcotic Drugs in Vienna to shape a new global drug strategy. With decades of evidence showing the systemic failures of the punitive paradigm, including widespread human rights violations, the UN and member states are facing a rising clamor for a shift in policy—one that not only respects human rights but also places global drug policy in line with broader UN objectives.

“Drug control policies intersect with much of the 2030 Agenda for Sustainable Development and the pledge by Member States to leave no one behind. Approaches that violate human rights and fail to curb the illicit drug trade are leaving a trail of human suffering,” said Mandeep Dhaliwal, director of UNDP’s HIV, Health and Development Group. “For countries who are ready to place human dignity and sustainable development at the heart of their drug control policy, these guidelines offer valuable guidance to promote more effective and humane drug control policy.”

One focus of the guidelines is criminal justice and the rule of law, and they feature recommendations across the realm of the administration of justice. Whether it’s arbitrary arrest and detention, discriminatory policing practices, or drug decriminalization, the guidelines bring the global state of human rights law regarding drug policy into full view, including ending the death penalty for drug-related offenses.

“Punishment and exclusion have been instrumental to the war on drugs,” said Judy Chang, executive director of the International Network of People who Use Drugs. “The time has come to privilege human dignity over social isolation and champion human rights, putting an end to the shameful legacy of mass incarceration.”

But the guidelines encompass more than criminal justice; they also make clear that a human rights emphasis is key in improving people’s rights to health, an adequate standard of living, and freedom from torture. The guidelines say that states are obligated by their health obligations to ensure the availability and accessibility of harm reduction services, such as needle exchanges and safe consumption spaces.

Those services must be adequately funded, appropriate for the needs of vulnerable groups, and respectful of the human dignity of their clients, the guidelines say.

“Ninety-nine percent of people who inject drugs do not have adequate access to harm reduction services and are left behind in progress against HIV,” said Michel Sidibé, executive director of UNAIDS. “More than 12 percent of people who inject drugs are living with HIV and over half have hepatitis C. The only way to advance progress is to put people at the center, not drugs.”

The guidelines also emphasize the importance of protecting the rights of farming communities—especially women—even to the extent of urging governments to temporarily permit the cultivation of illicit drug crops to allow farmers the chance to make a smooth transition to alternative crops. They cite Thailand’s success in helping farmers move from opium production to alternative livelihoods.

Issuance of the guidelines will allow member states, multilateral organizations, and civil society to use the rights-supporting UN Charter and Universal Declaration of Human Rights as implements of reform, putting them in their deserved central roles in the formulation of both international and national drug policies. For too long, globally accepted human rights standards have been sidelined by repressive approaches.

“Human rights should not just inform critiques of the response to drugs worldwide, they should also be the main drivers of its reform, underpinning checks and balances to break cycles of abuse,” said Julie Hannah, director of the International Center on Human Rights and Drug Policy, University of Essex. “Fighting inequality and injustice is a more effective way of addressing the global drug problem than prisons and police.”