It sure looks like Fox News broke the law to help Trump: Lawyer for reporter suing the network thinks Congress should subpoena her client 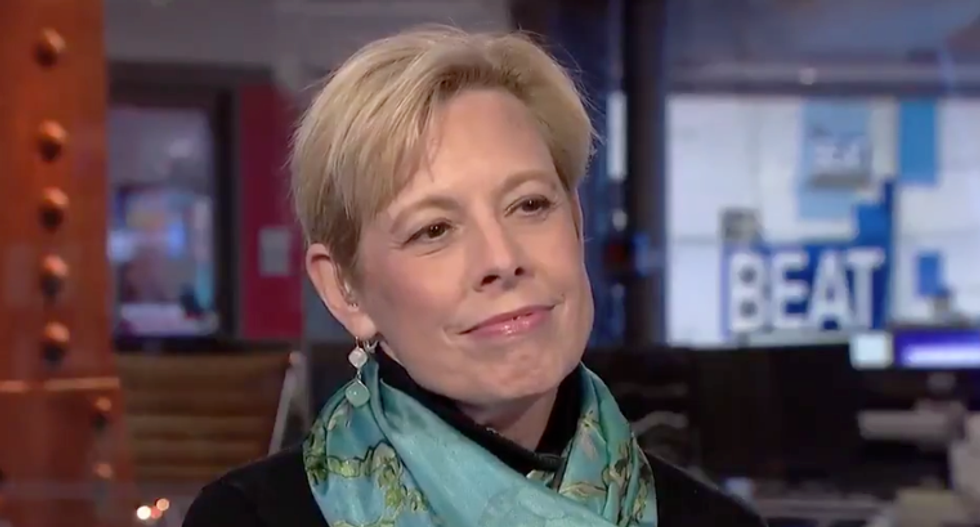 A potentially massive story is brewing that connects Donald Trump, Stormy Daniels, Fox News, and potentially illegal actions by Fox network executives. On March 11, attorney Nancy Erika Smith appeared on The Beat with Ari Melber on MSNBC to discuss the publicly available facts relating to her client, former Fox News reporter Diane Falzone, who had the Stormy Daniels story before the 2016 election and was told to “let it go” by Ken LaCorte, a now-former Fox News executive.

Falzone is currently prohibited from talking about the case because she sued the network in an unrelated discrimination case, and her settlement came with a nondisclosure agreement that prohibits her from speaking out. She explained in a Vanity Fair op-ed why she accepted the terms of the settlement.

After the story’s publication, my phone lit up with text messages. After all, I was that reporter. But there isn’t much that I can say about the incident in Mayer’s story, because I am subject to an N.D.A. In March 2018, I settled a lawsuit that I brought against Fox News claiming gender and disability discrimination and retaliation. The settlement contained a non-disclosure clause. I was in the middle of a high-risk pregnancy and wanted to move on with my life.

LaCorte denies he killed the story because Fox News owner Rupert Murdoch favored Donald Trump, instead saying he did so because it was "not publishable." Falzone and her attorney are asking for Fox News to release Falzone from the part of her nondisclosure agreement relating to the Donald Trump-Stormy Daniels story so the full facts can become known.

Stormy Daniels’ original attorney, Keith Davidson, has been speaking out this week and providing new details about the settlement. In an interview with Chris Cuomo on CNN, he made the case that the settlement was absolutely an effort to conceal the story from the public in the weeks before the election, because the Trump camp knew about Stormy Daniels’ efforts to tell her story, beginning in 2011 and continuing all the way until 2016. Davidson said that as soon as the Access Hollywood tape was released, Trump’s personal attorney, Michael Cohen, was on the phone with him to buy and kill the story as soon as possible.

With that in mind, Smith’s appearance on MSNBC last night was truly newsworthy because she suggested to Ari Melber that Congress should subpoena her client and all of her records relating to the Stormy Daniels story that was killed in October 2016, at the exact same time Cohen was busy arranging to silence Daniels. Why? Here’s what Smith said to Melber when he asked her what value Congress might find in her client’s testimony: “It would add to the investigation into whether Fox is really a news organization or if it is a campaign arm of Donald Trump, or whether just killing this story was an illegal campaign contribution, worth, what? Obviously they thought it was worth something.”

Smith also took the network to task for using the nondisclosure agreement to prevent a journalist from presenting the facts. She went further, saying Donald Trump and other politicians shouldn’t be able to use such agreements to conceal facts from the public.

If Fox News won’t immediately release Falzone from that portion of her nondisclosure agreement, Congress should immediately subpoena her so the full facts can become known.