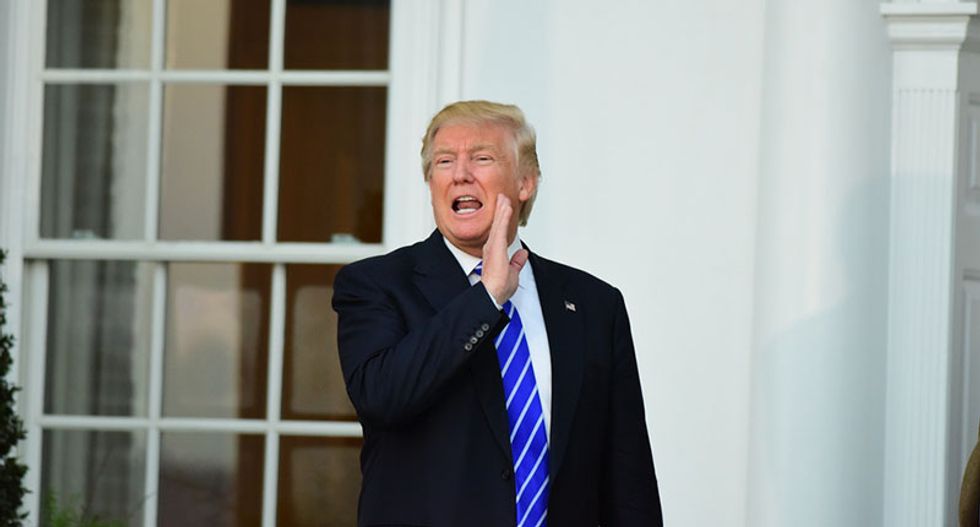 Throughout Donald Trump’s presidency, he has been plagued by one scandal after another—from allegations of hush money payments to a long list of Trump associates facing criminal charges in federal court. And in a new report, Axios uses data from presidential historians (including Jon Meacham) to show why Trump is among the most scandal-plagued presidents in United States history.

The Axios report, compiled by Jim VandeHei and Mike Allen, examines various Trump-related scandals and weighs them against historic events. VandeHei and Allen, noting that Special Counsel Robert Mueller still has yet to deliver the final report for his Russia investigation, assert that the only two scandals that “come close to Trump-Russia” are Watergate in the 1970s and the Teapot Dome scandal of the early 1920s (when a corrupt aide to President Warren Harding was bribed by oil barons for petroleum leases). However, the Axios reporters point out that Watergate and Teapot Dome “were more limited because a foreign power wasn’t a central player, and a much narrower band of potential offenses was under investigation.”

VandeHei and Allen also mention a fourth scandal: Iran-Contra, noting that it “involved a more limited range of issues” than Russiagate. Under President Ronald Reagan, arms were sold to the Iranian government—and the profits were used to fund the anti-Sandinista Contra insurgents in Nicaragua.

Discussing contact between Russian officials and Trump associates during the 2016 presidential election and the late 2016/early 2017 lame duck session, VandeHei and Allen look for historic parallels and conclude that there are “none.”

VandeHei and Allen find a parallel between Trump’s firing of FBI Director James Comey in 2017 and the “Saturday Night Massacre” of 1973, when President Richard Nixon tried to undermine the Watergate investigation by abolishing the office of prosecutor Archibald Cox and firing Deputy Attorney General William Ruckelshaus (who refused to fire Cox). Attorney General Elliot Richardson, who also refused to fire Cox, resigned from the Nixon Administration.

Another Trump-related scandal: the president ignored the advice of his attorneys and intelligence experts when he gave a top-secret clearance to his son-in-law, Jared Kushner. White House Chief of Staff John F. Kelly, who Trump later fired, noted his opposition in a memo. And VandeHei and Allen assert that there is no historic parallel for this scandal, quoting Meacham as saying that it “transcends scandal” and is “a national crisis in the sense of a period of elevated stakes, high passions and possibly permanent consequences.”

According to Meacham, "We’re in the midst of making history more than we are reflecting it.”

VandeHei and Allen conclude their report on an ominous note, asserting that “Trump himself might survive all of this—and even more. Republican voters seem basically unmoved by the mounting evidence.”