GOP candidate allegedly sued a Republican activist for stalking to hide his own affair with her: lawyer 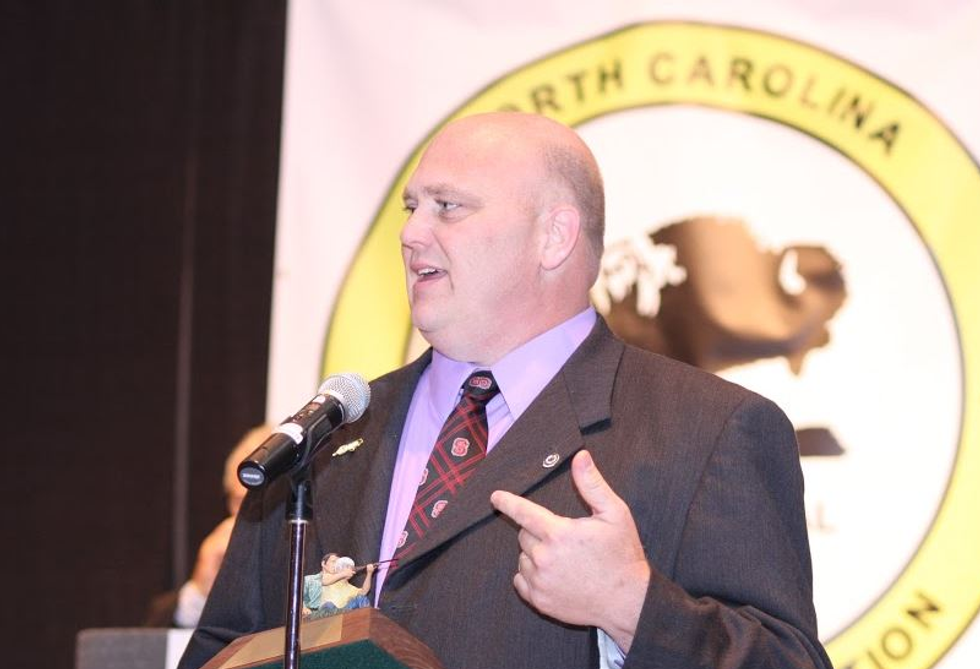 Rushing, who gained attention for campaign ads in which he was dressed up as Dukes of Hazzard antagonist Boss Hogg, apparently filed a lawsuit in 2015 on behalf of his young daughter against Tracy Wesolek, a local Republican operative who later was elected to the Town of Waxhaw Board of Commissioners. The lawsuit sought a temporary no-contact order for "STALKING OR NON-CONSENSUAL SEXUAL CONDUCT," and vaguely suggested that Wesolek had assaulted or molested his daughter.

But it turned out that Rushing failed to disclose he was having an extramarital affair with Wesolek, and had professed his love for her and suggested leaving his wife for her shortly before he filed the complaint in court. Rushing admitted this after Wesolek's attorney, John Snyder deposed him in the district court — and he could not provide any evidence for his allegations against Wesolek other than a teasing Facebook post from Wesolek's son. Snyder speculated to Popular Information that Rushing had fabricated the whole thing to give himself "political cover" against rumors the two of them were involved romantically.

Asked to comment by Popular Information, Rushing said that the judge had forbidden him from discussing the case in his order — but this is not true. He also proclaimed on Facebook that he would be willing to detail his "sexual history from loss of virginity to today" to any reporter who can get McCready on record about abortion, the Green New Deal, and details of the ballot fraud investigation.

The special election in North Carolina's 9th District comes after the state Board of Elections voted unanimously to throw out the results from November, in which GOP Baptist pastor Mark Harris defeated Democratic Marine veteran Dan McCready by 905 votes. A subsequent investigation revealed substantial evidence of an absentee ballot-fraud scheme in Bladen and Robeson counties, conducted by Leslie McCrae Dowless, a local political operative employed by Harris' campaign who has since been indicted. After Harris' own son exposed on the stand that he had lied about being unaware of Harris' history of legally suspect campaign tactics, Harris himself agreed there should be a new election.

Harris gave his endorsement to Rushing, making him the most covered Republican candidate for the race, but he is unlikely to be alone in the primary. Former state Sen. Tommy Tucker is reportedly building a campaign staff, while former Mecklenburg County commissioner Matthew Ridenhour says he will announce as soon as this week whether he will enter the race. On the Democratic side, McCready, who has been fundraising for a rematch ever since the election fraud allegations surfaced, will likely have no trouble winning the nomination again.