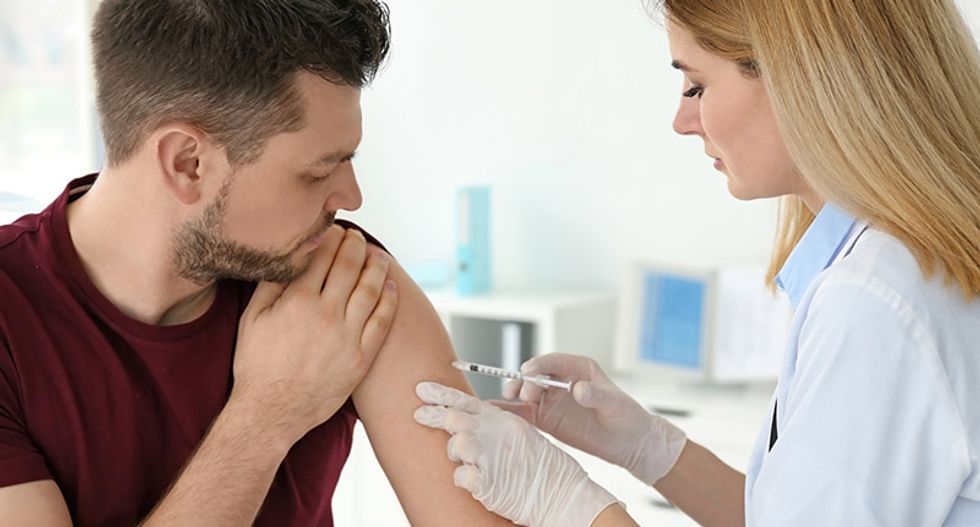 On Friday, The Daily Beast reported that crowdfunding platform GoFundMe is banning anti-vaccine activists from fundraising to promote medical disinformation and conspiracy theories:

"Campaigns raising money to promote misinformation about vaccines violate GoFundMe's terms of service and will be removed from the platform," spokesman Bobby Whithorne told The Daily Beast.

"We are conducting a thorough review and will remove any campaigns currently on the platform."

"Antivaxxer" campaigns, at least those that promote an alternative product to vaccines, would appear to already violate GoFundMe's terms of service, which prohibit "products that make health claims that have not been approved or verified by the applicable local … or national regulatory body."

Nonetheless, such campaigns have been highly effective on the platform. Antivax activist Larry Cook, for example, has generated nearly $80,000 from various GoFundMe campaigns, and has used the money to take out attack ads against vaccines on Facebook — including some that targeted pregnant women during a measles outbreak. Cook's website disclaims that he may also skim some of the proceeds from his campaigns to pay "personal bills."

GoFundMe's decision is the latest in a series of steps taken by tech companies in recent weeks to curtail false medical information on their platforms. Facebook is moving to prohibit antivax ads, and YouTube is trying to demonetize antivax videos posted to the site.

All available medical evidence shows vaccines are among the safest and most effective medical treatments in use today. But conspiracy theories about vaccine efficacy and side effects have caused many parents to delay or skip the recommended vaccine schedule, with the result that once-eradicated childhood diseases like measles, which can cause brain damage and death, are coming back.