Beto O'Rourke signed this pledge on oil money. Did he break it? 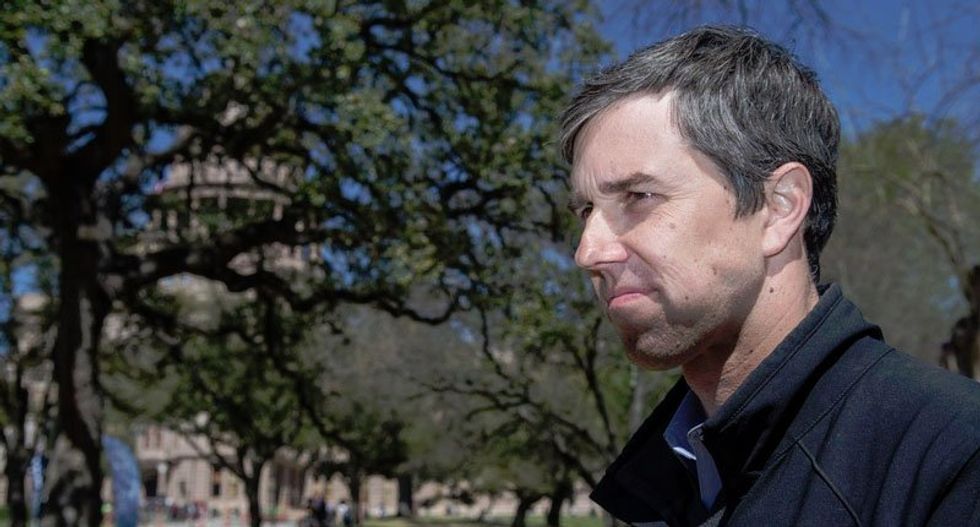 As he launches his candidacy for president this weekend in oil-rich Texas, Beto O’Rourke is taking some flack from the left for all the money he got from drilling interests during his race for the U.S. Senate — and about reports of his more recent refusal to sign on to the “No Fossil Fuel Money Pledge.”

O’Rourke, who is making the “existential threat” of climate change a major theme of his presidential kickoff tour, signed a pledge against taking any fossil fuel money at the behest of an Austin environmental group during the Senate race, according to a copy obtained by The Texas Tribune. But he was removed from the national list of pledge signers after one of the national environmental groups behind it saw reports that he had accepted almost half a million dollars from individuals, including executives, in the oil and gas industry during the 2018 campaign.

That haul made him the second-largest recipient of oil and gas dough in the nation last year — bested only by his opponent in the race, Sen. Ted Cruz, R-Texas, according to the non-partisan Center for Responsive Politics. He was just one of two Democrats on the list of the top 20 recipients. (The other, former Sen. Heidi Heitkamp of oil-friendly North Dakota, was defeated in November)

“Beto O’Rourke has talked a big game on the imperative of taking action on climate change, but we need to see him back that rhetoric up with real plans to take on the fossil fuel industry that’s causing this crisis, even if it’s difficult for him to do as someone coming from Texas,” said David Turnbull, strategic communications director of Oil Change US, one of the major organizers of the pledge drive. “We need to make difficult choices … to tackle climate change.”

The O’Rourke campaign did not immediately respond to emails seeking comment about the pledge or his stance on oil and gas issues.

Both as a Senate and now as a presidential candidate, O’Rourke has sworn off donations from political action committees, or PACs, which are fundraising committees that represent corporate and other special interests across the ideological spectrum.

On April 29 last year, during a Jolt The Vote event in Austin, O’Rourke signed a Fossil Fuel pledge at the behest of a member from 350 Austin, an environmental group, officials there said.

The pledge says only that the signer will not “take contributions from oil, gas or coal industries, and instead prioritize the health of our families, climate, and democracy over fossil fuel industry profits.” In a hand-written note in the margin of the pledge, O’Rourke added: “or any other PAC, corporation or special interest!”

The website of the No Fossil Fuel Money Pledge, organized by Oil Change US and other environmental groups, says agreeing to it means not only refusing contributions of more than $200 from oil related PACs, but also from any oil and gas company “executives.”

The bit about executives is not spelled out in the pledge O’Rourke signed, however, and Turnbull said subsequent communication with campaign aides indicated that the candidate did not intend to rule out taking money from oil and gas executives. So the Texan was removed from the list of signers in December, he said.

During his swing through New Hampshire, O’Rourke downplayed his donations from oil and gas employees, saying he’s gotten money from individuals who work for a wide swath of American businesses.