A house divided again: The vital lesson about freedom Abraham Lincoln realized — and how he worked to spread it 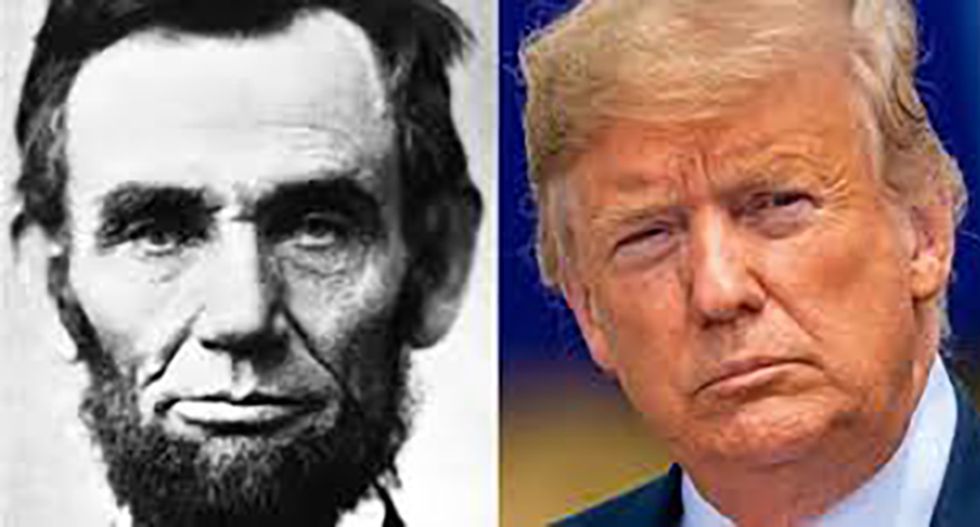 The election of Abraham Lincoln outraged many in the South. South Carolina Governor Francis Pickens declared prior to the Civil Warhe “would be willing to cover the state with ruin, conflagration and blood rather than submit” to abolition.(1) After decades of compromise on the issue of slavery, South Carolina became the first state to secede. Ultimately Governor Pickens reached his goal, but before peace was restored, conflagration and blood truly covered South Carolina.

Lincoln’s campaign and election prompted a different response from activists like Joseph Medill, co-owner and editor of the Chicago Tribune. Medill was motivated by a desire to preserve the Union and emancipate slaves, and he felt a good newspaper must report stories in ways that advanced society. To him that meant abolishing slavery. Joseph became a key player in a new generation of abolitionist leadership.

Public advocacy in the Tribune made Joseph a target. In 1860 while in Washington, D.C., he criticized concessionists, the position of Illinois Congressman William Kellogg. At the National Hotel, Congressman Kellogg attacked Joseph, landing blows to Joseph’s head and face. Kellogg had been appointed to the Committee of Thirty-Three of the U. S. House of Representatives, tasked with averting a civil war. Joseph described the assault in a letter to his wife, Katherine: “Wm. Kellogg started home in a hurry to Springfield to help beat Judd (2) for a place in the Cabinet. He is talking compromise. He [Kellogg] is a cowardly Republican and wants to back down. I quarreled with him." (3)

Joseph Medill and his partner, Dr. Charles Ray, used the pages of the Tribune to support the Lincoln administration and rally the public to the cause of emancipation. Joseph urged the swift organization of black regiments and broadcast the goals for the Union League of America (U.L.A.,) a group established to promote loyalty to the Union. Joseph played a prominent role in Union League programs.(4) The U.L.A. supported organizations such as the United States Sanitary Commission and provided funding and organizational support to the Republican Party.

Joseph’s early public calls for war turned to personal anxiety and grief when two of his younger brothers became casualties of war. Yet, he continued to support a war of liberation and pursue principles of freedom and self-government. Joseph provides a poignant example of moral imperative informing political activism.

Abraham Lincoln and supporters like Joseph Medill taught that politics must not violate human rights. Immoral behavior must never be subject to a majority vote. Robert Todd Lincoln explained his father’s views on democracy eloquently in 1896. “In our country there are no ruling classes. The right to direct public affairs according to his might and influence and conscience belongs to the humblest as well as to the greatest…But it is time of danger, critical moments, which bring into action the high moral quality of the citizenship of America.”(5)

People didn’t grasp the danger of a house divided then, and many fail to grasp it now, but history repeats itself in elusive, yet profound, ways. Today, the ugly specter of divided parties returns. No matter which party we align with, President Trump’s ability to divide us and willingness to condone violence should alarm us all.

From the beginning of his campaign, Donald Trump used rhetoric to incite supporters, using baseless slurs to disparage immigrants (6) and political opponents. During the presidential campaign in March 2016, it seemed unlikely that Trump had enough votes at the Republican National convention to secure his nomination. If that happened, Trump warned during an interview with CNN, “I think you would have riots.” (7) When President Trump wages verbal war with the intelligence community and independent sources of investigation, he provokes division that threaten to become an “irrepressible conflict,” echoing the pre-Civil-War rancor. If Americans don’t reject politicians who divide us, condone violence, label a group of people as criminal, and another group enemies of the people, we do so at our own peril.

Once again we face dilemmas that require as much of us as any time in the nation’s past. Modern Americans tend to take our stable democracy for granted, but Mr. Lincoln realized the freedoms gained in the Revolution could be lost. He enlisted newsmen like Joseph Medill to champion justice and liberty. Lincoln understood that involved citizens preserve the union, and he taught a vital lesson that only when human rights are respected is democracy worth preserving.