Wikipedia as a 'real utopia': Here's how the late Erik Olin Wright tried to to harness social scientific reasoning to construct a better socio-economic system 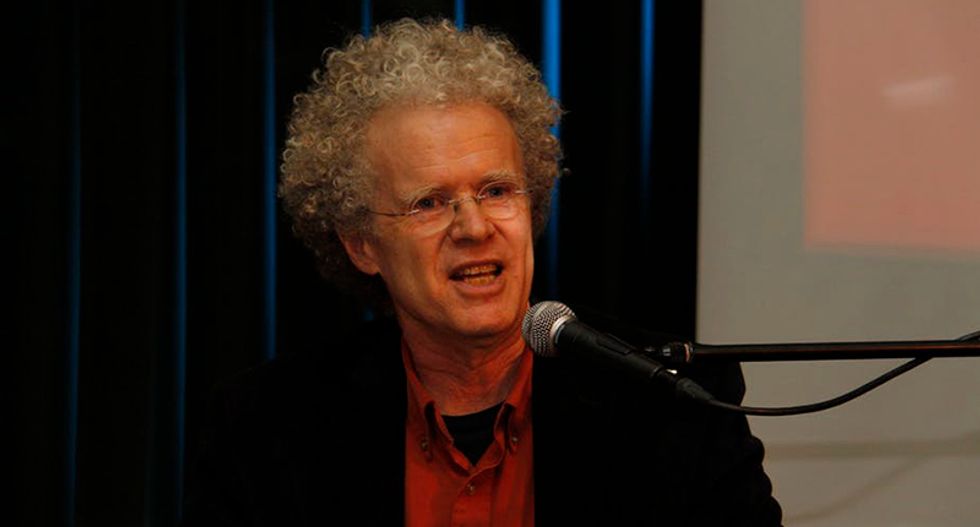 It is not uncommon for advocates of a socialist alternative to capitalism to hear others say “it’s a nice idea but it does not work in practice”, or that the Soviet experience proved, once and for all, that capitalism is the best socio-economic model we can get.

Erik Olin Wright, who died on January 23 2019, begged to differ. Wright devoted his career as a sociology professor at the University of Wisconsin-Madison to breathing new life into the study of alternatives to capitalism. He did so with a consistent concern, namely to harness social scientific reasoning to construct a better socio-economic system.

And yet, by the end of his life, Wright had reached a level of international acclaim that few Marxist theorists ever achieve. With the global financial crisis prompting a widespread search for alternatives to capitalism, and ideas he championed such as the universal basic income moving into the mainstream, Wright was a key figure behind the resurgent left on both sides of the Atlantic. His ideas are more relevant now than ever.

In 2010, Wright poured his decades of research into one of his major works entitled Envisioning Real Utopias. In this immensely lucid, accessible and important book, Wright made his most comprehensive attempt at formulating a set of ideas and strategies that could liberate humanity from its current social, economic and political restrictions – what we might term an “emancipatory” social science. He constructed it around three main axes: a diagnosis of capitalism, a look at some alternatives to capitalism and a theory of transformation. Here, Wright wished to show the reader why a socialist alternative is not only desirable but also something achievable.

While there are different possible pathways towards the socialist transformation of society, Wright told us, we are best off conceptualising alternatives to the status quo on the basis of the “anti-capitalist potential” of things that actually exist. These “real utopias”, as he called them, include such organisations as workers’ cooperatives and even Wikipedia. They are “real” simply by virtue of existing. And they are “utopian” because the values upon which they rest, along with the practices they uphold, provide insights into an emancipatory alternative that has the potential to be brought into existence.

But Envisioning Real Utopias is more than a book. It is, as I see it, akin to a manual for thinking about the practice of socialism. For Wright did not limit himself to demonstrating why capitalism ought to, and indeed can be, superseded by something better. He also highlighted how three core socialist values – equality, cooperation and freedom – can co-exist in practice. As such, he provided the reader with a guide for not merely thinking about emancipation but, also and crucially, for realising it.

Its realisation, Wright thought, would depend on the formation of institutions that can guarantee “social empowerment” or, to put it differently, individuals’ capacity to exert control, collectively, over the ownership and use of economic resources and activities. In a workers’ cooperative, for example, workers are effectively empowered by owning an equal share of the organisation and having an equal voice in decision making.

In the case of Wikipedia, one finds highly collaborative practices between a core of paid employees and volunteers. Decisions, such as what to include in different encyclopedic entries, are the result of a deliberative process between editors (which any member of the public can choose to become), without the need for a body specifically devoted to editorial control.

Wright acknowledged the fact that “social empowerment” could take several forms but insisted that, the higher its degree, the more an economy and society would be regarded as socialist.

His analytical framework can therefore be used to assess the degree of social empowerment that particular organisations have the potential to realise. This is in fact what Wright set out to do with worker cooperatives and Wikipedia. Despite their currently limited capacity to radically change things within a capitalist economy, both provide insights into the kind of institutions capable of guiding society towards greater empowerment.

Those reading the book will also be in a position to appreciate something that characterised many of Wright’s works, namely the capacity to combine a passionate stance with intellectual rigour. He was indeed critical of capitalism and passionate about emancipation, but also firmly devoted to the task of formulating a robust critical social science. Whether Wright studied inequality, the basic income, or alternatives to capitalism, he would do so with admirable assiduity, clarity and precision.

The greatest achievement of Envisioning Real Utopias is, as I understand it, its invaluable role in demonstrating that despite the reigning cynicism about the possibility for change, one need not seek refuge in a utopia in the clouds. Wright’s book is a stark reminder that elements of a vision for the future are often, if not always, found in the present. In his poignant and inspiring blog documenting the days before his death, Wright told us he did not fear death. He has now left us, but his work lives on – a work that inspires us not to fear capitalism’s death and to remain hopeful about socialism’s existence.