Why vaccine opponents think they know more than medical experts 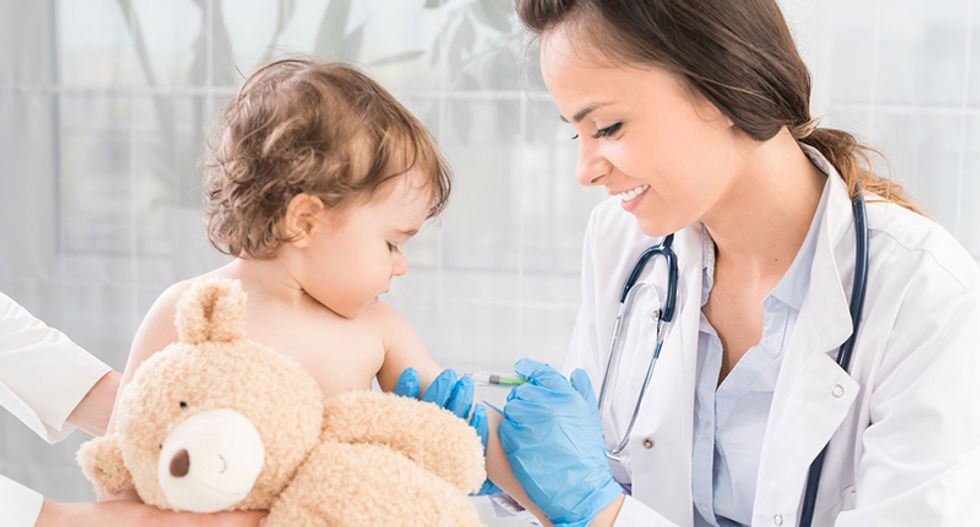 One of the most contentious areas of health policy over the past two decades has been the safety of vaccination. Vaccines prevent the outbreak of diseases that used to be widespread, like polio, and scientific consensus strongly supports their safety. Yet many Americans refuse or delay the vaccination of their children out of fear that it could lead to autism, even though scientific consensus refutes this claim.

Anti-vaccine attitudes have been fueled in large part by growing rates of autism diagnoses as well as a now debunked study in The Lancet that linked autism and the measles mumps rubella (MMR) vaccine – pushing many parents to see vaccination as a potential explanation for their child’s autism diagnosis.

The growing “anti-vax” movement here and abroad has seen parents refuse to give their children mandatory school vaccinations, growing numbers of celebrities questioning vaccine safety, and even pet owners refusing to vaccinate their dogs – forcing the British Veterinary Association to issue a statement in April that dogs cannot develop autism.

Given the consistent message from the scientific community about the safety of vaccines, and evidence of vaccine success as seen through the eradication of diseases, why has the skepticism about vaccines continued?

One possibility is that attitudes about medical experts help to explain the endorsement of anti-vax attitudes. Specifically, building on past research, our research team contends that some U.S. adults might support anti-vax policy positions in part because they believe they know more than medical experts about autism and its causes. We wanted to test this theory.

Vaccination has been one of public health’s greatest success stories. It led to the eradication of smallpox and to widespread elimination of polio. Eradication of a disease means that it has been permanently wiped out and that intervention efforts are no longer necessary; smallpox so far is the only disease that has been eradicated. Elimination means a reduction to zero incidence in a specific geographic area as a result of deliberate efforts. Vaccination has protected millions from the ravages of tetanus, whooping cough and even chicken pox.

And yet, vaccine skepticism persists, extending into the political realm, with many politicians questioning the safety of vaccines. Most notably, President Donald Trump has questioned the credentials of doctors calling for vaccination, pushed for slowed vaccination schedules, and tapped vaccine skeptic Robert Kennedy Jr. to chair an administrative panel on vaccine safety.

We wondered: Could the inability of anti-vaxxers to accurately appraise their own knowledge and skills compared to those of medical experts play a role in shaping their attitudes about vaccines? This inability to accurately appraise one’s own knowledge is called the Dunning-Kruger effect, first identified in social psychology. Dunning-Kruger effectsoccur when individuals’ lack of knowledge about a particular subject leads them to inaccurately gauge their expertise on that subject. Ignorance of one’s own ignorance can lead people who lack knowledge on a subject think of themselves as more expert than those who are comparatively better informed. We refer to this as “overconfidence.”

To test our hypothesis, our research asked more than 1,300 Americans in December 2017 to compare their own perceived levels of knowledge about the causes of autism to those of medical doctors and scientists. After doing that, we asked respondents to answer a series of factual knowledge questions about autism, as well as the extent to which they agree with misinformation about a potential link between childhood vaccines and autism.

We found that 34 percent of U.S. adults in our sample feel that they know as much or more than scientists about the causes of autism. Slightly more, or 36 percent, feel the same way about their knowledge relative to that of medical doctors.

We recently published our findings at the journal Social Science and Medicine.

Our research also finds that these Dunning-Kruger effects have important implications for vaccine policy.

In addition to gauging autism knowledge, our survey asked respondents to share their opinions on several aspects of vaccine policy. For example, we asked respondents whether or not they support parents’ decisions to not vaccinate their children before sending them to public schools. Respondents could tell us whether they strongly agree, agree, neither agree nor disagree, disagree or strongly disagree with that statement.

Our study also finds that people who think they know more than medical experts are more likely to trust information about vaccines from non-expert sources, such as celebrities. These individuals are also more likely to support a strong role for non-experts in the process of making policies that pertain to vaccines and vaccination.

Ultimately, our results point to the uphill battle that the scientific community faces as it confronts growing anti-vax sentiment from the public and politicians alike. Even as the mountain of evidence on the safety and importance of vaccines from doctors and scientists continues to grow, many Americans think they know more than the experts trying to correct their misperceptions.

Therefore, finding new ways to present scientific consensus on vaccines to an audience skeptical of medical experts should be a priority. Our research suggests that one interesting area for future research could be to examine whether pro-vaccine information from non-expert sources like celebrities could persuade those with anti-vaccine policy attitudes to change their minds.