What the hell is going on in Virginia? State AG admits to wearing blackface in college 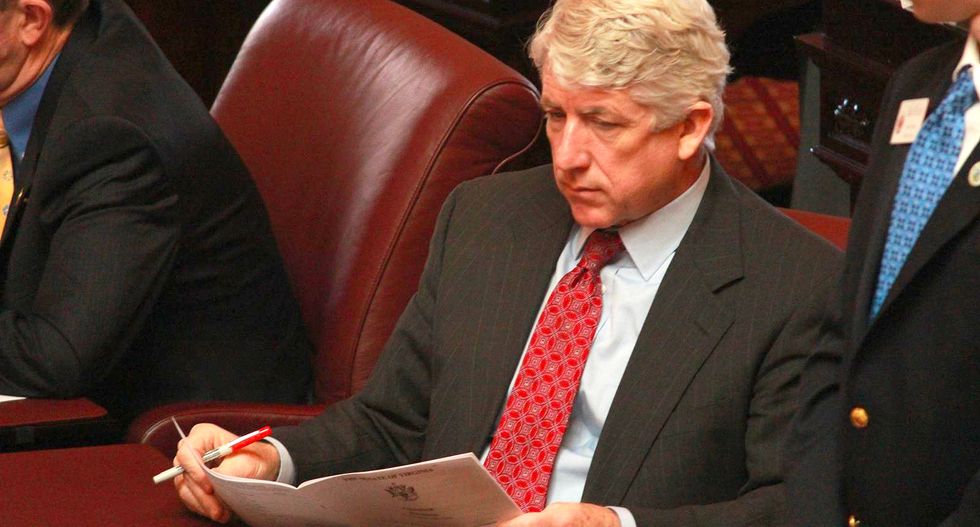 Things got even more turbulent in Virginia on Wednesday when Attorney General Mark Herring, a Democrat who is second in line for the governorship, admitted to dressing in blackface when he was in college. Herring put out a statement saying that in 1980, when he was 19, “some friends suggested we attend a party dressed like rappers we listened to at the time, like Kurtis Blow, and perform a song.”

Herring added that, “It sounds ridiculous even now writing it. But because of our ignorance and glib attitudes—and because we did not have an appreciation for the experiences and perspectives of others—we dressed up and put on wigs and brown makeup.” The attorney general said this was a “onetime occurrence” that “clearly shows that, as a young man, I had a callous and inexcusable lack of awareness and insensitivity to the pain my behavior could inflict on others.”

Herring’s announcement comes during a very chaotic week in Virginia. On Friday, a racist photograph from Democratic Gov. Ralph Northam’s 1984 medical school yearbook page surfaced that showed a pair of men, with one dressed in a KKK robe and hood and another wearing blackface. Northam initially apologized “for the decision I made to appear as I did in this photo.”

However, Northam reversed himself the next day, denying that either figure was him even as he confessed that he had worn blackface at a dance contest, also in 1984, where he sought to impersonate Michael Jackson. Northam has resisted near-universal calls for his resignation, and the Washington Post reported Tuesday night that he has even considered leaving the Democratic Party and attempting to govern the state as an independent.

Democratic Lt. Gov. Justin Fairfax would become governor if Northam were to resign, but he’s dealing with his own problem. Back in 2017, a woman now identified as Vanessa Tyson told the Washington Post that Fairfax had sexually assaulted her at the 2004 Democratic National Convention, an encounter Fairfax described as consensual. The allegations were not public until a few days ago when they appeared in the conservative site Big League Politics and Fairfax denied them. The Post soon said they had chosen not to run this story after Tyson approached the paper following Fairfax's win in 2017 because it could not corroborate her account, nor could it find "similar complaints of sexual misconduct" against Fairfax.

Fairfax has continued to deny any wrongdoing and so far, Virginia Democrats have adopted a wait-and-see attitude rather than call for his resignation. However, on Wednesday at around the same time the Herring story was breaking, NBC reported that Fairfax had angrily declared, “Fuck that bitch” during a private meeting on Monday regarding his accuser. Fairfax’s chief of staff soon said this report was “[a]bsolutely not true. I was there.”