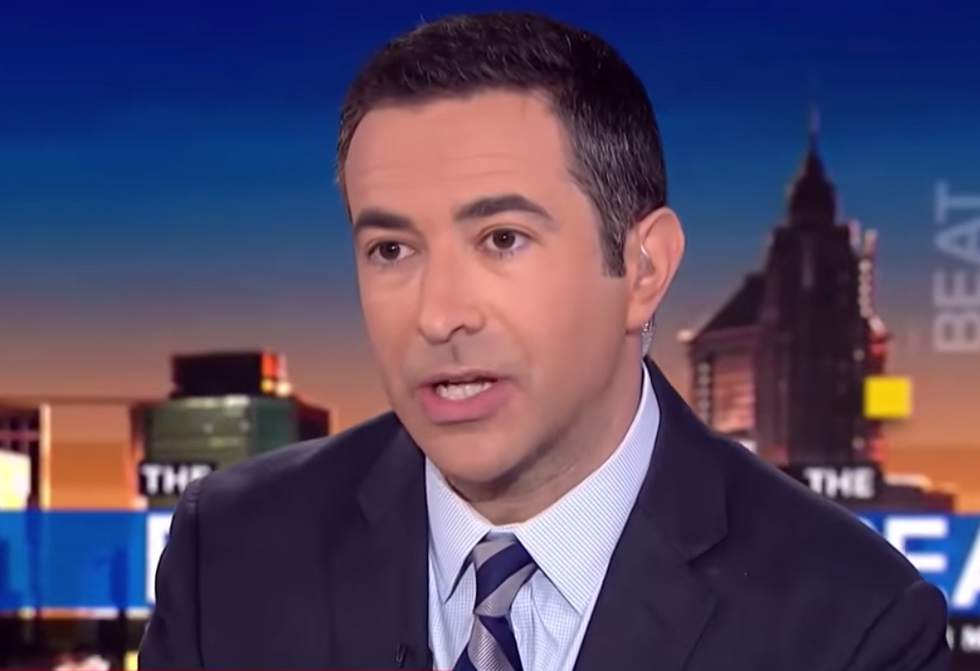 When President Donald Trump takes the stage for the State of the Union address on Tuesday night, he will be speaking to a crop of new, overwhelmingly Democratic members of Congress who are likely to disagree with most of his agenda for the new year.

Trump surrogate and former Rep. Jack Kingston (R-GA) doesn't think the president should care about the opinion of new members like Rep. Alexandria Ocasio-Cortez (D-NY). But when he tried to expound on why on MSNBC, Ari Melber shut down his patronizing rationale.

"Let me say, number one, we have a 29-year-old coffee barista telling a man who's made billions of dollars running management and enterprises, investments in real estate over the globe, and she's going to tell him how to manage the world—"

"She's, she's not — hang on, I'll go back to you, but she's not being quoted today based on the fact that she worked in retail or in service," said Melber. "She's being quoted as a member of Congress, the same title of yours. Do you not give her the respect of the title you held?"

"I — I'd say, when it comes to managing and running affairs, and running a big corporation, I'm gonna go with Donald Trump over someone who doesn't have a track record of anything," he replied.

First of all, if Kingston wants to talk about "track records," he might want to consider the fact that Trump has repeatedly settled lawsuits for stiffing contractors and real estate buyers, and declared bankruptcy six times. And second of all, running a business has nothing to do with running the federal government.

This kind of contemptuous dismissal of Ocasio-Cortez, based on her background and her age, has been pervasive ever since she won the primary for New York's 14th Congressional District in an upset last year. Washington Examiner reporter Eddie Scarry and former Florida congressman-turned-governor Ron DeSantis called her a "girl." In both cases, she fired back at them on social media.

Republicans have done their utmost to discredit Ocasio-Cortez before she can advocate for her fiercely progressive agenda in Washington. But she is still standing — and those who attack her end up bruised.