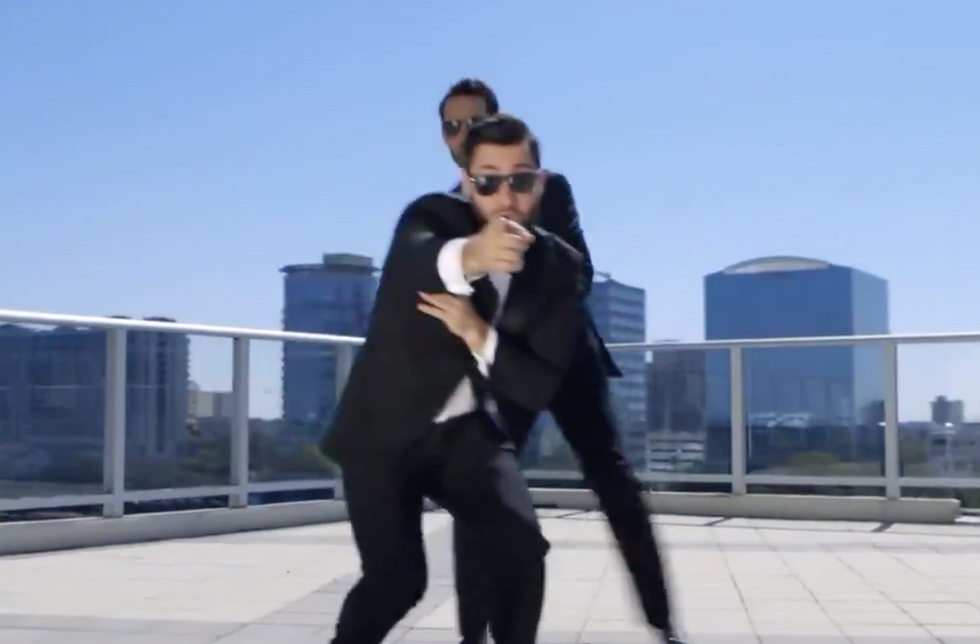 Back in 2015, as the country was deep in the midst of the ongoing opioid crisis, at least one major pharmaceutical company thought its sales reps weren’t doing enough to push higher doses of its highly potent fentanyl product, so company executives produced a parody rap video to spur them on.

The video emerged last week during the trial in Boston of Insys Therapeutics Inc. founder John Kapoor and four of his former executives on charges they conspired to pay bribes and kickbacks to doctors to get them to prescribe the company’s fentanyl spray, which was designed to treat cancer patients with severe pain.

One of those executives was a former stripper hired as a regional sales manager even though prosecutors said she had no pharmaceutical experience. She was good at providing lap dances for doctors, though.

More than 900 people have died from Insys’ fentanyl spray since it was approved in 2012.

The video, “Great by Choice,” features suit-and-tie wearing sales reps rapping to the tune of an A$AP Rocky song, but with lyrics focused on getting doctors to gradually increase the doses of fentanyl spray they prescribed to patients, a process known as titration.

“I love titrations, yeah, that’s not a problem. I got new patients and I got a lot of ’em,” the sales reps rap. “Build relationships that are healthy. Got more docs than Janelle’s got selfies.”

And, of course, a shout-out to the boss:

“What we built here can’t be debated. Shout to Kapoor for what you’ve created,” they rap. “While the competition just making noise. We’re making history because we’re great by choice.”

The video also includes a cameo from former Insys vice-president of sales Alec Burlakoff. He pleaded guilty to racketeering conspiracy in November and is expected to testify against Kapoor in the current trial. He enters dressed up as a bottle of fentanyl spray before unveiling himself as the company’s hard-charging sales cheerleader.

The video is just the latest explosive revelation from the trial, which is expected to last for several more weeks, and, while not as titillating as the lap-dancing sales exec, does as much to demonstrate the craven corporate culture fostered by Kapoor in his bid to turn a profit off pain medications.

And now, Kapoor and his former top execs are turning on each other. Burlakoff and another key witness, former CEO Michael Babich, who pleaded guilty last month, are pointing fingers at Kapoor. Babich testified last week that Kapoor pushed sales reps to get doctors to put patients on higher doses, and Burlakoff is expected to echo that testimony.

Kapoor’s attorneys, though, are portraying Burlakoff and Babich as liars seeking reduced sentences and blaming Burlakoff for any criminal activity. Is there no honor among pharma execs?