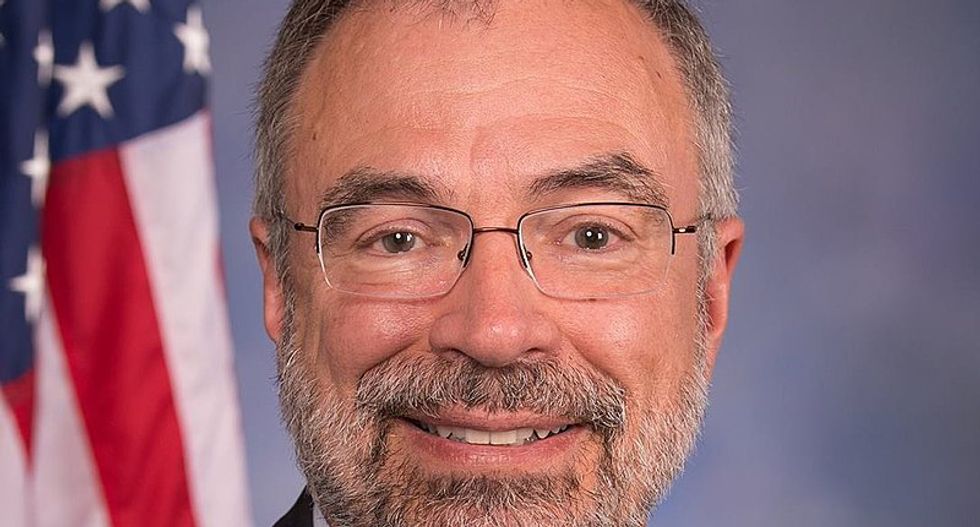 U.S. Rep. Andy Harris (R-MD), representing Maryland’s Eastern Shore, has quite a reputation among marijuana reform activists—and not a good one. For years, Harris has done everything he can to block progressive reforms and has hamstrung the District of Columbia’s efforts to bring full pot legalization—meaning taxed and regulated sales, not just the legalization of possession and cultivation—to the nation’s capital.

But his latest nasty stunt only solidifies his reputation as not only a foe of marijuana law reform but as a first-class vindictive jerk. After a contentious protest last October led by local marijuana activists fed up with Harris’ interference in D.C. home rule, staffers and activists set up a meeting at Harris’ congressional office.

Among those attending was Salisbury University student activist Jake Burdett. Burdett briefly live-streamed part of the meeting without seeking anyone’s permission—a violation of Maryland’s “all-party consent” law requiring that any recordings only take place with the knowledge of the individuals involved.

According to Maryland Marijuana Justice (MDMJ), the activist group of which Burdett is a member, the student was not aware of the state law regarding recordings, and when he was made aware of it after the meeting, he apologized to the staffer involved and deleted the live stream the next day.

Harris could have accepted Burdett’s moves to atone for his innocent misdeed. Instead, he pressed felony charges against him—for revealing to the public what a public servant was saying in a government office on government time.

Adam Eidinger, the D.C. activist who led the successful 2014 legalization initiative and who grew so irritated with Harris’ interference in D.C. home rule that he moved to Harris’ district and co-founded MDMJ, is calling him out on it.

“Jake, who is a serious student leader, has a bright political future ahead of him that Representative Andy Harris wants to tarnish. In his honest attempt to provide the public with transparency into actions of a Congressional office that regularly insults marijuana reformers with false accusations, Jake’s livestream served as a conduit for the public to witness the endemic corruption in Salisbury,” he said in a statement.

“By deciding to throw the book at Mr. Burdett for an honest mistake, one that was fixed almost immediately, it shows how partisan and petty Congressman Harris has become. He clearly wants to chill citizen participation in government,” Eidinger added.

“Is it unreasonable for a 20-year-old to think that it’s legal to record a staffer of a United States Congressman in a public space? In a society that supposedly values transparency in government, I do find it odd that Jake can be found guilty of the ‘crime’ of recording the staff of elected government representatives in a taxpayer-funded space,” he said.

“Rep. Harris wants to pretend to be victimized by a 20-year-old’s deleted livestream, while he supports the racist war on drugs that actually victimizes thousands of people a day by locking them up for the victimless crime of smoking marijuana, a non-addictive substance with many medicinal benefits.”

Harris’ hostility toward Burdett and the other MDMJ activists is matched only by his hostility toward their cause. Named by Forbes as one of the five worst House representatives on marijuana policy, Harris has used his position on the House Appropriations Committee, which has authority over District of Columbia spending, to try to stop the D.C. Council from decriminalizing pot possession, a move that led the city’s non-voting delegate to Congress, Rep. Eleanor Holmes Norton (D), to call him “a tyrant.”

When District voters approved marijuana legalization at the ballot box in 2014, Harris was on hand again to try again to throw up obstacles. He couldn’t stop the city from ending marijuana prohibition, but he and his Republican colleagues in the House were able to block the District from regulating commercial sales.

It’s not just that he doesn’t believe in changing the marijuana laws; he has repeatedly evidenced a vindictive streak. When D.C. Mayor Muriel Bowser (D) allowed the legalization vote to go into effect despite objections from Republicans in Congress, Harris said she should be locked up.

In remarks made before the 2016 elections, Harris said if a Republican won the White House, he hoped he would prosecute the D.C. mayor: “You have to wait for the next administration. It’s a five-year statute of limitations,” Harris said. “All I can say is we’ll gather all the information. Maybe next the attorney general actually wants to enforce the law.”

He also isn’t a fan of democracy in the District: “We don’t take lightly interfering in D.C. home rule, but when they make clearly bad decisions…. This is where I think D.C. made a bad decision about its own rule and we have—the Congress has—the ultimate authority.”

Harris’ vindictiveness wasn’t aimed just at D.C., though; he also wanted to crack down on states whose voters had democratically chosen to legalize marijuana. “It is illegal under the law. This is an example of the administration not wanting to enforce the law,” he said.

Harris is a big fan of enforcing the law. In fact, he’s such a big fan that he’s using the law to hammer down a student activist who irritated—but did not harm—him or his staff.