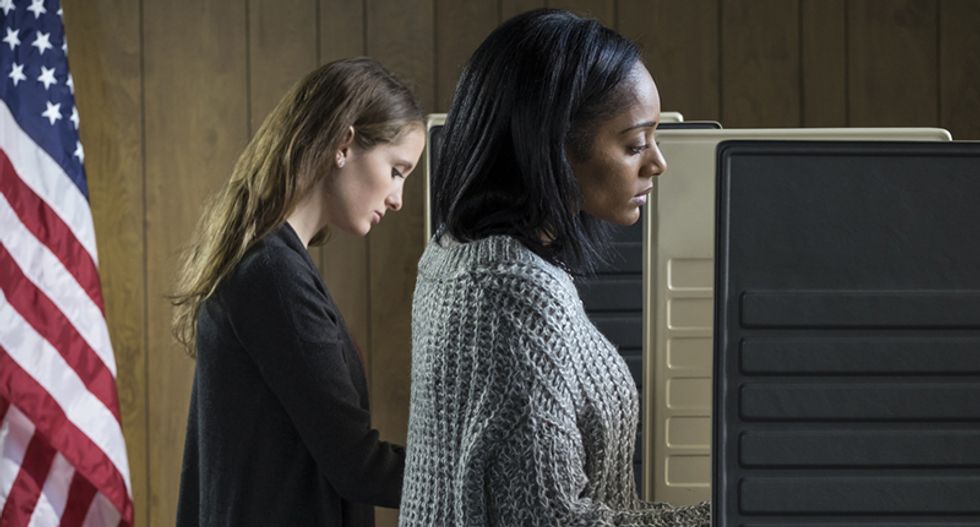 Two Homeland Security task forces created to combat foreign election meddling in the wake of Russia’s interference in the 2016 election have been gutted ahead of the 2020 race, The Daily Beast reports.

The two task forces were created as part of the Cyber Security and Infrastructure Agency (CISA) within DHS to protect elections against foreign actors. One of the task forces is charged with securing election infrastructure while the other is focused on influence campaigns like the Russian social media disinformation campaign during the 2016 race.

DHS officials told The Daily Beast that one of the task forces has dwindled to half the size it was just a few months ago while the other was reduced significantly after the midterm elections in November. The officials said there was no indication that the task forces would be restaffed and worry that senior political appointees will allow the units to wither away.

“The clear assessment from the intelligence community is that 2020 is going to be the perfect storm,” one DHS official told the outlet. “We know Russia is going to be engaged. Other state actors have seen the success of Russia and realize the value of disinformation operations. So it’s very curious why the task forces were demoted in the bureaucracy and the leadership has not committed resources to prepare for the 2020 election.”

A DHS spokesperson confirmed to The Daily Beast that some of the task force members were reassigned to other roles but insisted that the department would bring in new members to secure future elections.

“While some of the personnel who were brought on to serve on these task forces in temporary assignments have returned to their regular roles, we are also currently hiring new employees into permanent election positions to build out our team and support our efforts for 2020 and beyond,” said DHS spokeswoman Sara Sendek.

But the task forces haven’t just shrunk, they’ve been sidelined. The task forces previously reported directly to Senate-confirmed CISA chief Chris Krebs, but since the midterms they have reported to an official who is “much lower in the chain of command,” The Daily Beast reported. A DHS official said the change suggests the task forces’ work is not a top priority for the political appointees heading the department.

Another former DHS official told the outlet that securing elections with full resources is an “extremely tall task” but having the task forces “be deprioritized and lacking access to senior leadership” makes the job “virtually impossible.”

DHS staffers told The Daily Beast that many in the department are frustrated because political chiefs have put less emphasis on election security while increasing focus on border security.

“It’s very clear which direction we’re headed in DHS,” one staffer told the outlet. “Everything, it seems, is dictated by someone higher up the chain who is making it abundantly clear to the rest of us that immigration and border security are the real focuses.”

Along with the border wall, President Trump has tasked DHS with investigating widespread in-person voter fraud, which is virtually nonexistent, to continue the work done by the doomed Presidential Advisory Commission on Election Integrity, led by Vice President Mike Pence and former Kansas Secretary of State Kris Kobach.

Paul Rosenzweig, who previously served as deputy assistant secretary for policy at DHS, told The Daily Beast that the cuts to the election task forces show that the White House is pushing a political agenda and is not listening to the intelligence agencies’ warnings about the threat of foreign interference in 2020.

“If the president isn’t interested and there is no strategy, it’s no surprise that DHS is not wasting its time,” he said. “The failure of the White House to take this seriously is perhaps its single most significant dereliction of duty.”