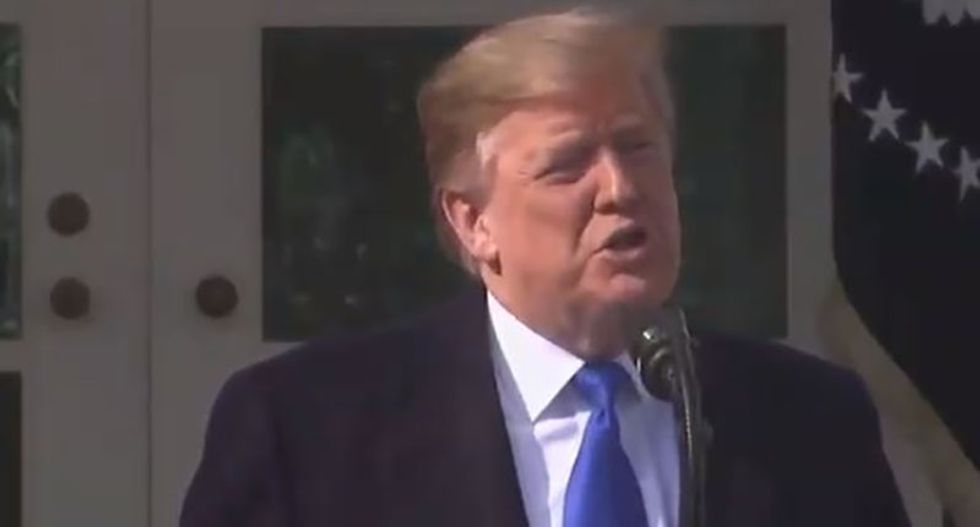 In the middle of a speech declaring a national emergency at the U.S.-Mexico border, a sniffling President Donald Trump segued into the details of trade negotiations with China, and said he was ‘most excited’ about language providing for the death penalty for drug dealers. Trump also made a point of imitating Chinese President Xi Jinping’s accent.

Trump said that before discussing trade with the Chinese president at the summit in Argentina in December, they discussed the problem of drugs.

“I said, ‘listen, we have tremendous amounts of fentanyl coming into our country, kills tens of thousands of people, I think far more than anybody and I’d love you to declare it a lethal drug and put it on your criminal list,'” Trump said, adding that he was surprised when Xi told him China didn’t have the same problems with drugs as the U.S.

“I said ‘you have 1.4 billion people, what do you mean you have no drug problem?'” Trump said. Then, in an accent meant to approximate Xi’s, Trump said the Chinese leader replied, “‘Death penalty. We give death penalty to people that sell drugs, end of problem.'”

“President Xi agreed to put fentanyl on his list of deadly, deadly drugs, and it’s a criminal penalty and the penalty is death,” Trump said. “So that’s frankly one of the things I’m most excited about in our trade deal.”